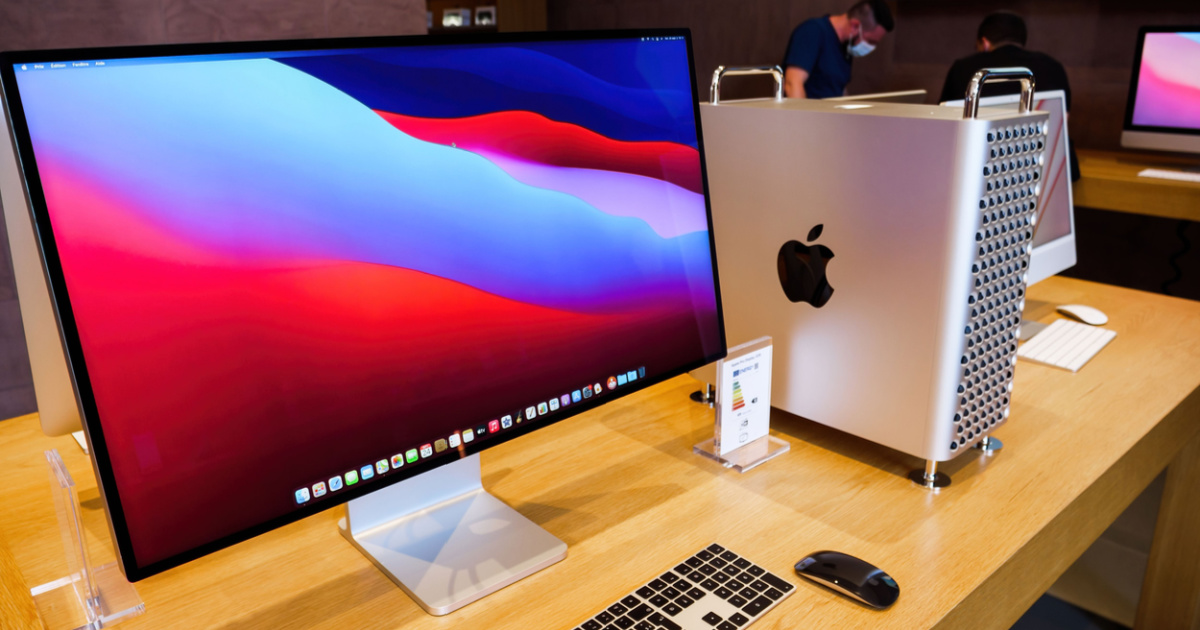 In addition to the down-scaled Mac Pro, Apple is reportedly planning new external displays for 2023. These new monitors, including an updated Apple Pro Display XDR, will incorporate Apple Silicon.

Sources indicate the Cupertino-based tech giant is developing “multiple new external monitors.” Among these include a new, updated Pro Display XDR, first launched alongside the current Intel Mac Pro in 2019.

The updated Pro Display XDR could come later than the new Mac Pro, though, as Apple is further along in developing the computer. However, Gurman points out the new monitors will include Apple Silicon chips.

Including Apple Silicon, like the company did with its Studio Display, helps the monitor rely less on CPU and GPU resources from the attached computer.

The Benefit of Apple Silicon for an External Monitor

Apple’s Studio Display packs an A13 Bionic chip, which allows it to process a number of functions entirely within the monitor. These include support for Spatial Audio and Center Stage for the display’s built-in webcam.

The current Studio Display offers a 27-inch screen with 5K resolution and a 12MP Ultra Wide camera. The Pro Display XDR offers a 32-inch display with 6K resolution, but no built-in camera.

By adding Apple Silicon to a new, updated Pro Display XDR, Cupertino could add in a webcam as well as other features without taxing whatever Mac the monitor is attached to.

As for the other monitors mentioned, display industry consultant Ross Young has indicated Apple would launch a new 27-inch monitor in early 2023. This display, featuring a 27-inch mini-LED panel, could be a new Studio Display with ProMotion support.