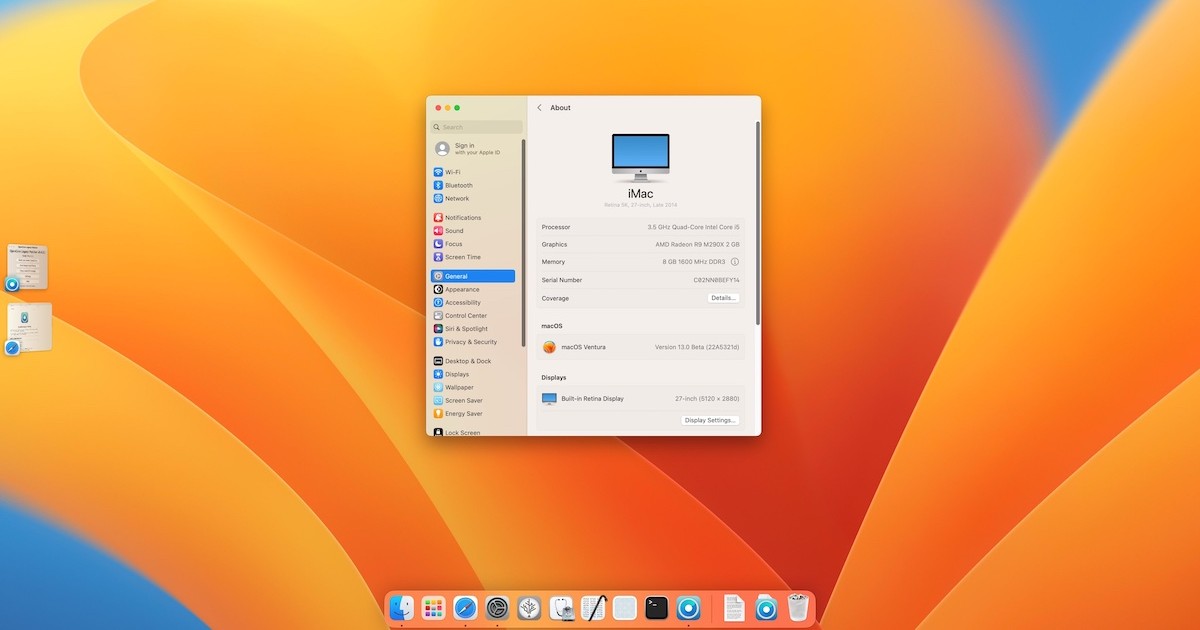 A Hack to Get macOS Ventura onto Older Macs

However, a Tweet by OpenCore Legacy Patcher project lead Mykola Grymalyuk reveals that there is still some hope for older Macs. In thanks to months of work, the team developing the project has successfully gotten macOS Ventura to run on Macs with “legacy Metal GPUs”.

For those not in the know, OpenCore is a bootloader that is used by enthusiasts in order to create their own “Hackintoshes”, which are typically PCs that run macOS. Additionally, OpenCore Legacy Patcher follows the same logic. However, it also allows older and officially unsupported Macs to run newer releases of macOS.

For those running legacy Apple hardware, this may be a way to keep your older Mac up to date. Of course, for those willing to take the plunge, finding your own support should things go wrong will ultimately be up to you.

Since this is obviously an unofficial means to get the latest OS, good luck receiving help from Apple should things go awry. Furthermore, Grymalyuk also warns that there is currently no time estimate for when there will be mainline support for the features introduced in the mainline version of the OpenCore Legacy Patcher. Essentially, you may be waiting awhile to upgrade your legacy device.

For the public, macOS Ventura will probably see release in September or October.

Of course, now may be a good time to go for an upgrade. Or, if you can, why not try out the public beta of macOS Ventura?

Do you plan on upgrading to macOS Ventura when it releases? Let us know in the comments.