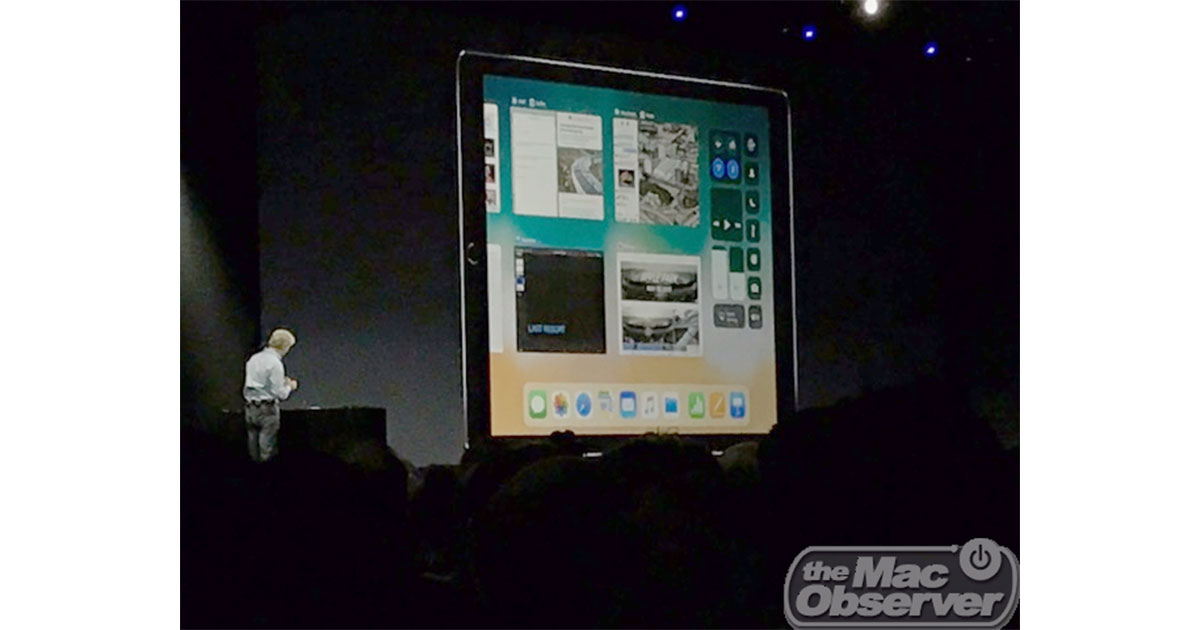 The iOS 11 Dock lets you quickly jump between apps with a tap, and also lets you choose apps for split screen mode.

iOS 11 includes drag-and-drop support on the iPad, and you can even select multiple items while you drag including text, URLs, and graphics. Apple’s Craig Federighi said, “It’s a drag fest!”

iOS 11 is available today as a beta for developers and as a free update for all users this fall.

Apple’s Worldwide Developer Conference keynote us still underway. Be sure to follow along with TMO’s coverage from the event.