iOS 13 added live lyrics to Apple Music, and Apple recently added a Lyrics to Live By video series from musicians (via Billboard).

Lyrics to Live By

The video series is from musicians like Halsey, Hunter Hayes, and Midland where they share the stories behind their careers. Modern Masters is a list of playlists from Pop and R&B musicians like Sia, Julia Michaels, Ryan Tedder, and more. Finally, Songwriting Gods and Goddesses are playlists from the legends like Elton John, Joni Mitchell, Neil Young, and Bruce Springsteen. 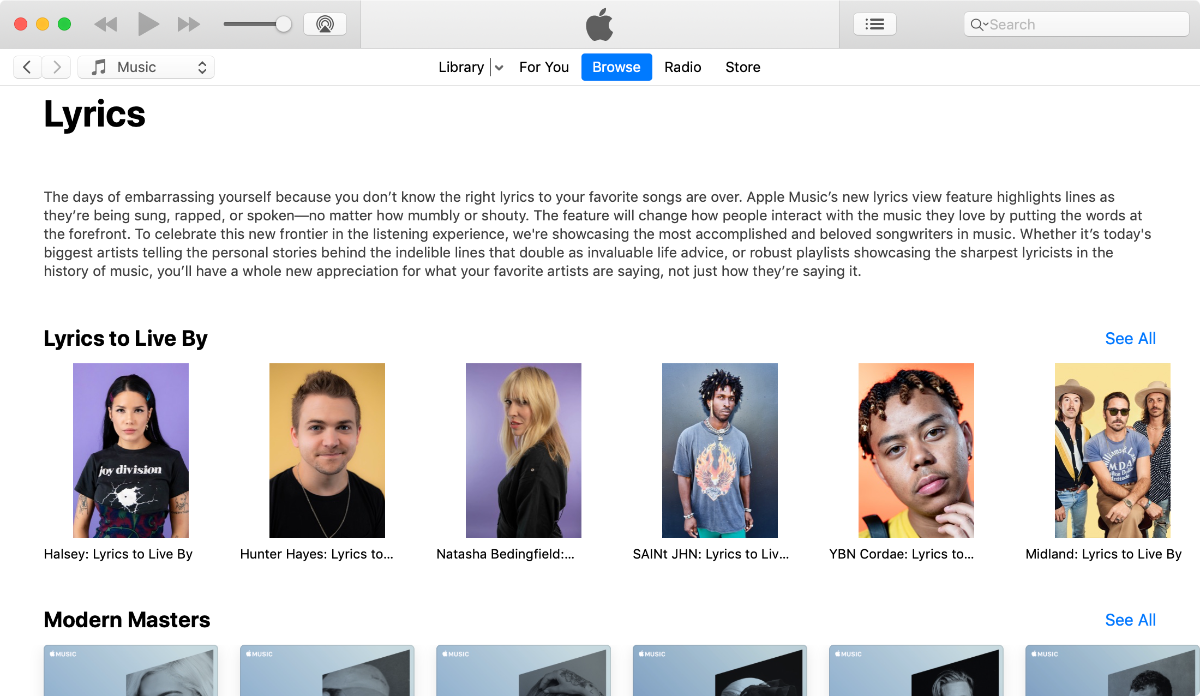