Siri turned five years old Tuesday, having been launched on October 4th, 2011. She’s changed a lot in that time, grown up a bit. But she’s not too old to appreciate us singing to her.

Our friend Adam Christianson sang to her on his iPhone: 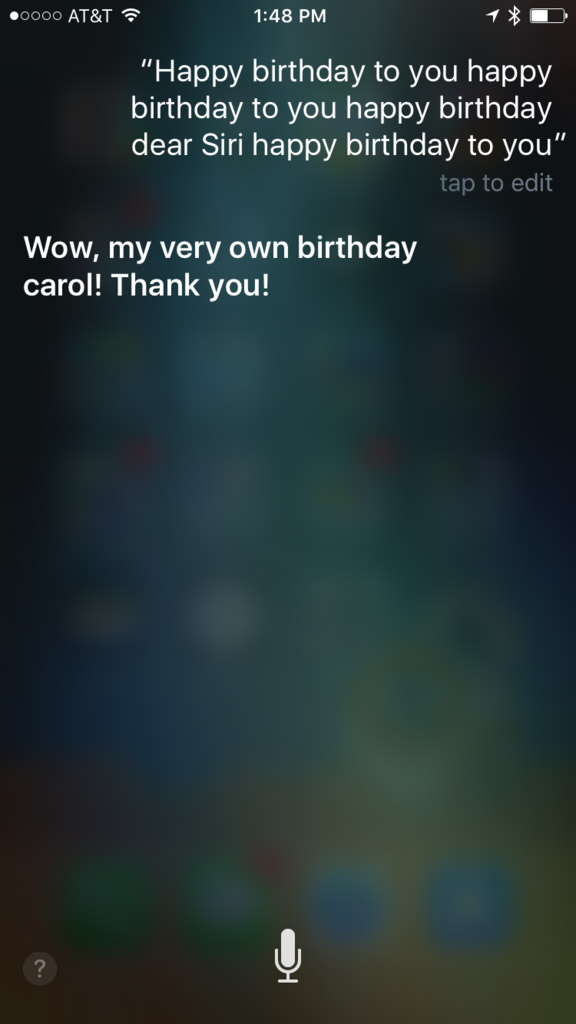 With Siri being newly introduced to the Mac in macOS Sierra, I wanted to see what she would say there. Turns out she’s good to go on both Mac and iOS. 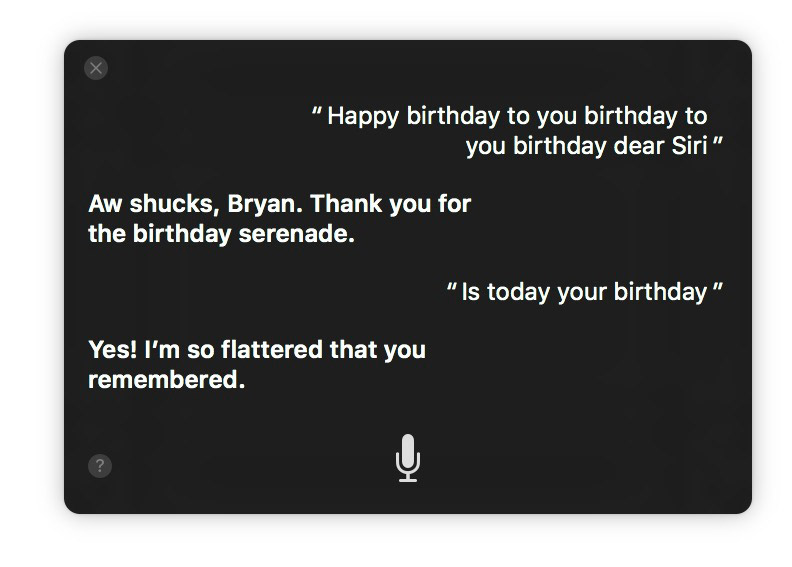 Siri Reacting to a Birthday Song on macOS Sierra

Siri isn’t human, and she’s not conscious, but she does a lot for us. Feel free to join TMO in singing her your favorite birthday tune.

Oh, wait, I see now this was yesterday. Sorry.

She was ‘born’ on the same day Steve died?

Sing to Siri? Why? She will just get it wrong as always.

Siri should be and IS Apples biggest embarrassment.

Lee Dronick – Just don’t mention Her to Siri, She doesn’t like Her 😀

Her and I have a love hate relationship.