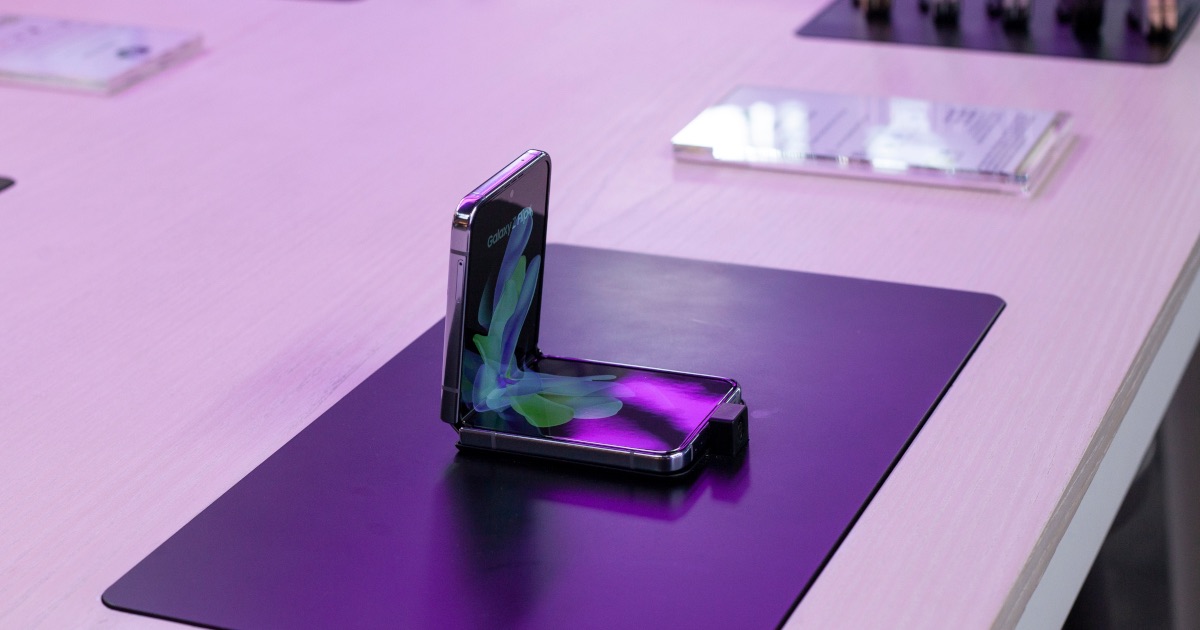 With Samsung continuing to explore the foldable smartphone market, the South Korean tech company also believes Apple will soon join the party. However, rather than starting with an iPhone that folds, Samsung believes Apple may start with a foldable notebook or tablet.

While Apple has yet to enter the world of foldable devices, Samsung Mobile Experience believes that Cupertino will enter the market as soon as 2024.

According to TheElec, the South Korean Tech company expects Apple to enter the folding-device market by as early as 2024. However, it won’t be with a smartphone, but potentially with a tablet or notebook.

According to Samsung, iPhone users in South Korea in their 20’s and 30’s are moving to Samsung’s foldable phones “at a rate three to four times higher than before”. Samsung also stated that up to 90% of current foldable smartphone users are likely to buy another foldable device as their next phone as well.

As observed by AppleInsider, current foldable phones don’t necessarily fall into Apple’s typical designs, whereas Samsung admits that there are improvements to be made if foldable devices want to find a larger market. Some notable challenges include the “crease” in the screen and overall bulk of devices.

Apple looking into the world of foldable devices could be a possibility, but TheElec also notes that “foldable smartphone[s] only account for 1% of the total smartphone market”. While Samsung believes this is only going to continue to grow, it doesn’t currently seem like a large enough market for Apple to make immediate plans. However, TheElec also notes that Samsung expects the foldable device market to have a compound annual growth rate of 80% by 2025.

If Samsung’s suspicions are correct, a foldable MacBook could be a big draw. However, I will admit that some of the novelty of the Samsung Z Flip is starting to rub off on me.

While Samsung jests, the market on foldable phones seems a bit small at this stage for Apple to make it a priority. It would be great to have some fantastic Z Flip/iPhone hybrid, though it also doesn’t seem like the tech is quite there yet.

A slim-iPhone that folds Z Flip-style would instantly get my money. Of course, two years could give ample time for the tech to evolve. Personally, I do think there’s a lot of potential for the foldable smartphone market, once a few of the kinks are worked out.

What do you think about Apple developing foldable devices? Let us know in the comments.

One thought on “Samsung Believes Apple Will Enter Foldable Device Market by 2024, Starting with Tablets, Notebooks”