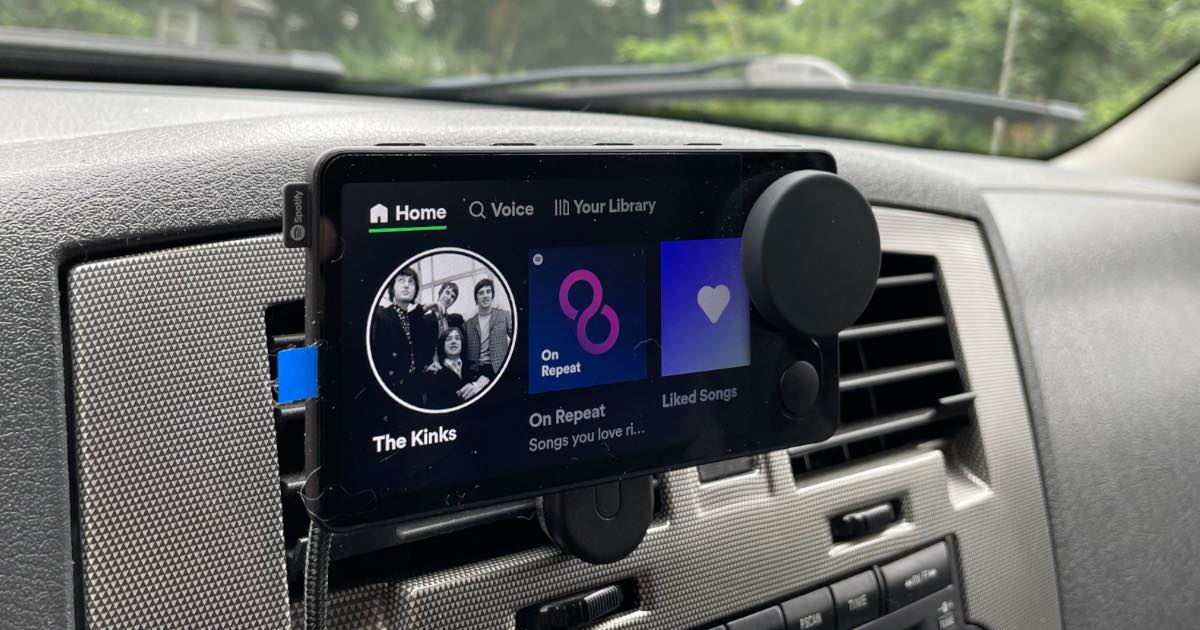 During its second quarter earnings release, Spotify has announced that it is discontinuing Car Thing, an in-vehicle device used for controlling music. The device only saw an official release earlier this year.

Currently, the Spotify Car Thing is still for sale, though with a massive discount.

During the company announcement of its second quarterly earnings, Spotify did see a 19% increase in monthly active users, with a total now close to 433 million total users. Originally, the company projected that its exit from Russia as well as a service outage would see the company grow with only 14 million new users this quarter. The company brought in 19 million.

However, the company missed on gross margins, which Spotify believes was “negatively impacted” by the decision to stop manufacturing Car Thing. According to TechCrunch, Spotify took a $31.4 million charge through the Car Thing business line.

The goal of Spotify’s Car Thing exploration was to better understand in-car listening, and bring audio to a wider range of users and vehicles, a spokesperson told TechCrunch. Based on several factors, including product demand and supply chain issues, we have decided to stop further production of Car Thing units. Existing devices will perform as intended. This initiative has unlocked helpful learnings, and we remain focused on the car as an important place for audio.

Seeing an official launch in April, Spotify’s Car Thing will still receive support for devices that have been sold to the public. However, it seems like this is the end of the line for Spotify and its move into hardware.

For Spotify, while it beat its own estimates for sales and earnings, the company still runs without making a profit. Concerning the quarter, the company reported a net loss of $197 million on sales of $2.9 billion.

Concerning Car Thing, it is an unfortunate day indeed. As a personal user of Car Thing, I thought it was an excellent device for using the streaming service in your vehicle, especially if you drive a vehicle that lacks Bluetooth. Personally, all it needed was GPS support, and the device would be a perfect match for almost any vehicle.

While it is highly unlikely that Spotify will continue to update the device, hopefully the support promised by Spotify will bring some improvements.

For those interested, you can still purchase Car Thing for $49.99, which is a heavy discount from the original $89.99 price tag. Featuring voice control and four different ways to mount the device, the price discount may make the device more advantageous than before.

Are you a Spotify Car Thing user? How do you feel about Spotify discontinuing the Car Thing? Let us know in the comments.