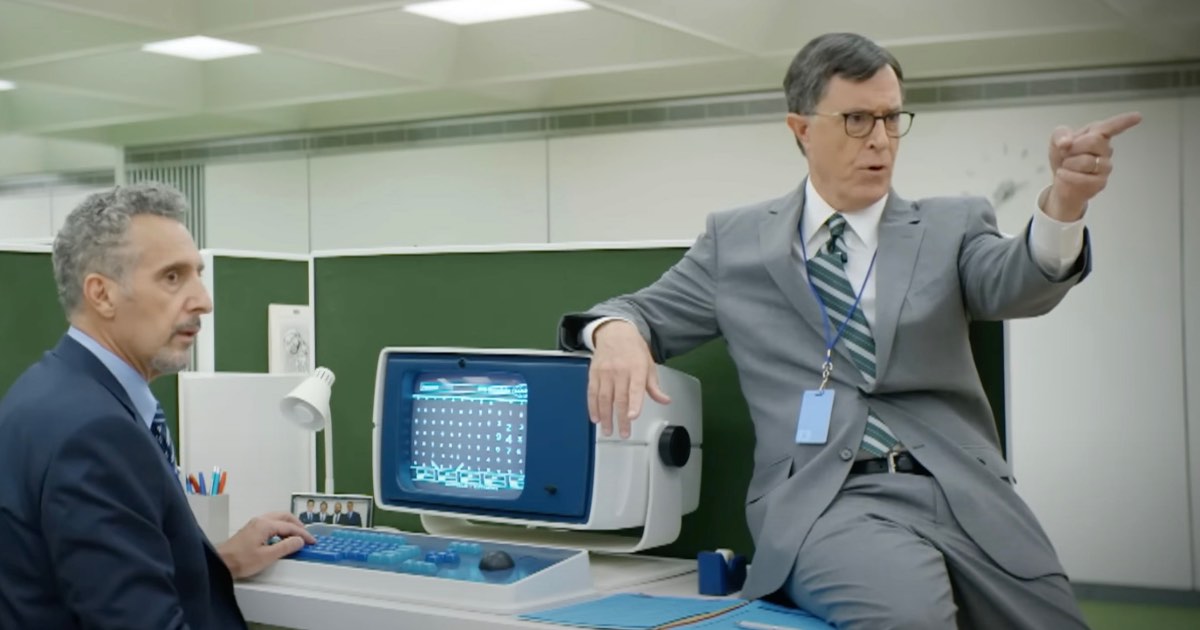 It seems everyone these days is becoming a fan of Apple TV+’s Severance, including Stephen Colbert, host of The Late Show. In addition to admitting this in an interview with Ben Stiller during Wednesday’s The Late Show, Colbert also shared some “unreleased” footage of his time on the Apple TV+ psychological drama.

In a tweet, The Late Show shared Stephen Colbert’s segment on the talk-show wherein the he spoke about Apple TV+. While making a nod to Apple’s numerous Emmy Award nominations this year, Colbert made sure to take a few jabs at Cupertino and the streaming service.

“When I get home from a long day of TV, there’s nothing I like more than sitting down with some TV” Colbert jokingly stated. “One of my favorite shows is Severance [. . .] a series on Apple TV+ that is, and please stay with me here, not Ted Lasso”. Colbert also cheekily stated that Cupertino now has as many award nominations as they do types of cords.

(For the record, there are plenty of uses for Thunderbolt cables.)

In addition to mentioning Severance’s 14 Emmy-Award nominations, Colbert also declared that he was once in the series. Colbert stated, “the only thing I don’t like about Severance is that I was originally going to be in it. But for some reason all my scenes were left on the cutting room floor.”

According to the “deleted scenes”, Colbert does his best to turn Lumon into Dunder Mifflin, under the pretext that Steven C. Must surely be Steve Carell in the outside world. Hilariously, Steve C. then draws the ire of John Turturro’s Irving, who becomes the main target of Steve C’s antics.

In terms of Severance, the show will see a second season, with the news previously arriving back in April. The series is no stranger to unique promotions, as Severance produced a rather realistic LinkedIn page for Lumon to help promote the show. Additionally, Severance also had an interactive experience where individuals could spend the day as a Lumon employee going through their first day. The experience took place at the Hard Rock Hotel.

Currently, there is no release date for Season 2 of Severance.

Did you watch Stephen Colbert talk about Severance and Apple? What are you watching on Apple TV+? Let us know in the comments.