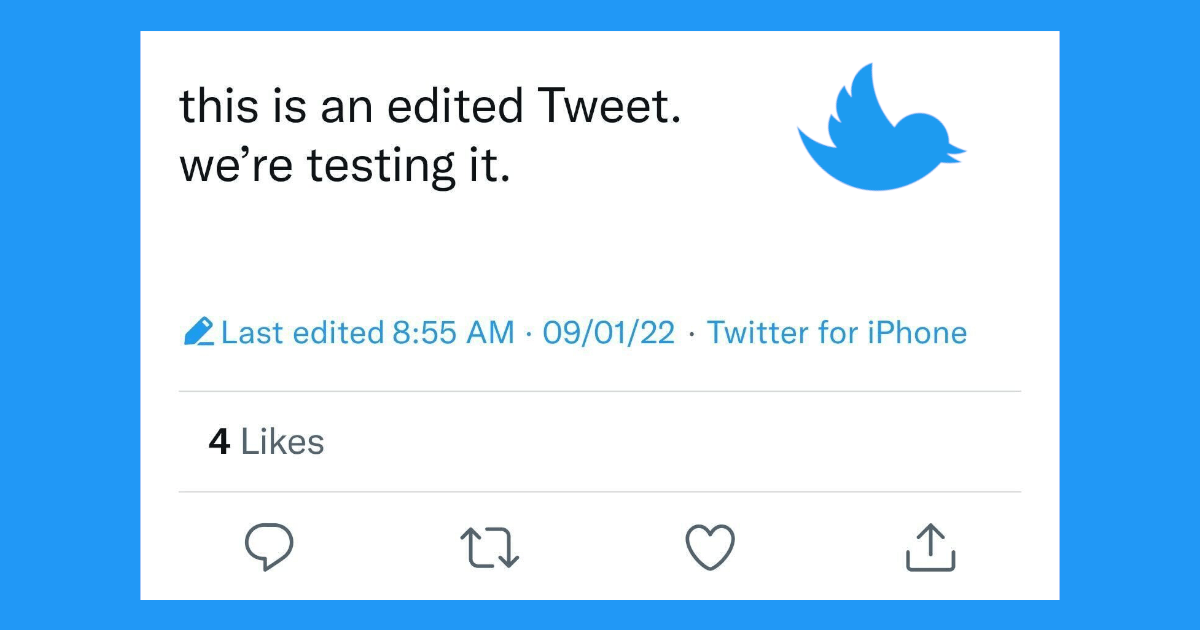 Twitter is finally rolling out the edit button for certain users, a feature that has long been requested on the social media platform.

This April Fools Day, social media giant Twitter made an announcement that it was developing a long-desired edit button. Today, the company has begun to roll out the feature for select users.

Currently, the company is testing the feature among a small group of individuals. This testing phase is a means for Twitter to identify and resolve issues well before the general release.

this is happening and you'll be okay

During the testing phase, users will be able to edit tweets a few times within a 30 minute window following the publication of the tweet. Tweets that are edited will appear with an icon, timestamp and label. Previous reports from Jane Manchun Wong show that users are able to tap the label to see the edit history of the post. Users will be able to see past versions of edited tweets.

According to Twitter, including the time limit and version history helps play an important role within the platform. Twitter states that showing revision history helps protect integrity while also creating a “publicly accessible record of what was said”.

Concerning the edit button, Twitter is aiming to make “tweeting easier and more approachable, giving people more choice and control in how they express themselves and how they contribute to the many conversations happening on the platform”.

Twitter original unveiled Twitter Blue back in June of 2021. First arriving to Australia and Canada, one of the first features to arrive to the service was the “Undo Tweet” feature. The Undo Tweet feature gives users a second chance to read a tweet before sending it. Not exactly an edit feature, but it is likely useful for those that like to Tweet before they think.

It will be interesting to see how the edit feature plays out. It is likely that Twitter keeping it to those in the Blue subscriber club for the time being is most likely a wise decision.

Are you looking forward to the edit feature on Twitter? Let us know in the comments.