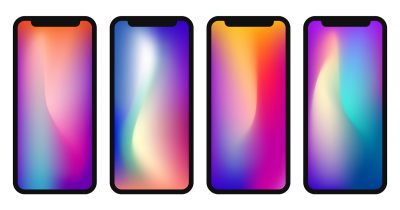 Perhaps Apple doesn’t think we’ll ever need to reboot the device, but Jeff Butts has uncovered a couple of ways to do it anyways.

It’s possible to add shared Google calendars in Apple’s Calendars app too. You don’t need Google’s Calendar app. Here’s how to do it.

In episode 15 of Pop.0, Bryan Chaffin and John Kheit debate whether or not Apple—or anyone else—is working on any kind of next generation operating system. They also discuss what’s good and bad about Apple TV, and how Apple’s lack of feature parity across its product lines is dooming new technologies like 3D Touch, Touch Bar, and more. If you enjoy it, please subscribe. (WARNING NSFW: PROFANITY & RANTS)

We have a deal for you today on the Nix Mini Color Sensor. This little device is a color sensor that reports to your iPhone (or Android device). More specifically, it will match a given color to an existing color library of more than 28,000 brand name paint colors, as well as RGB, HEX, CMYK, and LAB colors. It’s $69 through us.

If you want to add a quick sketch to an email message you’re crafting on your iPhone or iPad you don’t need to make a trip over to the Notes app first.

It’s official and right on schedule: Microsoft is no longer offering any support for Office for Mac 2011.

Join Jeff Butts once again, and he’ll show you how to compile sudo and nano in FreeBSD, plus introduce you to XikiHub, a new Terminal/command line product taking shape at Kickstarter. 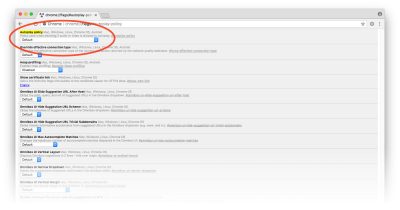 Apple made it easy to block videos that autoplay on websites in Safari on macOS High Sierra and you can do the same in Google Chrome, too.

Discover says that T-Mobile users won’t be able to use the feature unless they are connected to Wi-Fi.

When Steve Jobs said, “You’re holding it wrong,” he wasn’t referring to taking pictures; still, the saying probably holds true for that use, too. 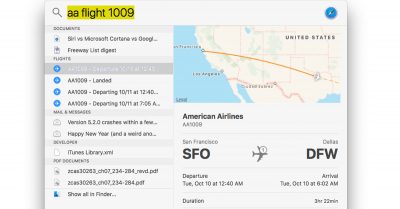 Dr. Mac offers you a peek at some of macOS 10.13 High Sierra’s more interesting new features, including his favorites from Photos, Safari, Spotlight, and more. 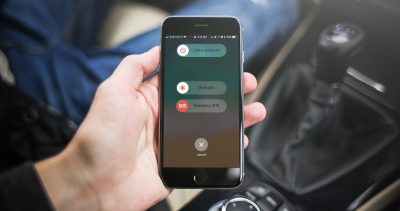 In the Watch app on iPhone, Apple doesn’t provide a list of categories like the App Store. You can search for apps, but otherwise you’re stuck with the apps shown on the main screen.

Kelly Guimont and Jeff Butts join Jeff Gamet to shoot down the myth that Apple intentionally slows down older iPhones, plus they look at Amazing Stories coming to Apple Music, and the new App Camp for Girls fundraiser. 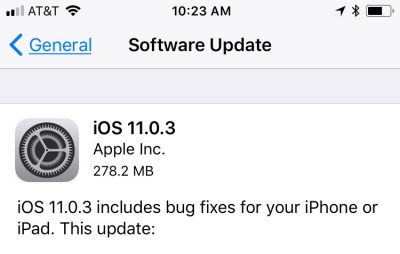 The unexpected update is a maintenance release intended to squash two specific issues. 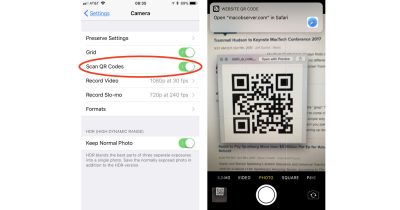 We’ve had the ability to scan QR codes with our iPhone cameras for some time thanks to third-party apps, but with iOS 11 that’s built in so you don’t need any special tools. Here’s how to make sure QR code scanning is turned on and ready to use.

We have a deal on the Paww WaveSound 3 Noise-Cancelling Bluetooth Headphones. Using multiple microphones, these headphones block out as much as 20dB of unwanted ambient noise. They’re $79.99 through us.

MacTech Conference always finds interesting keynote speakers and this year is no different because renowned security researcher Trammell Hudson will be taking the stage.