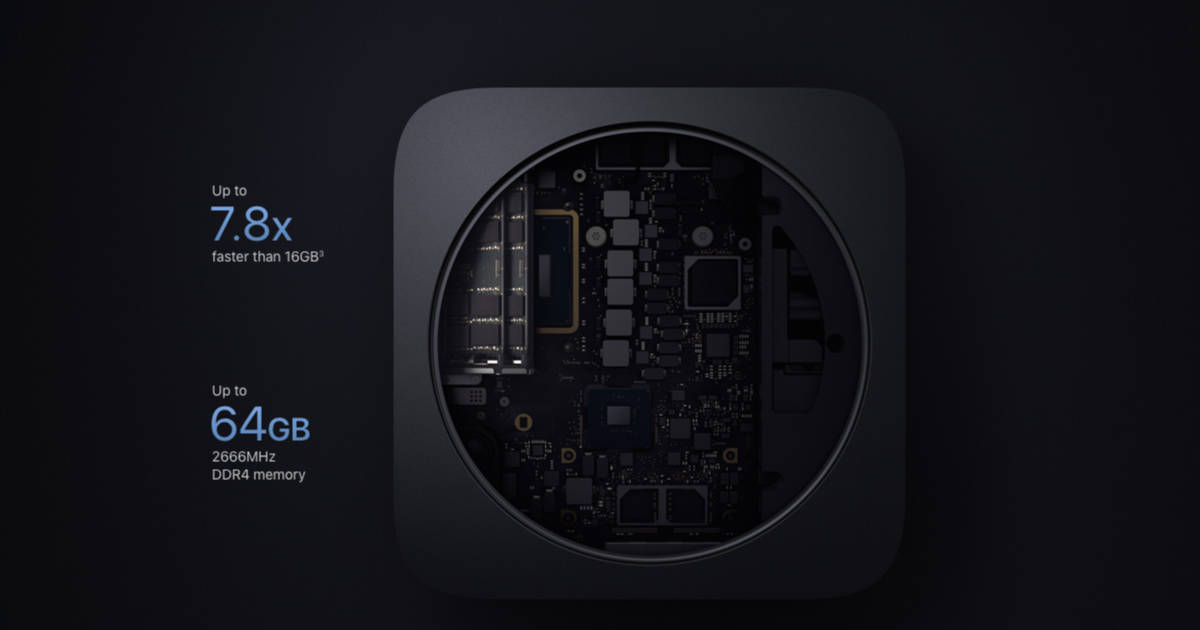 One big frustration with most of Apple’s Mac lineup is a lack of user upgradable RAM. Not so with the Mac mini Apple announced at its October “There’s More in the Making” media event.

[Apple’s New Mac mini is Late But So Very Pleasing]

The RAM in the new Mac mini is a pleasant surprise: 2666MHz DDR4 SO-DIMM chips in two user-accessible slots. To get to the RAM slots you need to take the round base off the computer.

That means you can buy a Mac mini with a lower RAM configuration and buy chips from other companies at a lower cost. Saving a little money is always nice, after all.

I have always had the worst luck upgrading RAM on my own. It never worked out and always caused problems, some catastrophic. I will gladly pay extra to have Apple max-out the RAM for me. It’s worth it just to avoid the hassles and disasters.

What is not good news is the storage likely is not practically upgradeable, which is a joke. Apple had so much time and all the did was stuff current components in the same box. It shows they don’t care about pros or the Mac. I’m just disgusted with their pricing but more so, that they’ve done so little after so much time.

This is good news, except that it is newsworthy. It is really obnoxious that Apple sells an iMac (the 21-inch) that is ridiculously difficult and limited in upgradeability in service of a design which, in practical terms*, is not any smaller than my old 2005 G5 iMac that had two accessible RAM slots and an easily removable back cover (not to mention an optical drive).

*Yes, it’s thinner and lighter. Is it meant to be carried around? No. Do the thin edges save any room on my desk top? No.