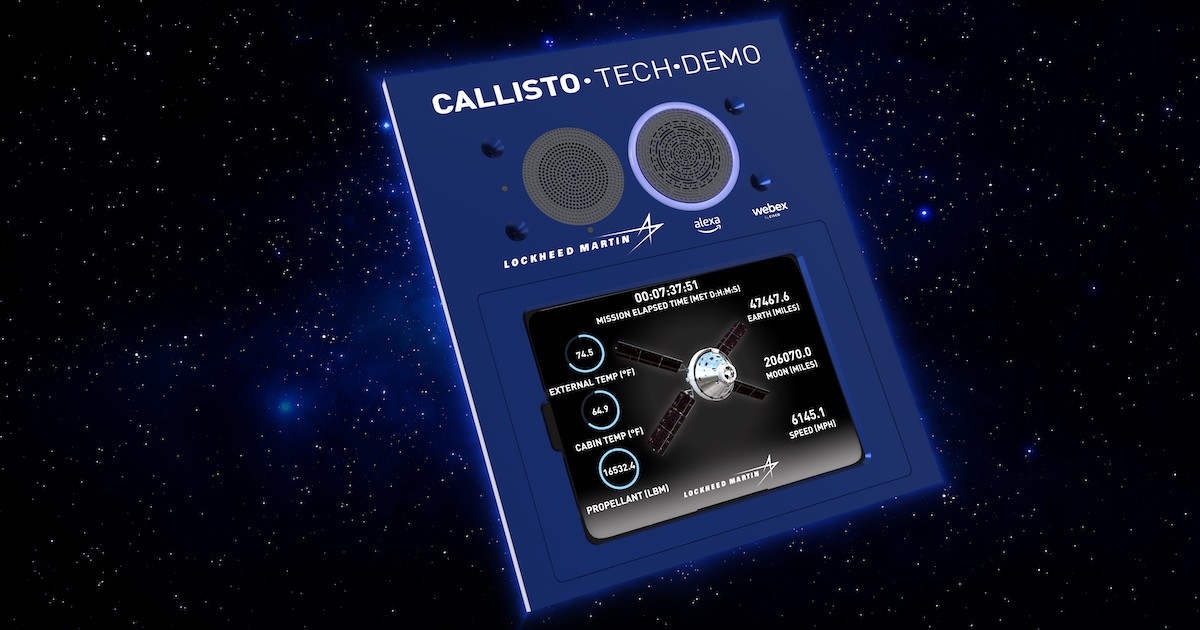 NASA recently made the successful launch of Artemis 1, an unmanned mission working towards the return of humanity to the Moon. The capsule is orbiting the Moon now, without any astronauts aboard but carrying an iPad. Now, NASA is presenting people the opportunity to send a message to that iPad as Artemis 1 orbits the moon.

A Brief Rundown on Artemis 1 and the Callisto Project

NASA launched Artemis 1 as part of its efforts to start sending people to the moon again. The Orion capsule, which will eventually carry crew, will undergo various tests and experiments. Among those is the Callisto Project to test human-machine interfaces in space.

Inside the Orion capsule, NASA is employing an iPad, Cisco Webex video conferencing software and a special deep-space version of the Amazon Alexa voice assistant. On the ground, NASA personnel issue commands to Alexa by way of the iPad installed in the Artemis 1 capsule. In turn, they’ll test how well the custom-built Deep Space Network can work with Alexa.

Side Project Allows People to Send Messages to the World, Via Artemis 1 iPad

As one of many side experiments, NASA is opening up the Artemis 1 mission to do a bit of community outreach. Using either the project website or the Explore Orion app, you can submit your own message to display on the iPad inside the space capsule.

There’s no guarantee, of course, that the team will select your message. Lockheed Martin is running the experiment and has final say on which messages are and are not displayed.

That being said, it’s fun to try. Since replay of the messages from inside the spacecraft will be available for download, you could have a chance to spot your own message as it travels to, from or around the Moon.

How to Send Your Message to the Orion Spacecraft

There are two ways you can submit your own message for review. You can fill out a form on the Lockheed Martin webpage for the Callisto Project. Your message can be up to 120 characters and you can specify how you want your name to appear on the screen. 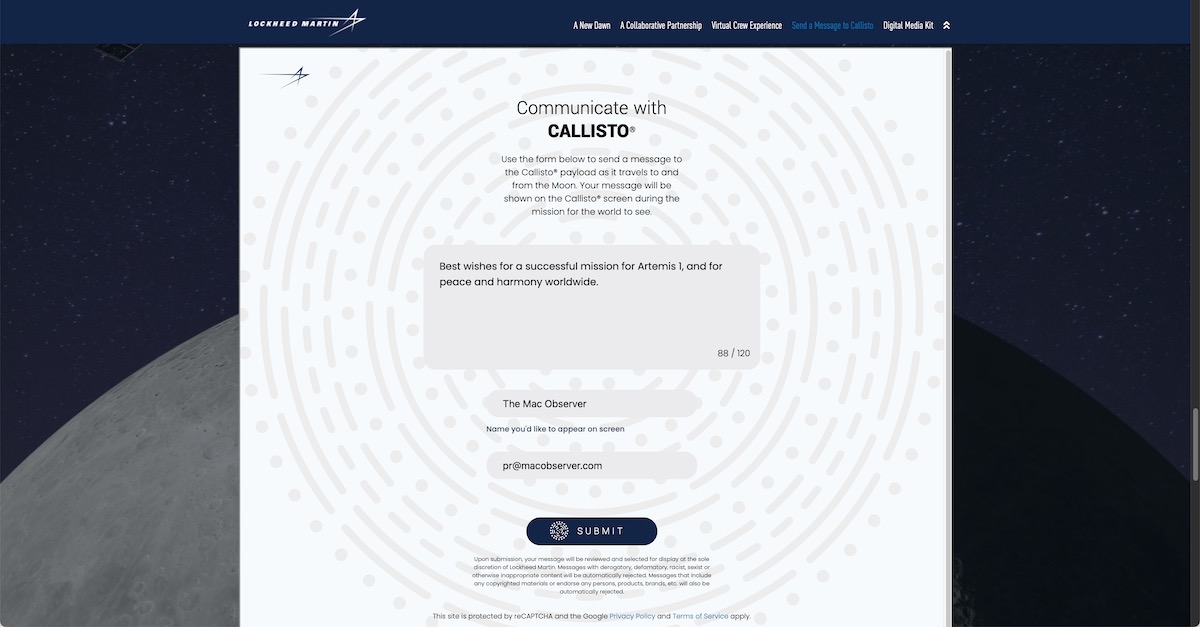 Alternately, you can use the Explore Orion app on your iPhone to submit your message. After you launch the app, tap the bottom menu icon and choose Callisto. 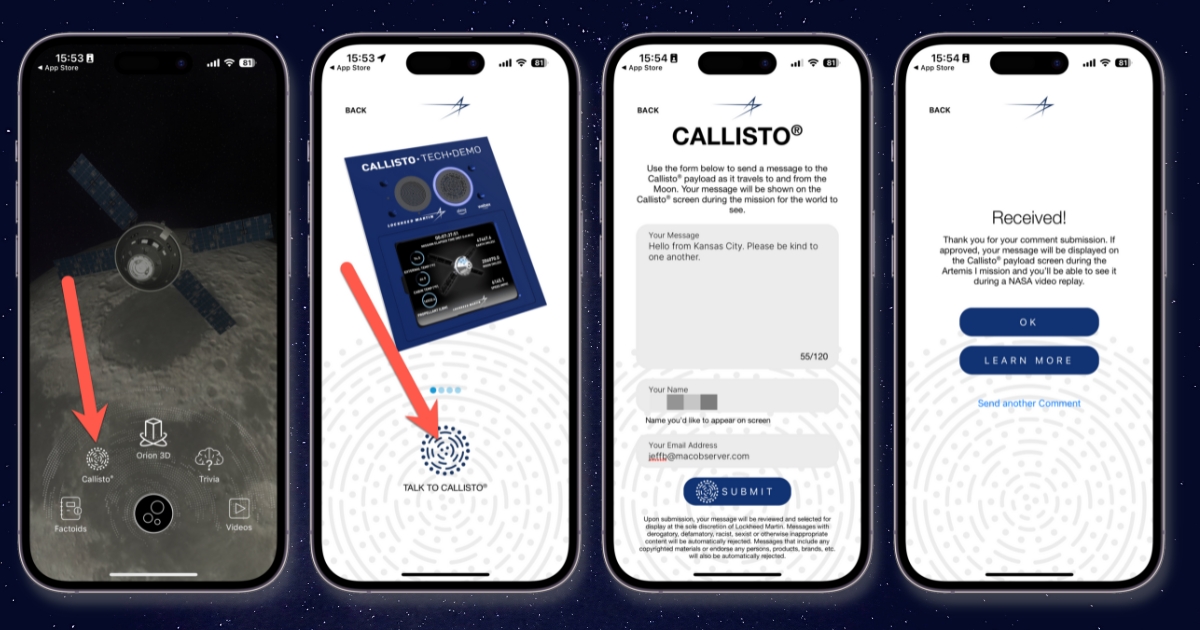 Next, tap Talk to Callisto at the bottom of the display. Fill out the form and submit it. Lockheed Martin will review your message and it may appear in a replay video.