A cool feature Amazon’s capitalized on in marketing its Echo smart speakers is Whisper Mode. It quiets down Alexa’s response to a whisper, great for when you want to interact with the voice assistant when others might be sleeping. It may not be called the same thing, but there’s a HomePod version of Alexa’s Whisper Mode.

The History of Amazon’s Whisper Mode

Alexa first gained Whisper Mode in October 2018, and the feature was available to all locales by November 2019. The feature allows the virtual assistant to whisper back to you, if you speak quietly to your device.

The feature, according to Amazon, uses a neural network to distinguish between normal and whispered words. This is one feature Amazon likes to insist only Alexa has, but that’s not quite true.

Apple Gave Us a HomePod Version of Whisper Mode

In fact, your HomePod has a setting buried in Accessibility that’s very close to Alexa’s Whisper Mode. It causes Siri to “speak at a volume based on how loud you speak” while also taking into account background noise and any music you might have playing. 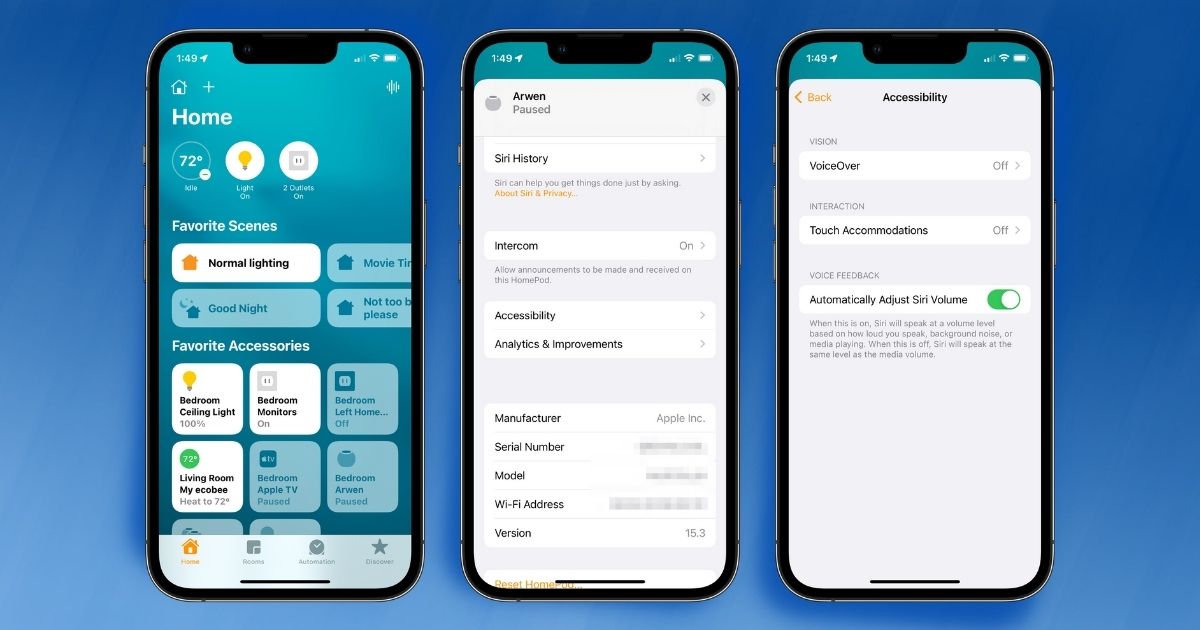 You can also access the toggle switch from your HomePod’s settings. Just launch the Home app, long-press your HomePod, and scroll down until you see its settings. Next, tap Accessibility > Automatically Adjust Siri Volume.

When this feature is enabled, you should notice that Siri’s volume closely matches your own. If, for some reason, the change doesn’t seem to have any effect, Apple’s only real guidance is to reset your HomePod to its factory presets. Frustrating, but the feature seems to work flawlessly enough you shouldn’t need to resort to such extreme measures.