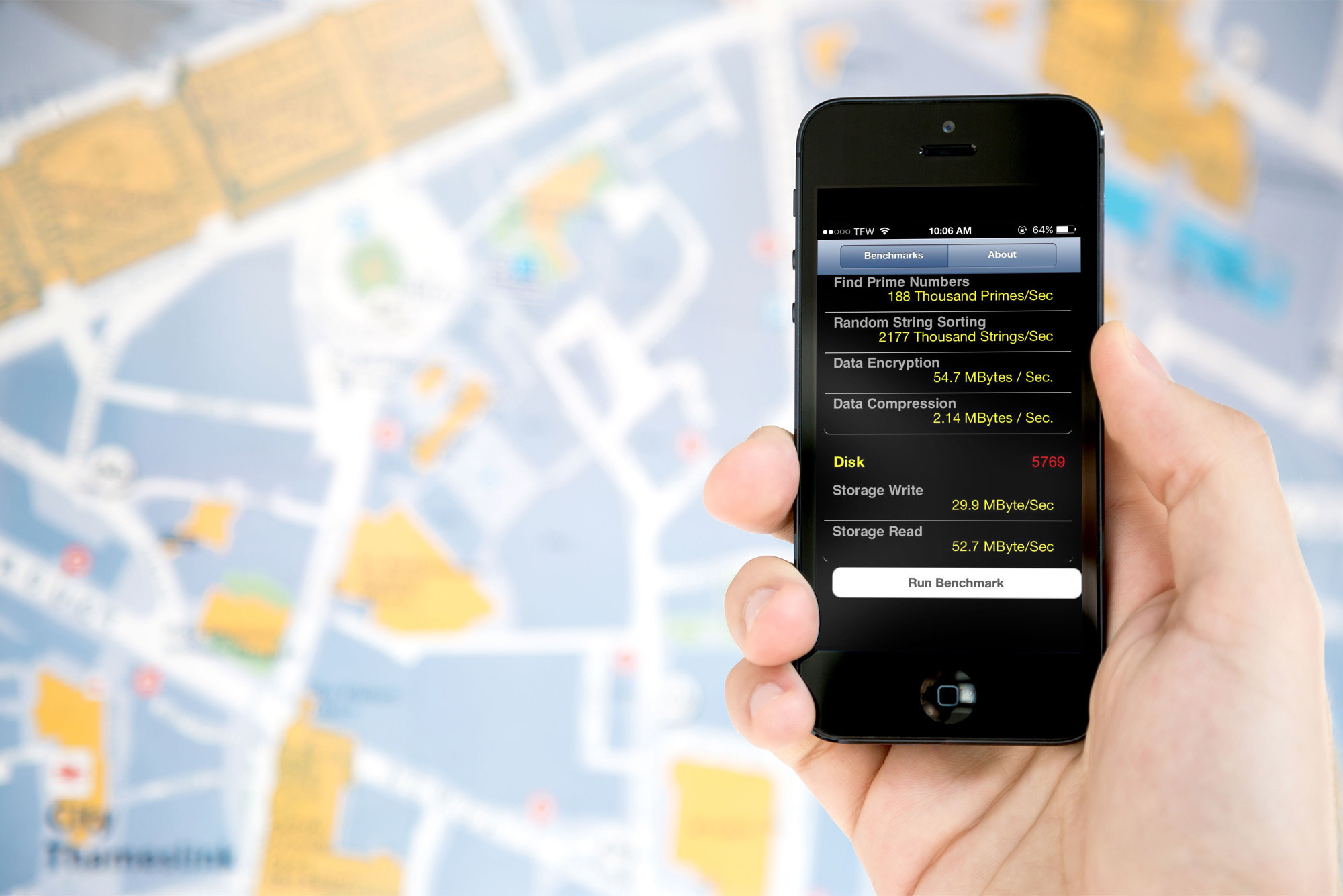 Last week, I clued you in on the fact that APFS is lagging behind its predecessor, HFS+, at least for now. Several readers were curious about how the new file system has been faring under iOS 10.3. Cupertino released APFS to the general public, leading many of us to believe that it’s supposed to be “production-ready.” We’ve benchmarked APFS in iOS, so let’s see what we have discovered.

Dave Hamilton ran PerformanceTest Mobile benchmarks on a 2016 iPhone SE that had not yet been upgraded to APFS. Unfortunately, that tool is not 64-bit compatible (and thus won’t work on iOS 11 when it comes out), but there are precious few benchmarking utilities for iOS. Still, it provides interesting results.

Prior to updating to iOS 10.3.1, Mr. Hamilton was able to record average storage read speeds of 687 MBps. Write speeds came in at 200MBps. He ran multiple tests, and the results were almost the same every time.

Next, Mr. Hamilton updated his iPhone SE and tested APFS in iOS 10.3.1. He ran the same benchmarking tool. Remember, when you update your iOS device to 10.3 or later, you are also changing your file system to APFS instead of HFS+. With an APFS file system, read speeds were remarkably slower than HFS+. The average storage read speed under APFS was 585MBps. Write speeds averaged on par with HFS+ at 207MBps, sometimes slower.

Testing APFS on an “Obsolete” iPhone 5

For my part, I didn’t think to benchmark HFS+ on my iPhone 7 Plus prior to upgrading. I did, however, have an iPhone 5 laying around that hadn’t been updated. So, I decided to run some tests myself. I utilized AnTuTu Benchmark and PerformanceTest Mobile with an HFS+ file system, then with APFS in iOS 10.3.1.

AnTuTu Benchmark doesn’t report its data in speeds, instead assigning a score to each test. Before updating to iOS 10.3.1, my iPhone 5 scored a total of 29,810 points according to AnTuTu’s testing. The UX Data process score was 1692, and the input/output performance was rated at 1382.

After upgrading to iOS 10.3.1, the score actually dropped by almost a thousand points, to 28,861. UX Data processing scored at 1443, less than with HFS+. Results for UX input/output testing were similar, dropping to 1219.

I also benchmarked the iPhone 5 using PerformanceTest Mobile. Prior to updating the device to 10.3.1, I saw read rates averaging 73.1MBps and write speeds of 26.9MBps. Man, is the iPhone 5 slower than the SE!

After updating to 10.3.1, the results were mixed. The device’s read speeds clocked in at just 52.7MBps, slower than with HFS+. Write speeds, however, were slightly better–29.9MBps. Again, I ran multiple tests, and the write speeds were consistently faster on APFS, but not by much.

My Thoughts on APFS in iOS?

Despite the thoughts that the version of APFS in iOS 10.3.1 is supposedly ready for production, I suspect it’s an example of a “just good enough” product. Apple might have rushed the file system out the door too soon, not thinking (or caring) that anybody would put the successor to HFS+ to the amount of analysis that we have. Silly on their part, but there you have it. Even so, the differences aren’t stark. The average user probably doesn’t even notice any difference.