Apple launched a new product on Tuesday, a coffee table book titled Designed by Apple in California. It will come in two sizes, 13″ at $199 and 16″ at $299, and both contain some 450 photographs of Apple products. I have very mixed feelings about this, but the short version is that I get why Apple is making this book. Read on for more. 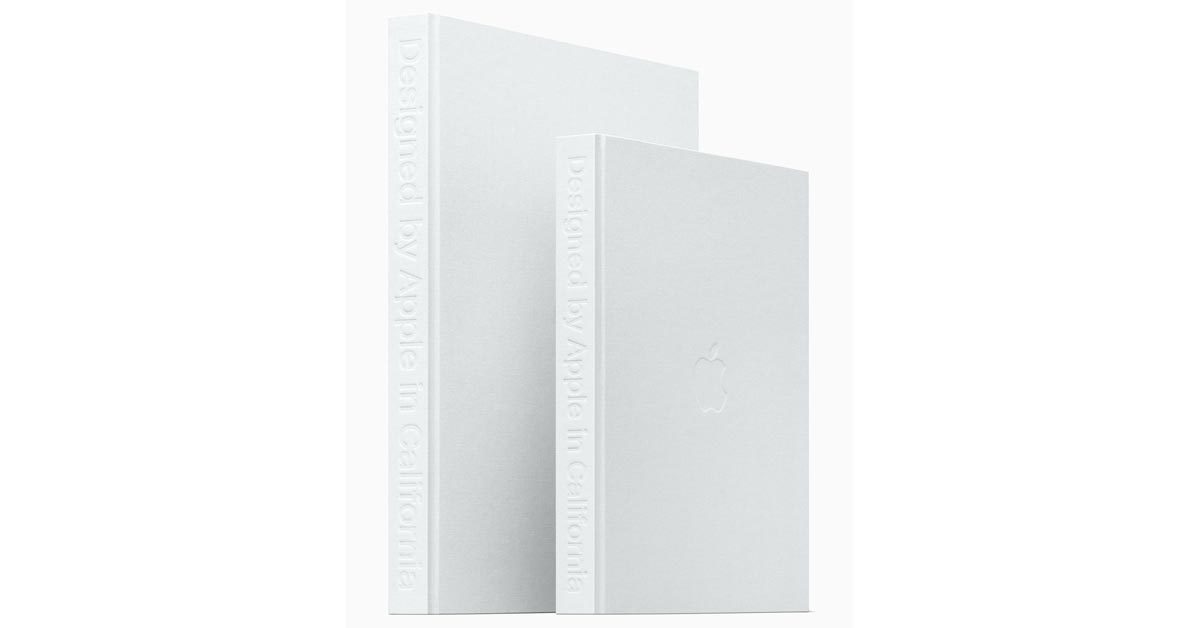 Designed by Apple in California, in Two Sizes

It also, “chronicles 20 years of Apple’s design, expressed through 450 photographs of past and current Apple products.” 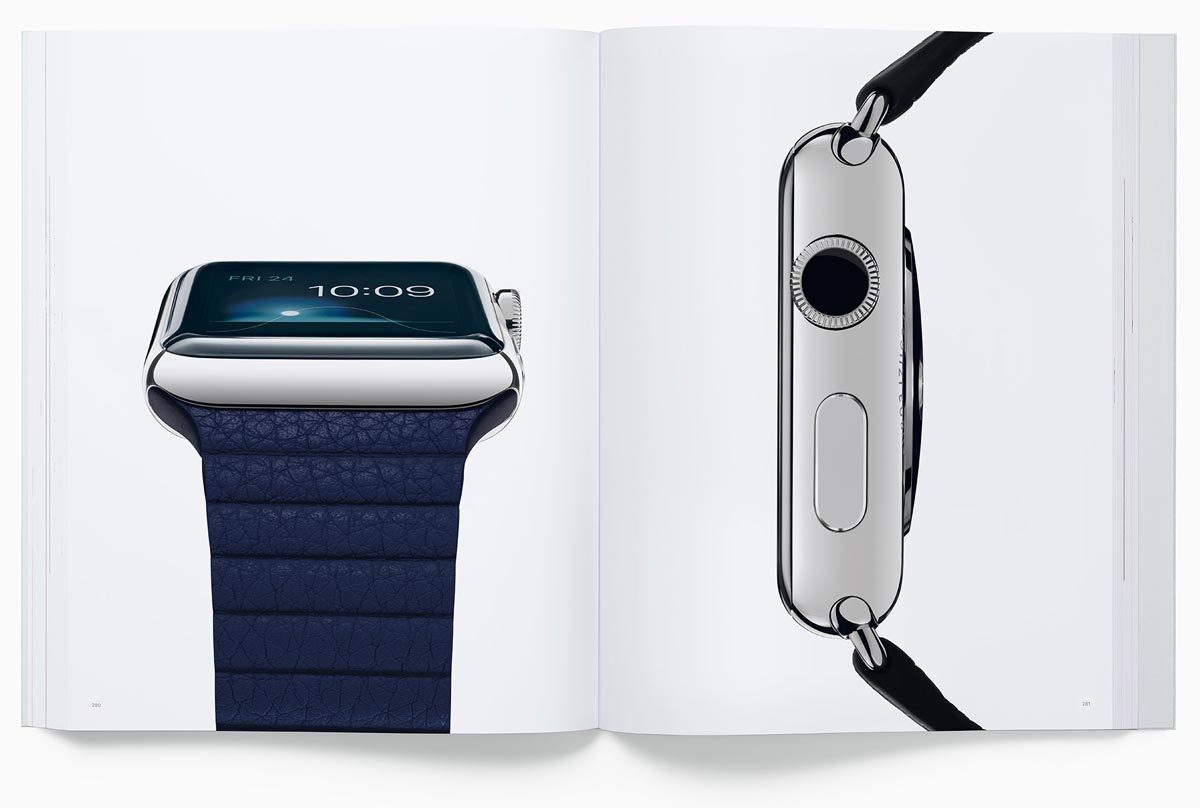 Apple Watch from Designed by Apple in California

In other words, it starts with the original iMac, the first product released by Steve Jobs after he returned to Apple, and continues through Apple Pencil which was released last year. It does not include Jony Ive’s first major product, the Twentieth Anniversary Mac (TAM). A lot of media coverage of this book has called the iMac Jony Ive’s first product, but that isn’t accurate.

Apple’s press release also states, “The book is dedicated to the memory of Steve Jobs.”

Speaking of Steve Jobs, Apple is a company that doesn’t look back. Or, rather, that used to never look back. We mentioned this on Tuesday’s Daily Observations, but Apple seems to be doing more looking back these days. For instance, we had the 40 Years in 40 Seconds video, and now a book dedicated mostly to products that you can’t buy any more. 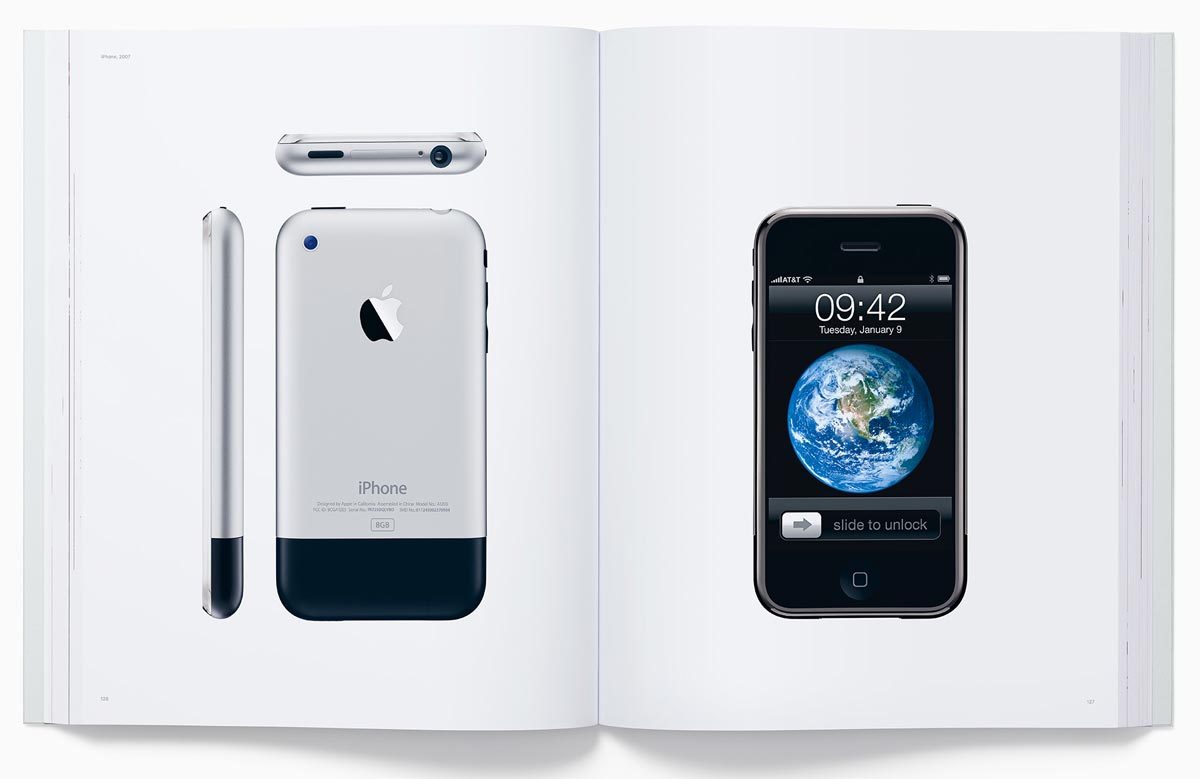 iPhone from Designed by Apple in California

Plus, Apple spent eight years working on this book. Eight years. Now, that doesn’t mean that there was a team of people doing nothing but designing this book for eight years. It was probably more a thing that Jony Ive and his team came back to whenever they could over an eight year period.

But eight years? Come on. I can think of a far better vanity product for a company like Apple. Say, a new Mac Pro. Honestly, it’s a tad disconcerting.

Did Apple Jump the Shark?

This book looks amazing (more on that below), but part of me worries if this isn’t Apple jumping the shark. In many ways, this book almost feels like an Apple parody. It’s self-aggrandizing. It takes itself WAY too seriously. It’s vainglorious.

Coming in a period where many Mac users are questioning Apple’s commitment to the Mac—even while Apple insists it is committed to the Mac—this book feels like a slap in the face. It’s the kind of thing that will fuel Apple haters for years to come, at least until and if Apple releases a killer new product.

But then there’s Sir Jony Ive. The man’s passion for design is legendary. I find it compelling. A lot of the negativity you might have noticed above was based on Apple’s press release. When I saw this Jony Ive video about the book, though, I started thinking differently.

In particular, he discusses the importance of understanding a product by understanding how it came to be. And you see images from the book of products at different stages in the manufacturing process. And boom, I suddenly want this book. I want to go through it. That’s the kind of context I love.

Here’s the video, which was published to YouTube by design magazine Casa.

While this is a design book, it is not about the design team, the creative process, or product development. It is an objective representation of our work that, ironically, describes who we are. It describes how we work, our values, our preoccupations, and our goals. We have always hoped to be defined by what we do rather than by what we say.

OK, I get why Apple would release this book. Is it excessive? Yes. It’s expensive, too, though it’s not outrageous as far as high-end coffee table books go. Check out Iconic, a third party-look at Apple’s history, which retails for $99 and $249.

I do wish Apple had released a $79 softback version of its book for the rest of us, but I get why Designed by Apple in California was made the way it was made.

This book is less about self-glorification and self-gratification, and more about understanding Apple by seeing the care and attention-to-detail that goes into Apple products.

And that, in a nutshell, is pretty cool. 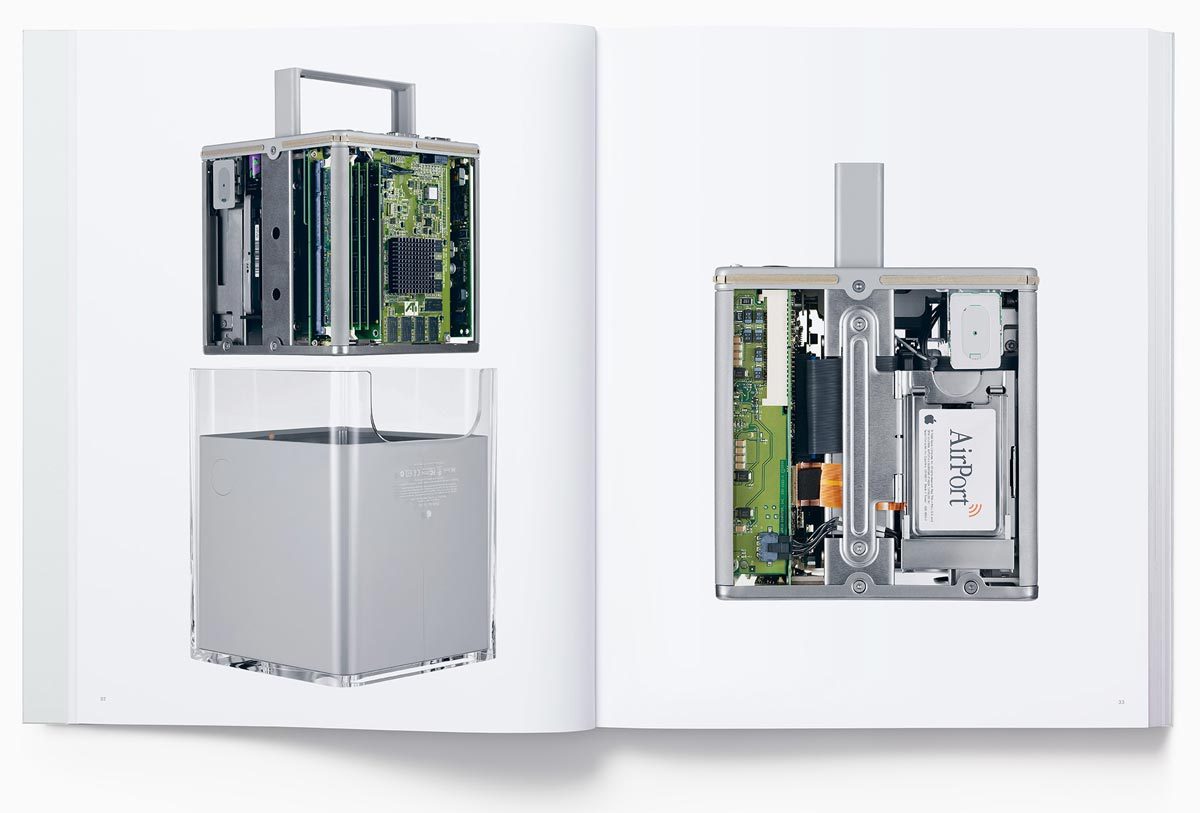 The Cube from Designed by Apple in California

*With apologies for quoting Boston.

I think the book should have just been called “Ego, by Sir Jon Ive”. So 3 years for the touch-bar, and 5 to 8 years for this book. Would someone please get Jonny Ive an espresso? Joking aside, it does seem like a nice art book. I am definitely not going to spend that amount of money on it; maybe if it was a $75 paperback I would consider it. But then again I don’t need a coffee table book when I probably have half of the stuff in the book sitting around my home already. This book tells me… Read more »

This probably wasn’t meant primarily for general retail sale, but as corporate swag and as an employee gift.

Thisis what they are wasting their time on?! Jumped the shark indeed. Tim Cook might be great and managing the books, but I think that his social justice mission is superseding product design and production. When SJ brought Apple back to its core (no pun intended) they started to thrive again. Now they seem directionless. Apple Car? What’s the point? Apple TV? Nice but it’s frosting, not an essential need. The iPhones and iPads are great, but what about the Mac? Seriously?! As mac users and consumers is the only choice we are going to have left within a year,… Read more »

There is one good feature about the book, see today’s Joy of Tech comic:

Jump the shark? Yeah, I guess they have. They can jump back, but at the moment what they think we want and need is not, unlike when SJ was in charge, what we actually want and need. Witness the article right next to this one about the HP Z2 Mini. https://www.macobserver.com/analysis/hp-z2-mini-launch/ THAT is the Mini Apple should be making. I want that with MacOS on it. But no, Apple’s own Mini is moribund. At the moment design has taken over from function. Gee whiz gadgets like the watch and an on again off again car project, and this book, are… Read more »

Knowing Apple, a new Special edition will render this hubris obsolete in 9 months.
This smacks of nostalgia, almost an official clone-boy recognition that Apple used to be cool – look at our industrial design! Yay!! Now, fire Ive and get some I/O ports back on your boxes and make the Mac Pro functional again instead of this nonsense.

The City Library will probably get some copies, I will look at there.

When I first heard of the book, I desperately wanted it, but not at that price. 😉 And I grokked what it was about–it’s an apologetic not a nostalgia trip–that’s how I view it.

I’ve exercised some restraint up to this point, but to this announcement, I have to say, ‘Meh, whatever!’. There is a real difference between beauty and utility, though they can certainly coalesce. This is just freaking retarded. Enough, Ive.

The price is in line (expensive) but they’re just too damn thick to sit on my coffee table.