No matter how many times Mark Zuckerberg or other CEOs say sorry, corporations will continue to screw us over until someone steps in.

The result is that even if their leaders earnestly wanted to impart meaningful change to provide restitution for their wrongs, their hands are tied by entrenched business models and the short-term focus of the quarterly earnings cycle. They apologize and go right back to problematic behavior.

It’s not just Facebook though, this is every company that puts money over users (so all of them?) Whether you like regulation or not, I think both sides can agree that nothing can be done without outside influence. Like I said in a previous link, criminals don’t voluntarily turn themselves in.

Apple is accused of having an App Store monopoly, and today the U.S. Supreme Court will oversee the antitrust case.

Washington D.C. has made GitHub the central repository for its system of laws. It’s not a copy of the laws, it’s the actual source. And they can be edited.

Last week, I opened the file on GitHub that had the typo, edited the file, and submitted my edit using GitHub’s “pull request” feature. A pull request is a request to the file’s maintainer to review a change and then, if approved, pull it in to the main file.

This is really neat and I hope more states will follow this approach. It creates a different mindset around the law: One of collaboration and transparency, instead of separation and obfuscation.

Besides the Amazon leak, here’s some more troubling news. Researchers demonstrated a side-channel JavaScript attack that made it possible for them to spy on your other browser tabs. And even Tor is susceptible.

This information can be used to target adverts at you based on your interests, or otherwise work out the kind of stuff you’re into and collect it in safe-keeping for future reference. The technique is described in a paper recently distributed through ArXiv called “Robust Website Fingerprinting Through the Cache Occupancy Channel.”

It doesn’t sound like there’s a fix for this at the moment.

KeepSolid has launched a free VPN app for iOS. Despite it being free, the company claims there will be no ads, no logs, and no limits. But there are in-app purchases for Turbo Mode.  Enable Turbo mode to get access to 400+ VPN servers in over 70 locations around the world, an even more secure AES-256 encryption, and a top-notch KeepSolid Wise access-granting VPN protocol. Turbo Mode is free to try for seven days, and after that you’ll need a monthly or yearly subscription. To protect user personal information, KeepSolid VPN Lite applies AES-128 encryption for the free version. This protocol was deemed by the US Government to be secure enough to guard its classified information. App Store: KeepSolid – Free (Offers In-App Purchases)

Amazon is emailing customers to tell them it leaked their names and email addresses due to a “technical error.”

It then goes on to say, “The issue has been fixed. This is not a result of anything you have done, and there is no need for you to change your password or take any other action.”

None of which is terribly reassuring. Although it doesn’t include the customer’s name it doesn’t look like a phishing attack as there is no link and no call to action.

Amazon says there is no need to change your password but you should change it anyway. If they can’t protect emails and names, why would we trust them with our passwords?

Global music streaming service, Deezer, has today released an improved version of its Apple Watch app, which now includes brand new features such as direct access to recently played tracks, favorites and Deezer’s core USP ‘Flow’. The app is available worldwide to all users and the new features include: Recently Played: immediate access from “My Music” to all tracks recently listened to on any signed in device, Favorite Tracks: listen to saved songs found within the ‘heart’ icon directly from the home page, and Deezer Flow: the never-ending personal soundtrack that uses smart data and algorithm to play a unique mix of personal favourites and new discoveries. Flow will help you mix your music with new discoveries based on your tastes. One click, and you start streaming your all-time favourite songs from the vinyl records, cassette tapes, compact discs or MP3 files of your childhood, alongside all the best new chart-topping hits you could want. App Store: Deezer – Free (Offers In-App Purchases)

We’re entering the 2020s and it’s fitting that we’re in the Second Golden Age. Or at least that’s what Robert Reich argues.

It is time to use antitrust again. We should break up the hi-tech behemoths, or at least require they make their proprietary technology and data publicly available and share their platforms with smaller competitors.

There would be little cost to the economy, since these giant firms rely on innovation rather than economies of scale – and, as noted, they’re likely to be impeding innovation overall…Republicans rhapsodize about the “free market” but have no qualms about allowing big corporations to rig it at the expense of average people.

If we’re in the Second Golden Age now, I wonder if we’ll enter a Second Depression in the 2030s? As the saying goes, the rich get richer and the poor get poorer.

Today, Gentlemen Coders released RAW Power 2.0 for iOS and macOS. RAW Power unlocks the power of Apple’s RAW engine with simple, easy-to-use controls. More than just an image editor, it is a full photo application that lets you organize and manage your iOS Photo Library. If you use iCloud Photo Library, all changes are also synced to iCloud, where every image you take and every change you make is instantly available to every app on your iPhone or iPad. You can use it for more than RAWs — it’s great with JPEGs too, with White Balance, Curves, Sharpen, and other tools missing from the built-in Photos app. The app also includes an innovative new Depth Effect for photos shot on iPhones with a dual camera system. The Mac app is on sale for a limited time. App Store: RAW Power – US$2.99 | Mac App Store: RAW Power – US$26.99 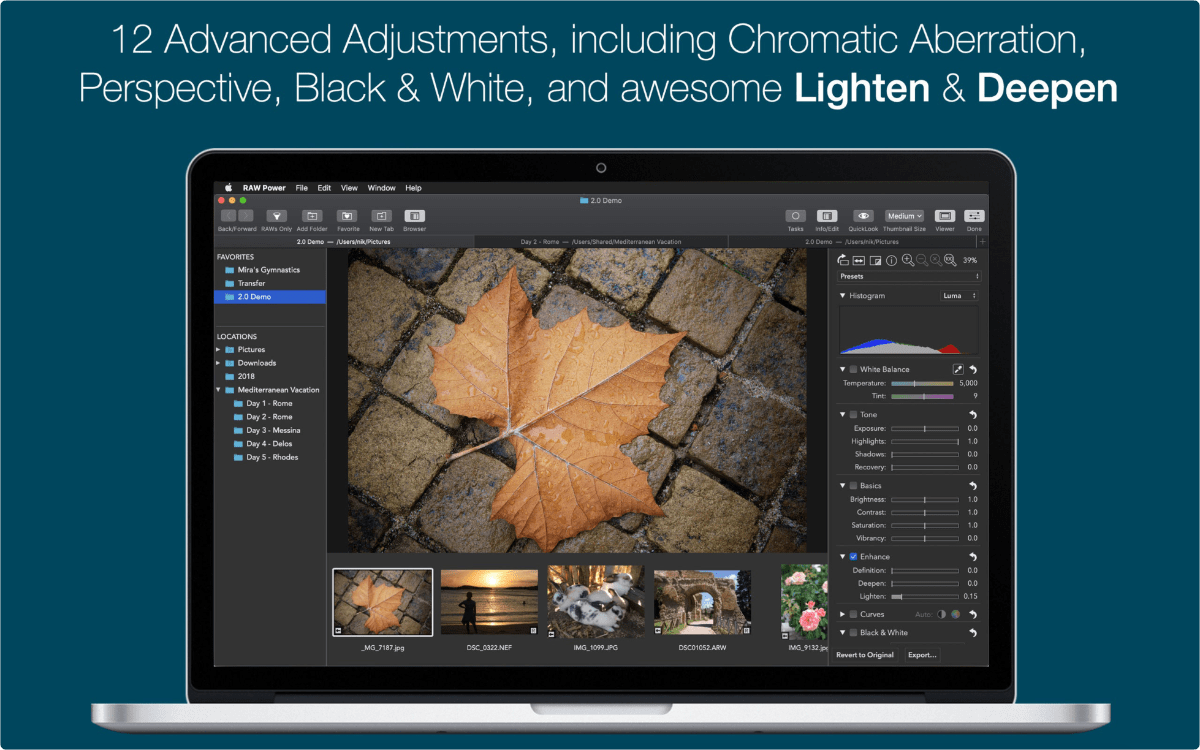 The company shared that some accounts have been using third-party software to artificially grow their audience.

Play the world’s number one card game in a whole new way in UNO. The classic card game comes to your mobile device with all-new rules, tournaments, modes of play and much more. Whether you’re at home, on the go, an UNO veteran or completely new, UNO is the ultimate competitive family-friendly game! Ready. Set. UNO. Play classic UNO™ or select from a variety of new rules to play in real-time matches, compete in tournaments and events to win rewards and top the leaderboards, partner up, play in 2v2 mode and collaborate to win, and connect anytime, anywhere with friends from around the world. In Room Mode, invite friends and set up your own house rules. Play new cards like “Discard All” to remove one color completely from your hand or rules like “Stack” and watch your friends pile cards into their hands. This is the ultimate family-friendly mobile party experience that makes it easy for anyone to join. App Store: UNO – Free with in-app purchases 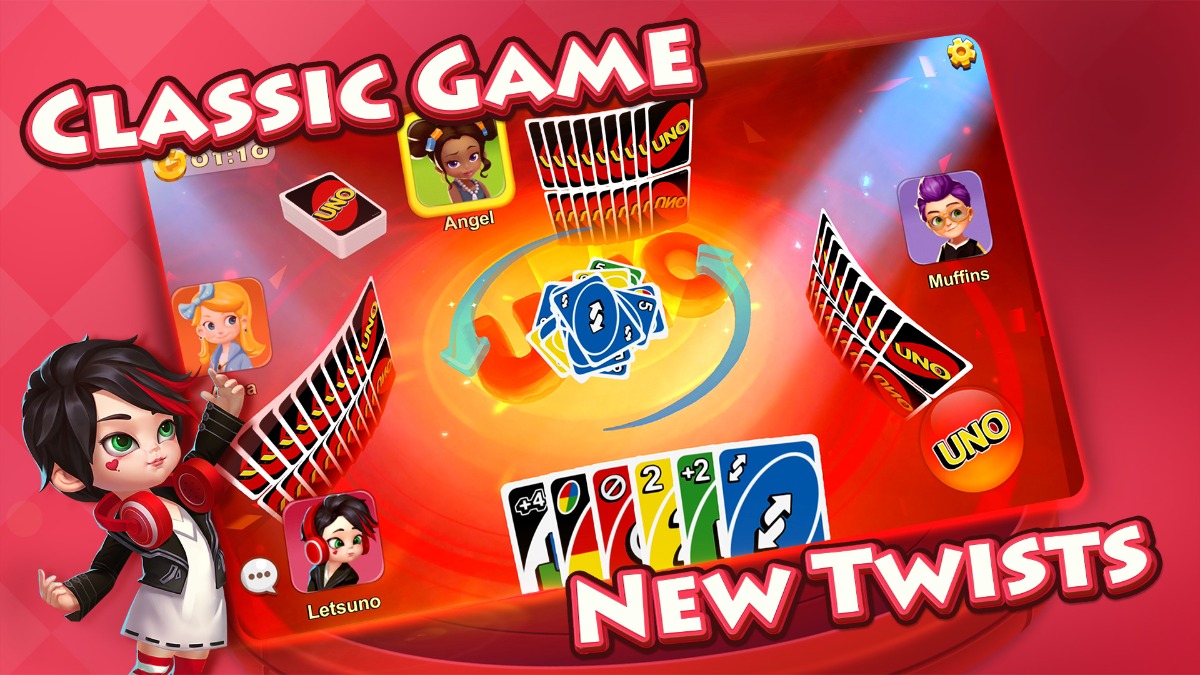