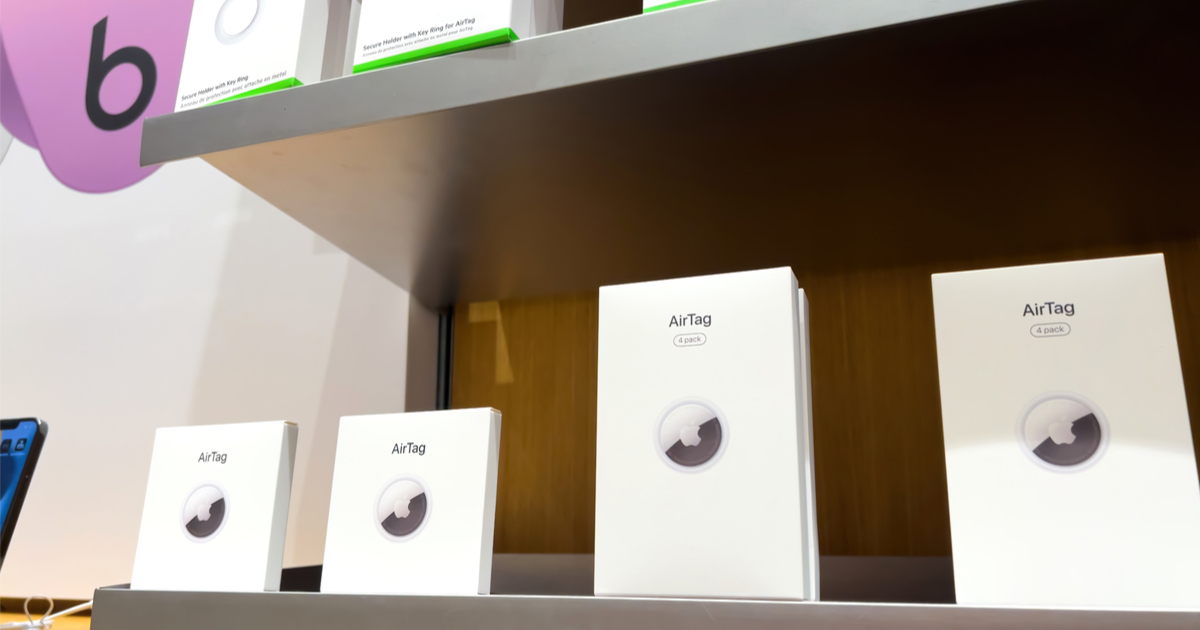 Apple’s AirTag accessory has made multiple headlines, for plenty of reasons. Society has loudly denounced the AirTag as enabling abusive partners to stalk and harass their victims. In an interview with The Mac Observer, a leading advocate for privacy says the Cupertino-based tech giant should stop selling the AirTag immediately.

In early April, Motherboard revealed a snapshot of the extent to which Apple’s AirTag is being used to stalk others. The outlet obtained police reports of stalking, harassment, and abuse using the tracking device. Specifically, the reports centered around victims of intimate partner violence.

The report came as mounting evidence of abusers using Apple’s AirTag as a weapon against their victims. Cupertino may intend the device for people to use to keep track of missing items, a job it does well. However, security experts predicted early on how nefarious individuals might abuse the tracking device. We’ve already seen, time and time again, the AirTag used as a tool to stalk and harass women. The idea of Cupertino decided to stop selling the AirTag would likely be welcomed by many.

While we cannot, just yet, say that stalking cases have become more prevalent with the release of the AirTag, one noted privacy advocate believes it’s a given. Albert Fox Cahn, founder of Surveillance Technology Oversight Project (STOP), told The Mac Observer, “to me it seems inconceivable that it hasn’t increased the number of stalkers who use [the AirTag].”

The Psychological Impact of AirTag Stalking

Intimate partner violence often scars its victims, physically and psychologically, for life. For the victim, it’s something that will often be a source of anxiety, terror, and nightmares. These last for many years after the victim finally breaks the cycle and escape their abusers.

We know that intimate partner violence is one of the most singularly traumatizing things that anybody in our society has to endure. Simply the fear that they could be tracked and don’t know is a source of really deep concern

Often-times most concerning to them, most frightening, was the idea that heir former abuser, their current abuser, could track their location. And that’s something that Apple has made easier than ever.

Even though Cahn notes academia has yet to publish any studies examining the effect AirTag stalking might have on victims, it’s only a matter of time. He believes the reviews are forthcoming. Once published, they’ll demonstrate that the idea of an AirTag secretly, silently tracking their every move, terrifies many people.

It’s something Cahn fully believes Apple has the ability to stop in its tracks. “They should stop selling it,” he says. “I mean, it’s really that simple.” If Apple were to cease any and all sales of AirTags, turn off the ability in the Find My app to register new devices, that would certainly be a step in the right direction.

I’ll stop short of saying Apple should disable all AirTag tracking in the Find My app. After all, that would generate an immense backlash, customers insisting on refunds or even pursuing lawsuits against Cupertino. At a minimum, though, Apple should put a stop to AirTag stalking in the future by ceasing sales of the tracking devices and new activations.

After all, is it in society’s best interest for the tech giant to continue selling the AirTag? Cahn argues no, and I’m prone to agree with him. It’s clearly a case of Cupertino listening not so much to society, to the people affected by the technology. Instead, the leadership at Apple is listening to engineers who say, “Wait, give us a sec, we can fix this.”

You have a bad but profitable idea, and people think well we can just engineer a safeguard into it. They don’t listen to the survivors when they’re doing it, they don’t listen to those most impacted. They listen to the engineers. And here they engineered woefully insufficient protections that have, at best, told people they were being tracked long after their location data has been compromised, and in many cases failed even to do that.

Cupertino’s Response to the Problem Doesn’t Fix Anything

Apple has taken a reactionary approach to the problem of AirTag stalking. The company has responded to complaints about the devices being misused by shortening the amount of time it takes to alert people they may have one of the devices nearby. This, of course, does little for someone without an iPhone or if the AirTag’s speaker is disabled.

Cupertino now offers new verbiage in the activation process. In the latest version of iOS, the software warns consumers of the legal consequences if they use an AirTag to stalk someone. Apple began offering an app on the Google Play Store so Android users can scan for nearby AirTag devices.

Cupertino has also offered guidance for how people should respond when they think someone’s using an AirTag to stalk them. Some, though, have taken issue with these recommendations as being insufficient or just plain wrong.

All of that, to quote my grandfather, is simply closing the barn door after the horses have already escaped. Cahn says it’s already clear what the AirTag means for society: “Apple tried to make a tracking device that couldn’t be weaponized as a stalking device and they found out it’s impossible.”

Other Accessories Don’t Have Marketing Reach

Many have asked why this is being decried now, when Bluetooth tracking devices have been around for years. Tile sells such a device, a Life360 affiliate produces and markets one. Nevertheless, it’s Apple coming under fire for the stalking capabilities of its AirTag.

The reason is simple, Cahn says. Tile, Life360, and others haven’t spent decades touting themselves as the arbiters of our privacy protection. “Tile isn’t taking out massive billboard campaigns on the side of the road,” Cahn says, promising “in 10-foot high letters to give us privacy.”

Apple has always claimed to be fiercely protective of personal privacy. Steve Jobs insisted that privacy should be sacrosanct for all tech companies. He defined privacy as people knowing “what they’re signing up for, in plain English and repeatedly.” Cahn points out that’s a legacy Apple has, on the surface, continued to project.

A company that puts a premium on our privacy. They’ll protect us against any adversary, whether cybercriminals or the government themselves

For them to turn around after all of those promises and put out a tracking device. It really violates all the rhetoric we’ve heard for years.

Apple’s massive marketing reach and global distribution channels mean it can sell its own tracking device on a scale others simply cannot hope to achieve. This is why Cahn believes Apple should stop selling the AirTag. Instead, he thinks, Cupertino is “imagining a world with a billion AirTags around the planet. And to me that’s not a world I want to live in.”