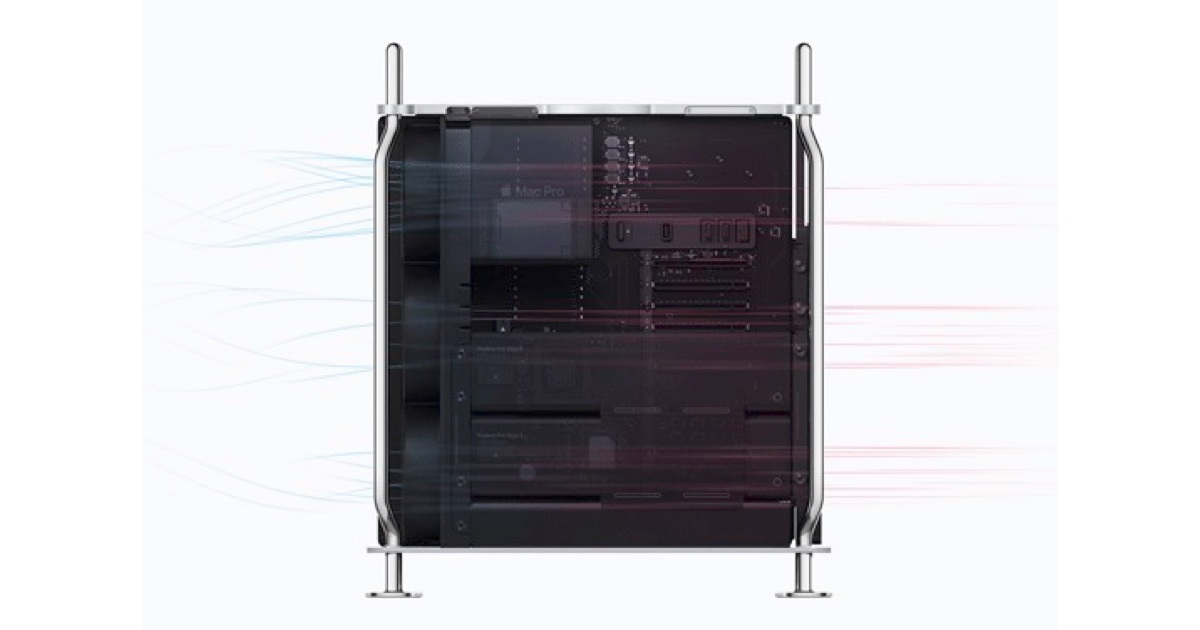 At the risk of invoking the term “cheese grater 2.0” (everyone else will), Apple has unleashed a powerful new Mac Pro that looks to have fully acknowledged the need of pros and appears to have done everything right.

You can read the tech specs in Apple’s news release and in our own TMO coverage. What I want to look at here  is the big picture.

First, Apple chose the right venue for this announcement. As I said last Friday,

Whether Apple likes it or not, services don’t convince us of Apple’s ability to innovate. It’s the hardware we look to, and hardware is the realm where WWDC, magic and our dreams meet.

This is indeed the machine of dreams. With new Xeon W CPUs, up to 28 cores, a new graphics system called the MPX module, a 1.4 kilowatt power supply, and up to 1.5 TB of RAM, it needn’t feel inferior to any HP Z workstation. It’s going to delight technical and creative professionals. What’s more, Apple didn’t hold back or compromise, and it allowed the price to reflect the power of the hardware.

I surmise it requires macOS 10.15 Catalina which is one reason it’ll ship in the fall. [UPDATE: The tech specs state that it’ll run Mojave.]

Next, the use of Xeon CPUs suggests strongly that it was premature to go with a suite of A-series CPUs even though many observers, including myself, believe that Apple will go that route eventually.

Wisely, Apple’s SVP of Product Marketing, Phil Schiller, did not introduce this new Mac Pro. Doing so would have raised the specter of the 2013 hoopla which turned out to be unjustified—in hindsight. John Turnus did a great job of delivering a technically exciting but sober approach and revealed the thought that went into the design and engineering. He let the hardware speak for itself, and we felt it. Clearly, there’s a part of the customer base that Apple wants back badly and for keeps.

It’s just a shame that Apple took so long to realize that this is the kind of Mac the pros have been hungry for.

Some may complain that it’s too expensive, but we’ve beeen down that road with the iMac Pro. Those who need the power of this Mac Pro are those whose business case justifies its cost. The rest of us can, with ongoing joy, fantasize about winning our state’s lottery.

Finally, in my own case, when the time comes that my 2013 Mac Pro will no longer run the latest version of macOS, the new (thank goodness) Mac mini, properly configured will do the job for me as a writer and podcaster. This is a new feeling, that is, not being able to afford a new Mac Pro. But my thanks goes out to Apple for planning ahead and shipping the 2018 Mac mini—in recognition of this precise customer dilemma.

We’ve certainly been getting feedback from a specific group of users in particular, desktop Mac Pro users. We’ve been listening to that. We’ve been talking to them! We’ve actually been going out, meeting with a lot of pro customers to understand how they use our products, what their workflow is like, things they might need. So we certainly understand a lot about them; there’s always more to learn but we understand a lot about them.

Apple looks to have delivered on its promise to deliver what the pros wanted. I, for one, am very, very pleased. It turns out, we needn’t have worried.

What do we know about ARM support for PCI, for example? I suspect we’re a looooong way from using Apple chips in Pro machines.

The new Mac Pro is insanely powerful, but man, is that thing ugly. It’s not far from memory that many pundits spent months reading Apple’s tea leaves (“rethinking a more modular Mac Pro” might lead to “stackable” Mini-like modules, for example), but it turns out that Apple reverted to the prior decade’s form factor… just, garish. Which is fine – don’t get me wrong! There’s only so much “reinvention” that can be done with high end work stations. Also, minor issue with its accessibility: While the amount of time someone might spend opening a computer up to upgrade its guts… Read more »

and what happens when one stick out of your 1.5TB RAM goes bad, and you’re forced to repeatedly swap them in & out to find the bugger?

You remove the case. Then plug everything in and experiment until you find the problem stick. Then you put the case back on. You could run any of the old MacPros with the case open. Yes there are some systems with an interlock switch to keep it from turning on without the case in place, but those are easily defeated. It really isn’t a problem.

The new Mac Pro shuts down automatically when you lift the handle up. While it’s possible there may be an internal way to bypass that, you don’t know, because no one knows yet.

So it appears that everything needs to be unplugged from the back before you can lift the cover!!! That seems “less” convenient…

For the record, I was 100% right on basically everything about the Mac Pro. Much like everything else. 😀

That’s why we choose TMO, because there’s one voice “for the rest of us”. Couldn’t live without your perspective John. Be interesting to see how Apple moves to newer PCI standards – as you noted – they’re at the mercy of intel, unfortunately. Still, not you’re typical disappointing hardware, like the new MacBook Air, for example.

John, you seem fairly resigned to life with a MacMini. But, I do feel that Apple is taking us all for a ride in terms of bang for buck. They have us by the gooleys because they have wound us in with the Mac OS and then given us sealed boxes that we pay premium in terms of BTO and forcing one to purchase new machines more often. Escaping this vortex can only be achieved by paying an awful lot of money for the pro desktop. And if you do they only give you a measly 256GB SSD for the… Read more »

Those who need the power of this Mac Pro are those whose business case justifies its cost. The rest of us can, with ongoing joy, fantasize about winning our state’s lottery.

Not really, The total cost now is $13,000 including display and all as previously included. So, more than twice.

Not everything. It has PCI 3.0 when the PCI 5.0 standard was recently ratified and PCI 4.0 mother boards are shipping. PCI 4 doubles the bandwidth of PCI 3, and PCI 5 doubles that bandwidth again. However, to be fair, it’s not Apple’s fault. Intel (who sucks) does not have a Xeon chipset supporting PCI 4/5. They probably wont for a couple of years, and then (assuming apple updates this thing regularly) it might take a year for Apple to get it upgraded. So you might not get those upgrades for 2-3 years. Which means, you probably should get this… Read more »

I may be ordering a new Mac mini and see how that does for my photo work flow. (I will tic a few upgrade boxes)

I don’t know if I’d say everything is right. It’s an amazing machine, but Apple has once again left themselves open for ridicule. The $6,000, 40-lb. base pro desktop machine comes with the same amount of SSD storage as my 2.4-lb., 1.7-cm-thick 2013 11-inch MacBook Air. I don’t care if the target user is going to have an external HD array; it looks bad, even laughable, for Apple to pinch pennies on a $6K computer.

As you note, the use case is presumably studios that are likely to use SANs, Thunderbolt or PCIe storage.

Having spent so much money you would expect more. It has always been thus. When you spent €2,500 for the original Mac Pro, you had to pay extra for the wireless and BT, when those came as standard on the other models.

The tech specs page for the new Mac Pro states it runs with Mojave, so it may not have to wait for Catalina to be released.

Thanks! I updated the article.