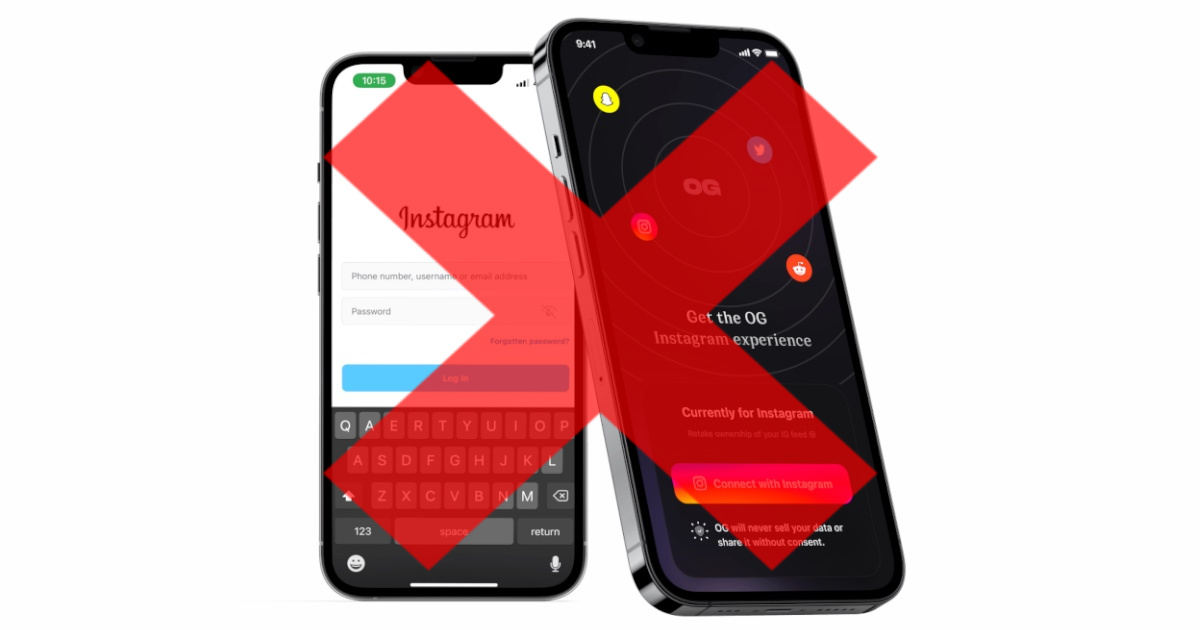 Offering an ad-free Instagram experience, the creators of the app, Un1feed, stated it is no longer able to provide services to their users due to the removal from both stores.

In a report from TechCrunch, Un1feed took to Twitter to announce that the OG App has seen removal from the Google Play Store. For the Apple App Store, the OG App made it only a couple of days before seeing removal from the Store. According to Apple, the OG App used Instagram’s API in a way that breaks both Meta’s and Apple’s TOS.

Our goal with OG was to give users a glimpse of this within the current paradigm. However, following our removal from the Google Play Store and Apple App Store – OG will be unable to continue serving users through our mobile app.

On the OG App’s official website, there is now a banner at the top of the page that states, “OG has been taken down from the App Store & Play Store. Click here to join the waitlist for iOS/Android/Windows/Mac”.

According to TechCrunch, Meta has been going through several security mishaps, many of which we here at TMO have reported on as well. However, due to these issues, Meta has made the rules around using their API’s even more restrictive. Considering that the OG App was attempting to offer an ad-free Instagram experience, one may see why this night not gel well with Meta.

However, many are still not happy with the current direction Meta is attempting to take Instagram.

At the end of July, Instagram was host to a wave of criticism after making several changes that users thought were too obvious to TikTok. The largest feature that received criticism was a feature implementing an algorithm showing users more videos from accounts they do not follow.

What do you think about the OG App seeing removal from both App Stores? Let us know in the comments.