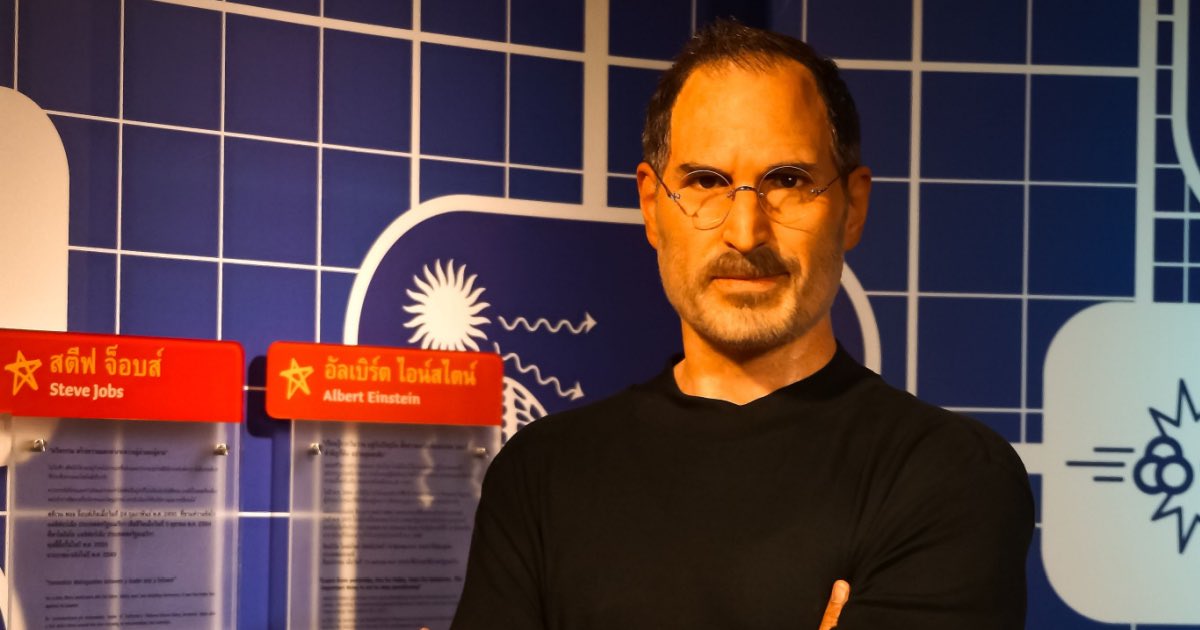 A new Podcast has posted quite the fascinating interview, which features an AI conversation between “Steve Jobs” and “Joe Rogan”.

While the technology is certainly phenomenal, users may be taken aback by the uncanniness of the interview.

Sources for 9to5Mac indicate that Podcast.ai chose Steve Jobs for the first interview because,

We wanted to push the boundaries of what is possible in current state of the art speech synthesis, we wanted to create content that can inspire others to do the same, and there was no one who inspired and impacted the technology world more than Steve Jobs, that’s why in the first episode we brought his voice back to life.

Listening to the podcast, it certainly sounds like Joe Rogan and Steve Jobs having a discussion. However, it sounds more like they are talking “at” each other, rather than “with” each other. In particular, Jobs sounds more like he is delivering a speech to an audience rather than having a conversation with Rogan. This likely due to how the website sourced the voice of Jobs. (You can really hear it in Jobs’ line “Your audience is just so different from your normal Apple users, and that’s a good thing!” at the 1:55 mark).

It’s an interesting, albeit creepy listen, and for Apple fans, it’s certainly worth checking out.

As a listener, it couldn’t help but remind me of the time the band Crass did something somewhat similar, though for far more mischievous reasons.

Known as “Thatchergate”, the Anarcho-Punk band Crass spliced together a phony conversation between Ronald Reagan and Margaret Thatcher, suggesting that Margaret Thatcher had allowed the attack of the HMS Sheffield to further escalate the Falklands War. At one point, Thatcher herself considered going on Television to declare the tape a hoax. According to CBC, both the CIA and MI6 spent months looking for those responsible for the tape.

While not entirely similar situations, it does bring to question the ethics of AI. While the podcast is obviously lighthearted and announces itself as a creation through AI, obviously not all content will be this obvious and straight forward.

Of course, those that have been on the internet long enough know that almost anything they see should be taken with a grain of salt. For now, it’s fascinating and wonderful to watch AI evolve, though ‘how’ and ‘why’ are certainly questions that should often be discussed.

You can listen to the full “interview” here.

What do you think about the Steve Jobs/Joe Rogan “interview”? Who would you like to see on the show? Let us know in the comments.