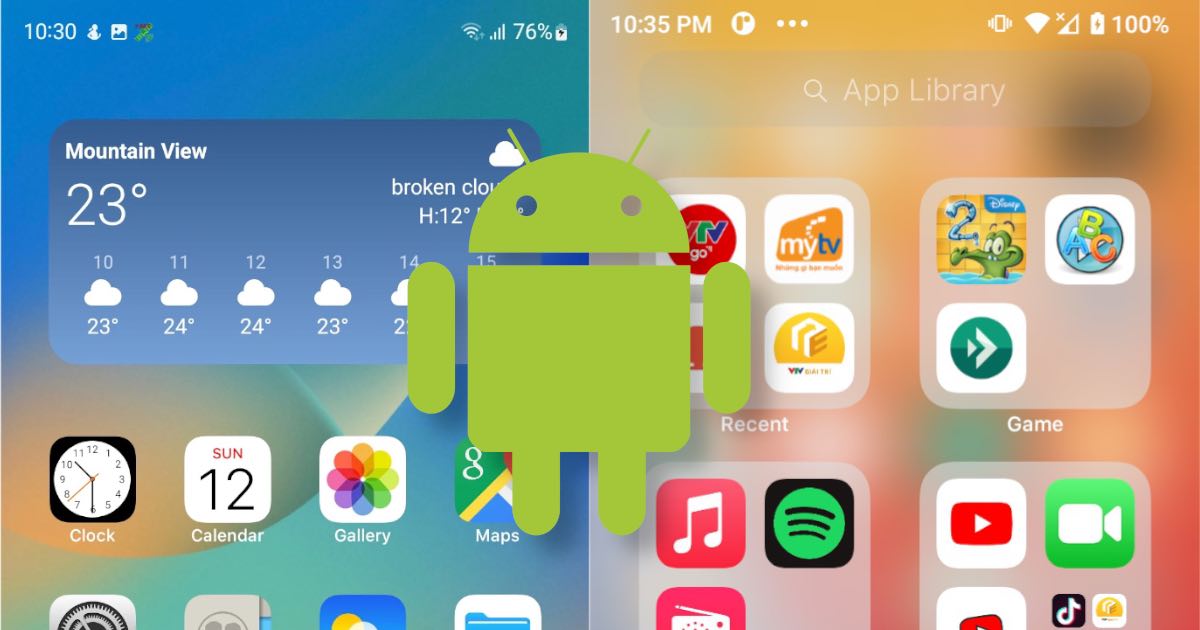 According to reports, a popular launcher on the Google Play Store that replicates the iOS experience for Android is now surpassing 50 million downloads. The latest update to the launcher now imitates design changes and features within iPhone and iOS 16.

The iPhone-copying Launcher has been gaining popularity in thanks to Twitter.

According to reports from MacRumors, the copycat launcher, named “Launcher iOS 16” comes from developer LuuTihn. According to the Google Play Store, the “About this app” states,

Launcher iOS 16 sets a new standard for the Android mobile operating system. It makes your phone better than before. And now it opens up to amazing possibilities for launcher on your phone. With Launcher iOS 16, Your phone is the most powerful, personal, and intelligent devices they’ve ever been.

For those unfamiliar with Android, a launcher is a program that runs on a device’s Home Screen featuring their own designs, personalization features as well as other options outside of what is offered by the original device. A quick search of “iPhone Launcher” on the Google Play Store results in numerous launchers of this type.

Typical to Android, the launcher allows users to customize in ways iPhone cannot. This includes being able to customize categorization of apps with the App Library, Home Screen animation tweaking, renaming apps and more.

Certainly you’re not using this Android Launcher, right? You’re using the latest iOS 16 public beta, yeah? Or you made the update to iOS 15.6.1, naturally? Let us know in the comments.