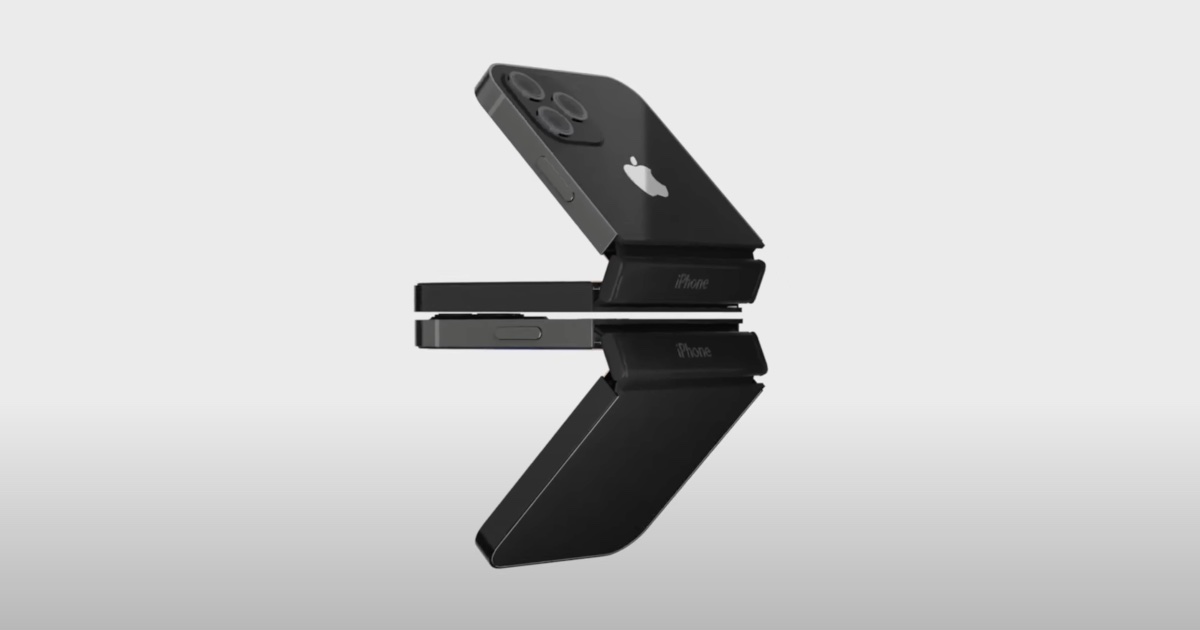 With the recent news that Apple may be finally looking into the world of foldable devices, a team from China has already been busy at work creating the first folding iPhone.

The team has shared their year-long journey of creating a folding iPhone on their YouTube channel. However, while complete, the phone has some slight to major problems.

KJMX Creates First Folding iPhone Ahead of Apple, With Some Slight Hiccups

A team known as “The Aesthetics of Technology”, also known as KJMX, has developed a foldable iPhone, though it is costly and prone to several mechanical errors. Posting the 17:33 video to the their YouTube page, the team details the incredible lengths they went to in creating a folding iPhone.

Starting with the idea that the device needed to fold while also preserving as many original iPhone parts as possible, one of the largest challenges was removing the proper components from the iPhone screen. KJMX used 37 different iPhone screens in an attempt to extract the necessary components for their folding iPhone. While the team notes that the main display of an iPhone comprises six elements, the team only needed two for their folding device: the OLED and the touch-screen elements.

Furthermore, the team also had to use a smaller 1000mAh battery to leave room for the new components. Jokingly, the team stated that their folding iPhone has “the shortest standby time” of any iPhone.

The team also used a custom Jailbroken version of iOS so that the iPhone could take advantage of its new folding design.

An incredibly difficult process, the team spent a better part of a year bringing the project to life. However, though they did accomplish their goal, the completed phone still has notable issues. For one, actually bending the iPhone screen creates damage, even with “normal” use of the prototype. KJMX notes that they had to replace the screen after only a couple of days of use.

However, despite the project potentially taking too much time (and money), the final product from KJMX looks fantastic. In thanks to their Jailbroken custom-iOS, the team’s folding iPhone is able to take advantage of the new feature by including several software elements, such as split-screen and multitasking features. The team also says that the fold can be useful for navigation and taking photos.

While Apple is likely looking toward foldable tablets and notebooks before smartphones, KJMX has given audiences a unique look into what a foldable iPhone may look like. While this project likely isn’t even for the super-hardcore modding community, it is fascinating to not only see what a small team is capable of, but the lengths that the modding community is able to push the limits of an iPhone.

What do you think about the Aesthetics of Technology’s project? Let us know in the comments.