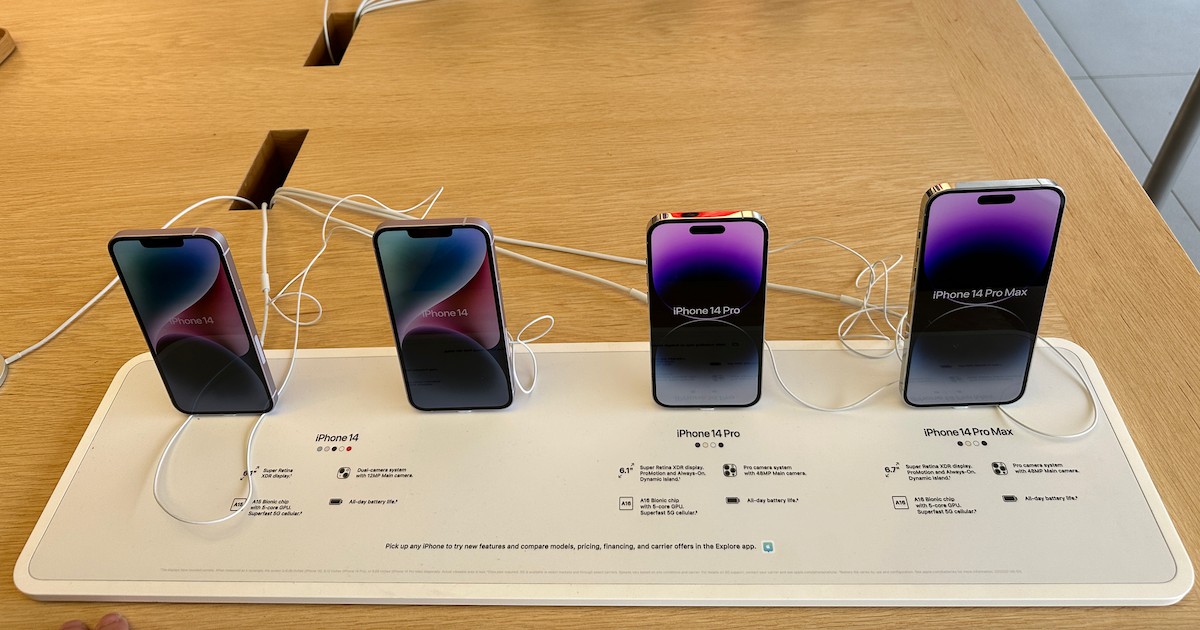 Reports indicate that Apple is calling off plans to increase production of the latest iPhone series after an anticipated spike in demand failed to come to fruition.

According to Bloomberg, this news arrives from sources familiar with the matter.

Sources stated that Apple has reportedly told suppliers to scale back efforts to increase iPhone 14 production and assembly by as many as 6 million units in the second half of the year. In the weeks leading up to the launch of the iPhone 14, Apple boosted sales projections, though it now appears demand is not as strong as originally thought.

Due to this, Apple is now aiming to produce 90 million handsets for the period. This amount is around the same as numbers for 2021 production, and is more in line with Apple’s original summer forecast.

Right now, one major reason for the impact in Apple’s sales is China’s current economic slump. According to sources, purchases of iPhone 14 models during the first three days of availability are down 11 percent on last year’s iPhone 13 series. China is also one of the few countries, along with the U.S., to not see a price hike on the new series.

Looking at the Numbers

Looking at sales in a more global sense, rising inflation, fears of recession as well as the ongoing war in Ukraine are also having an a global impact on demand for consumer electronics. Figures provided by Bloomberg suggest that the smartphone market will likely shrink by 6.5 percent this year to 1.27 billion units.

While the base model iPhone 14 and iPhone 14 Plus seemingly continue to hit below the average, the iPhone 14 series seems to be doing well. On Sept. 26, reports from the New York Times indicated that demand for the iPhone 14 Pro series has been robust enough to project that the global average selling price (ASP) will rise. According to research from Counterpoint, the ASP may reach a record-high of $892 in the September quarter, and $944 in the December quarter.

As we get closer to the holiday season, it will be interesting to see what, if anything, changes.

Have you made the move to the iPhone 14? Let us know in the comments.