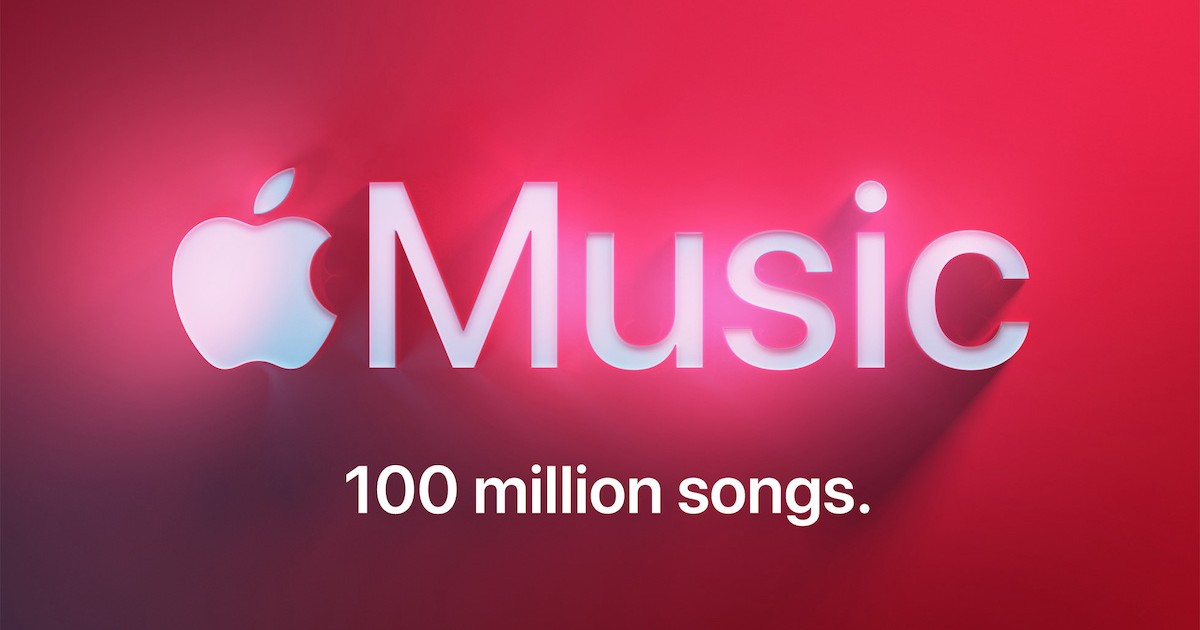 Today Apple is celebrating the milestone of 100 million songs currently on Apple Music.

In addition to this celebration, Cupertino also noted two areas where it is working to improve the service.

Twenty-one years on from the invention of iTunes and the debut of the original iPod, we’ve gone from 1,000 songs in your pocket to 100,000x that on Apple Music. It’s phenomenal growth by any metric. The entire history, present, and future of music is at your fingertips or voice command.

More music than you can listen to in a lifetime, or several lifetimes. More music than any other platform. Simply the biggest collection of music, in any format, ever.

One hundred million songs — it’s a number that will continue to grow and exponentially multiply. But it’s more than just a number, representing something much more significant — the tectonic shift in the business of music making and distribution over these past two decades.

Along with celebrating an incredibly expansive library of music, Apple also noted that the rise of Apple Music has also helped democratize the music industry as a whole. The company argues that in thanks to such a large library of songs, more artists than ever before are capable of finding their way in the music industry.

Every day, over 20,000 singers and songwriters are delivering new songs to Apple Music — songs that make our catalog even better than it was the day before. One hundred million songs is evidence of a more democratic space, where anyone, even a new artist making music out of their bedroom, can have the next big hit.

Concerning the future of Apple Music, Newman observed two areas that the streaming platform is looking to improve. The first being more human curation to drive recommendation algorithms. Newman observes that with such a vast library of content, users finding new music on their own can be rather challenging. Apple Music is looking to develop better ways for users to find new music, with examples being radio hosts and handcrafted playlists.

Additionally, not only is Apple Music looking for ways to improve its recommendation algorithms, but the streaming platform is also looking to provide more context for music present on the platform, such as Apple Music Today.

The new Apple Music Today feature will explore one song every day while also exploring the history behind the music. For example, the first Apple Music Today event is called “Nothing Compares 2” Sinead O’Connor taking a stand on SNL. O’Conner achieved a certain level of notoriety when she tore up an image of Pope John Paul II during her performance on the late night show. The song “Nothing Compares 2 U” would be her last big hit before her SNL performance.

Of course, there is still a lot in store for Apple Music. Along with the addition of Spatial Audio and Lossless Audio in 2021, Apple Music has also gained DJ Mixes in Spatial Audio, concert livestreams, playlist sorting and favorite artists as well as exclusive live release and covers. Additionally, there are also reports that Apple will release Apple Music Classical by the end of 2022.

Of course, you can also see my recommendations for what to listen to on Apple Music.