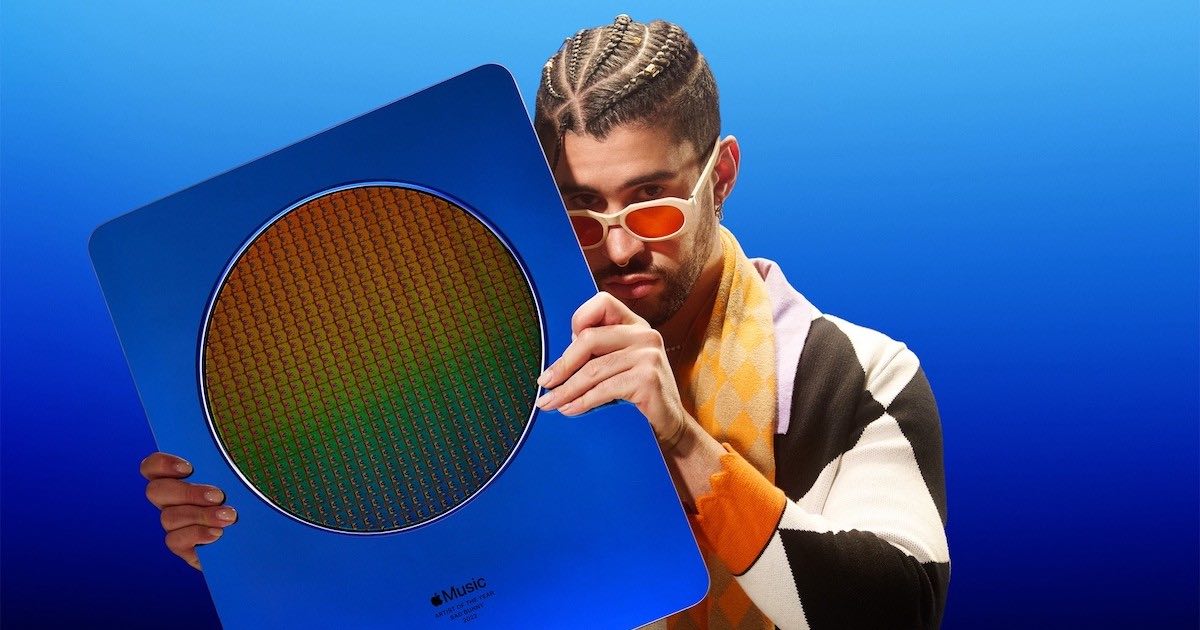 Today, Apple Music has announced that Bad Bunny is Artist of the Year for 2022. To celebrate, the streaming service has curated a wealth of content celebrating the rapper and singer.

The global recording artist has been recognized by Apple Music for his chart-topping album Un Verano Sin Ti, as well as his “seismic” impact on Pop around the globe.

Apple Music has announce that global recording artist Bad Bunny has earned Artist of the Year for 2022. Bunny’s sixth and latest album, Un Verano Sin Ti, is not only Apple Music’s most streamed album of 2022, but is now the biggest Latin album of all time.

We’re thrilled to celebrate the achievements of Bad Bunny, whose influence on every corner of culture could not be ignored in 2022, said Oliver Schusser, Apple’s vice president of Apple Music and Beats. Watching Bad Bunny ascend from an Apple Music Up Next artist in 2018 to our Artist of the Year this year has been nothing short of extraordinary. We congratulate him on his record-breaking year and for continuing to bring Latin music to a massive global audience.

In celebration of Bad Bunny’s win, Apple Music shared a special section within the app dedicated to the Puerto Rican artist. Featuring a “Best of” section which includes a plethora of the artist’s work on the streaming service, the new section also features Bad Bunny’s interview with Ebro Darden, as well as the section “Spotlight on Puerto Rico”, which features other artists and tracks.

The new section also features a spotlight on Reggaeton music, as well as a selection of past Apple Music Award winners. This includes The Weeknd, Lil Baby, Megan Thee Stallion, Taylor Swift, Olivia Rodrigo and H.E.R.