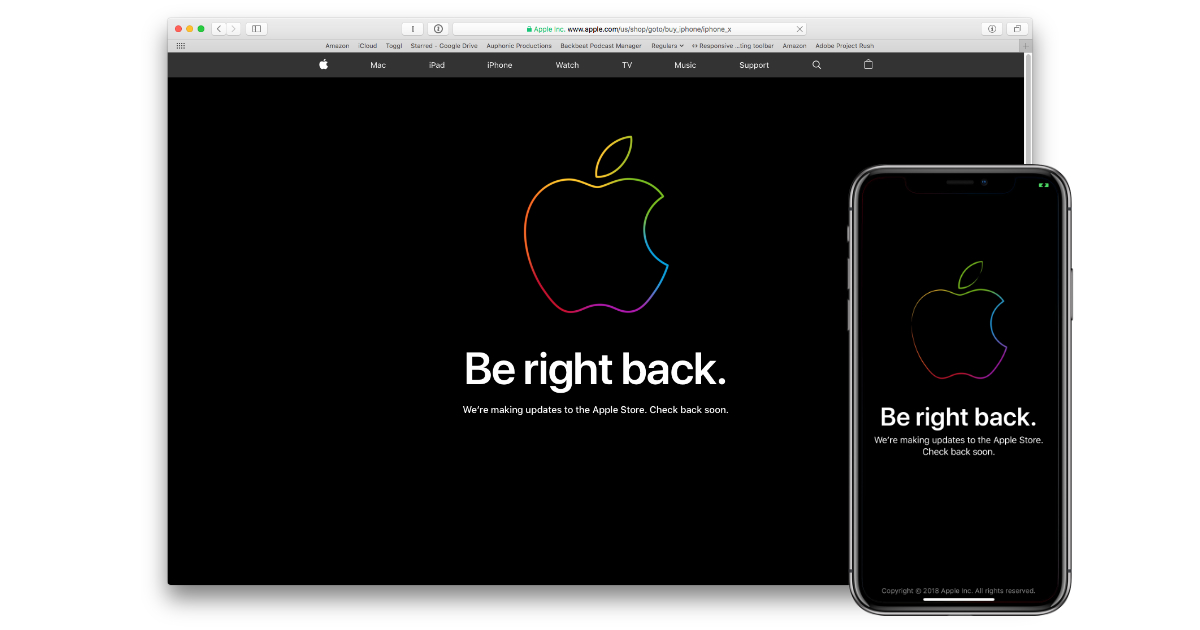 No surprise here: Apple’s online store was replaced with the “Be right back” message Tuesday morning ahead of the “There’s More in the Making” media event. Apple is expected to introduce new iPad Pro models, an updated Apple Pencil, and possibly new Macs, too.

Apple is hosting the special media event at the Howard Gilman Opera House in Brooklyn starting at 10 AM eastern time today, October 30th. The invitations journalists and bloggers received got a lot of attention because each one had a different stylized Apple logo.

Hints have been showing up in iOS 12.1 beta code to back up the idea we’re getting an iPad Pro announcement today. The new models are expected to drop the Home button in favor of thinner bezels and Face ID support, and to replace the Lightning port with USB-C. The USB-C port will be used for charging as well as peripherals and external displays up to 4K.

[Apple Pencil 2 May Include Gesture Support]

The new Apple Pencil may include a side button and gesture support. Presumably the features will let users control in-app settings such as brush sizes.

Be sure to follow along with The Mac Observer’s coverage and analysis of today’s announcements.