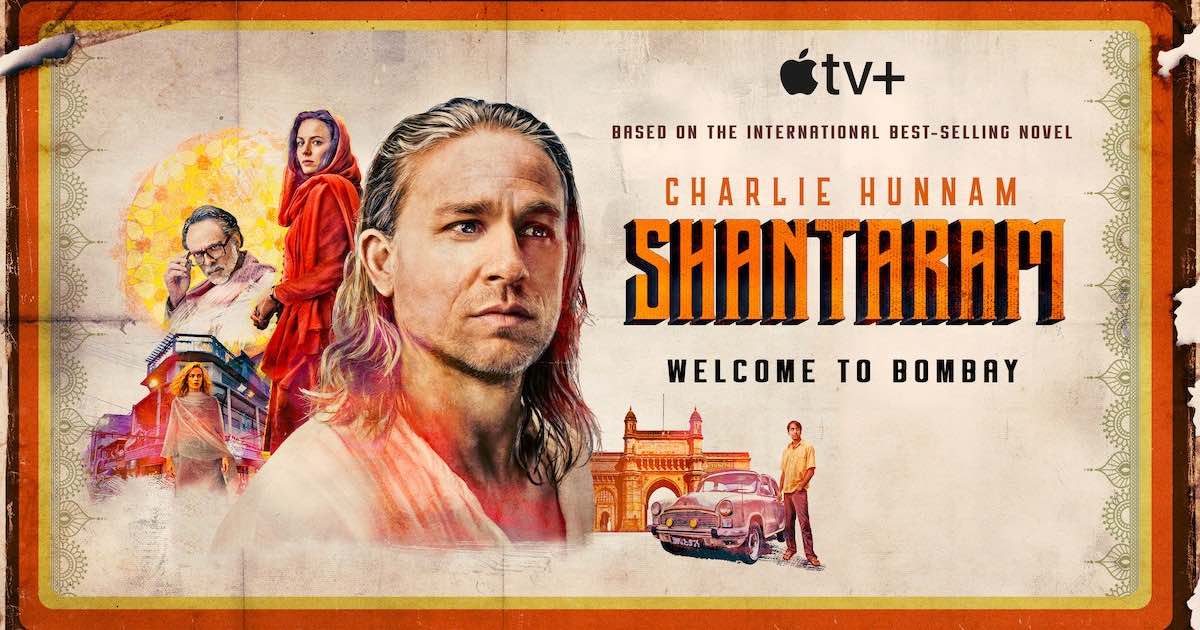 Based on an international bestselling novel, the new 12-episode Apple Original series will see a global premier Oct 14 on Apple TV+.

Apple TV+ has revealed the trailer as well as new first-look images for the new drama series Shantaram. The new drama stars Hunnam (Sons of Anarchy) and is based on the bestselling novel by Gregory David Roberts. The series will make its global debut with the first three episodes from the 12-episode season beginning Oct. 14. From there, one new episode will follow weekly every Friday through Dec. 16, 2022.

Shantaram follows a fugitive named Lin Ford (Hunnam) looking to get lost in vibrant and chaotic 1980s Bombay. Alone in an unfamiliar city, Lin struggles to avoid the trouble he’s running from in this new place. After falling for an enigmatic and intriguing woman named Karla, Lin must choose between freedom or love and the complications that come with it.

The series is a co-creation by Steve Lightfoot, who also writes, executive produces and serves as showrunner. Additionally, Bharat Nalluri directs and also serves as executive producer. Andrea Barron, Nicole Clemens, Steve Golin and Justin Kurzel also executive produce alongside Eric Warren Singer. Singer is also a co-creator of the series. Shantaram is a production for Apple by Paramount Television Studios and Anonymous Content’s AC Studios.

With Apple TV+ winning nine Primetime Emmy Award this week, including a historic win for Ted Lasso, it seems like the streaming service is off to a great start for the month. Though the news of the new iPhone 14 release seems to have kept the streaming service relatively quiet, there is still the new Steve Martin documentary to look forward to, as well as new seasons of Trying and Physical. Both Ted Lasso and Severance will likely see release next year.

What makes Shantaram particularly interesting is that Gregory David Roberts seems to stay somewhat active on the internet. While he has not posted a YouTube video in over a year, it is rather surprising that he keeps one at all. It is worth noting, however, that he did make sure to upload the trailer for the new series to his personal YouTube page.

Shantaram is also interesting for the amount of time it spent in development Hell. Originally, the series was meant to be a movie starring Johnny Depp.

Are you looking forward to Shantaram on Apple TV+? What are you watching right now? Let us know in the comments.