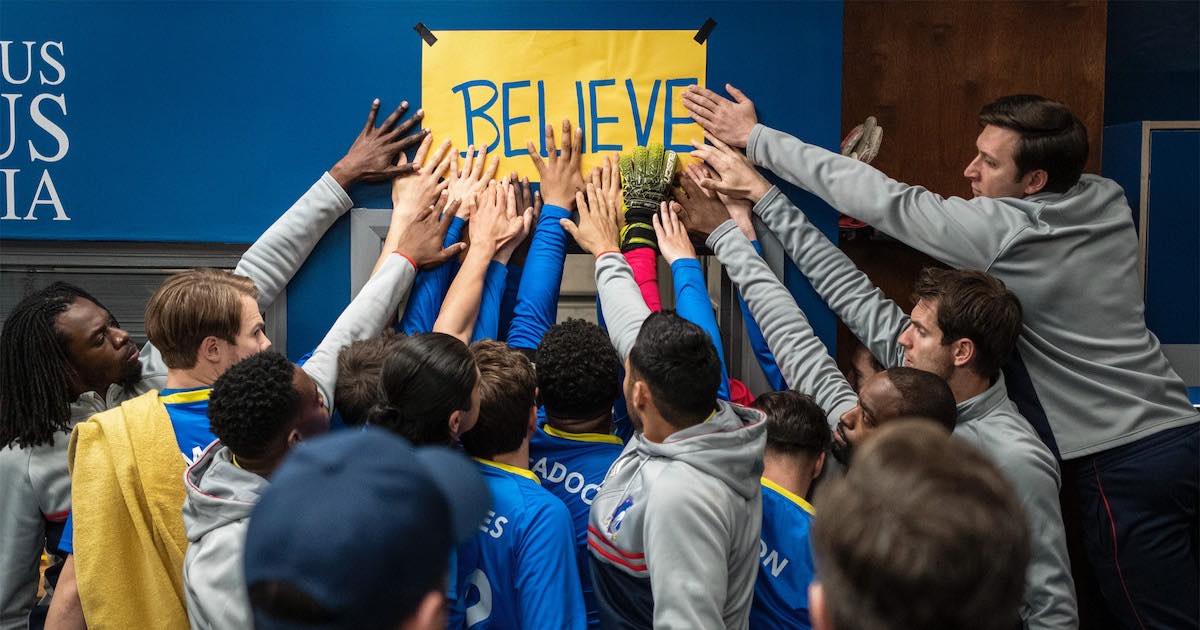 The 74th Primetime Emmy Awards occurred Sept. 12, and today Apple is celebrating comedy series Ted Lasso joining the ranks of comedy legends with its win for Outstanding Comedy Series for its first and second seasons.

Right now, the comedy series is only the eighth series within the genre to earn this distinction in the 74 years of Emmy history. Additionally, Ted Lasso also became the most Emmy-winning comedy for the second year in a row, with four total wins.

Apple’s Ted Lasso is now apart of an exclusive club featuring only seven other comedy series in history that have won “Outstanding Comedy Series” within their first two years. This list includes, Modern Family, 30 Rock, Frasier, The Golden Girls, Cheers, All in the Family and The Phil Silvers Show.

In an Apple TV+ press release,

We’re so grateful and humbled to see Ted Lasso honored with back-to-back wins for best comedy as audiences around the world continue to love the show and these characters as much as we do, said Zack Van Amburg, Apple’s head of Worldwide Video. It has been such an honor for all of us at Apple to collaborate with the exceptionally gifted cast and creative team to bring this heartwarming, hilarious, and kind series to the screen. We sincerely thank the Television Academy for recognizing the show and appreciate everyone for believing.

Currently, Apple Original series, films and documentaries have seen over 275 award wins and a staggering 1,152 award nominations and counting. This of course includes Apple’s historic win at the Oscars with CODA taking home Best Picture. A first for a streaming service.

The 2022 Primetime Emmy Award Wins for Apple TV+ are as follows:

It’s been a great year for Apple TV+ to say the least. With even more content arriving to the streaming service, no doubt next year’s Emmy Awards will see Apple TV+ once again claiming more wins.

Have you been watching Ted Lasso? What are you watching on Apple TV+ right now? Let us know in the comments.