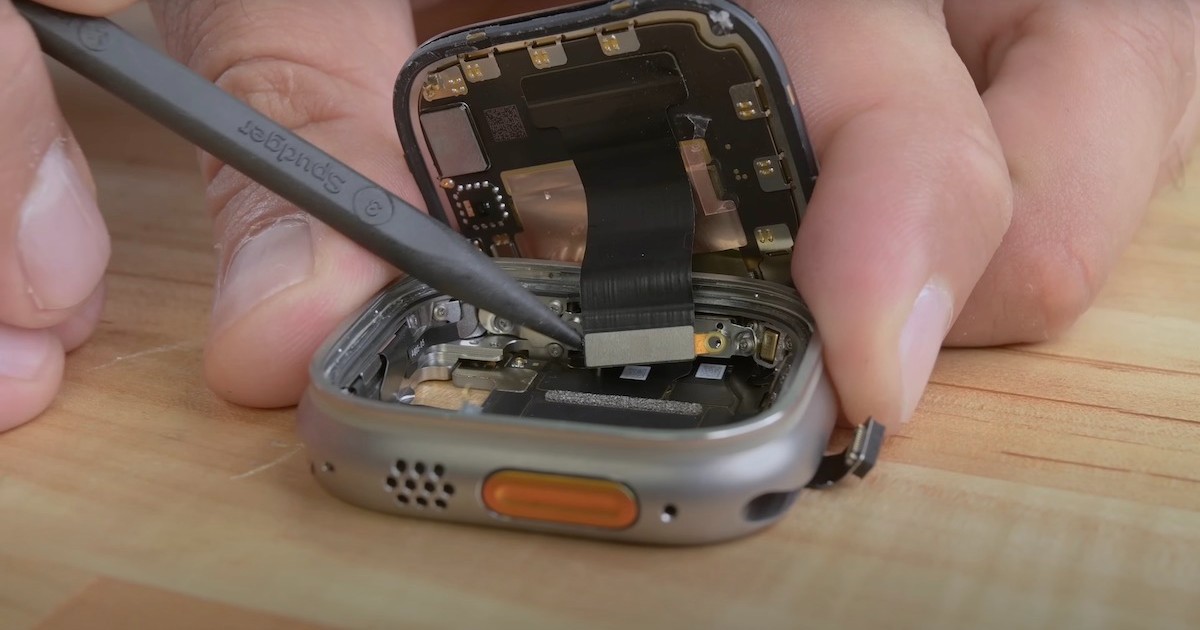 Consumer repair experts iFixit have recently shared a video showing a full teardown of the new Apple Watch Ultra, and it may be a bit much for those looking to do their own repairs.

Though users are just recently getting their hands on the new device, iFixit and more adventurous users are already beginning to dissemble the device. Let’s take a look.

While we recently saw the new device get smashed with a hammer and thrown in a jar of nails, iFixit is now providing a more technical approach to opening the new Apple Watch Ultra. For those that enjoy exploring what’s inside their newest tech, take heed that this teardown isn’t for the feint of heart.

Though the new Apple Watch Ultra does feature four P5 pentalobe screws on the back of the device, accessing most of the components can still be a rather difficult challenge. Within the iFixit video, for example, they end up breaking the screen while attempting to access the battery through the front of the device.

This is because even though the back of the device can be opened with four screws, there is still a small metal plate held down by three tri-wing screws. Both the video and other teardowns note that removing this is problematic and involves removing several ribbon cables.

It is also worth noting that while the new sapphire display is more scratch resistant, this can also potentially make it more prone to cracking. Additionally, those looking to explore their device should also take warning that opening the Apple Watch Ultra removes much of the sealant that helps with the device’s diving abilities.

Though the new device may be rather hard to fix, repair and root through, the new teardowns did get a better look at the improved battery. Thanks to a larger battery, the Apple Watch Ultra has 36 hours of battery life compared to the Series 8 and SE’s 18 hours. The Ultra also features a larger capacity, with 2.1 Wh versus the Watch 8’s 1.19 Wh.

Interestingly, the team at iFixit also explored the new Apple Watch Ultra’s Siren, which is a means of attracting people to you should you get into an emergency. While Apple boasts that the sound comes through the speakers at 86 decibels, the iFixit team notes that the Siren isn’t singing as loud as they could.

While the new Apple Watch Ultra may not be as nice to repair as the new base model iPhone14 and iPhone Plus, it may be the smarter move to take a broken device to a Genius Bar or Apple Authorized Service Provider.

Got the new Apple Watch Ultra? What do you think of the new device? Let us know in the comments.