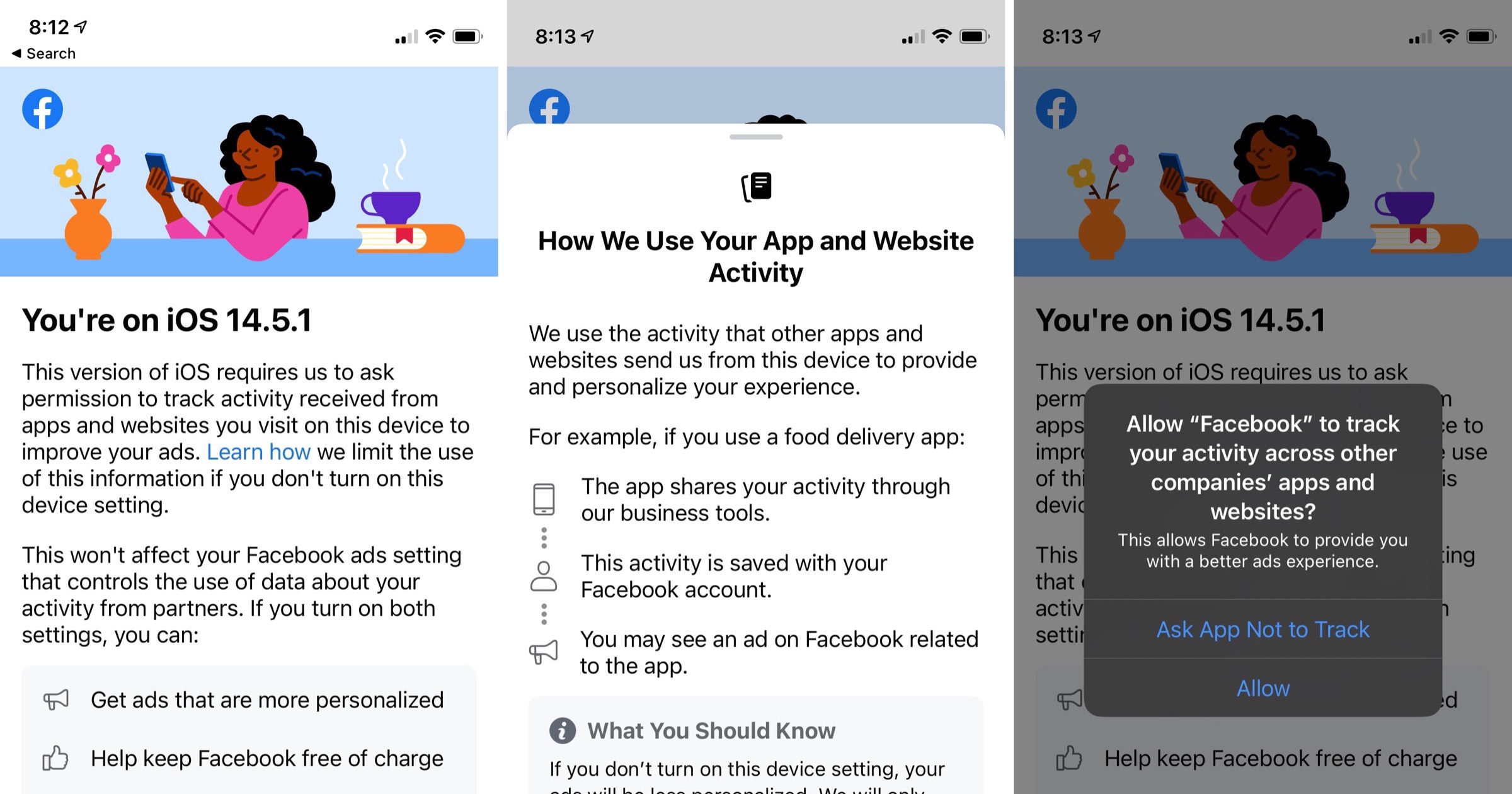 Facebook is displaying a message in the Facebook and Instagram apps on iOS 14.5 that tells people to let it track you in order to keep its services free.

As we’ve previously written, App Tracking Transparency is a major feature in iOS | iPadOS 14.5. It requires that apps ask your permission to use your data for ad tracking. You can find this toggle in Settings > Privacy > Tracking. When this toggle is turned on, iOS will send you a pop-up window the first time an app wants to use your data for personalized advertising.

Facebook’s message asks users to allow it to track them, implying that it keeps its apps free and helps support small businesses. But there is an important distinction to make. Facebook will continue to track your data and activity inside of its apps whether or not you tap that “Allow App to Track” button. Apple can’t change that part. What Facebook is asking is that you allow it to track your data and activity across other apps and websites.

If you accept the prompts for Facebook and Instagram, the ads you see on those apps won’t change. If you say no you’ll still see ads but they won’t be personalized based on your data.

Notably, App Store review guidelines say that apps aren’t allow to give users a reward or other incentive to enable app tracking.