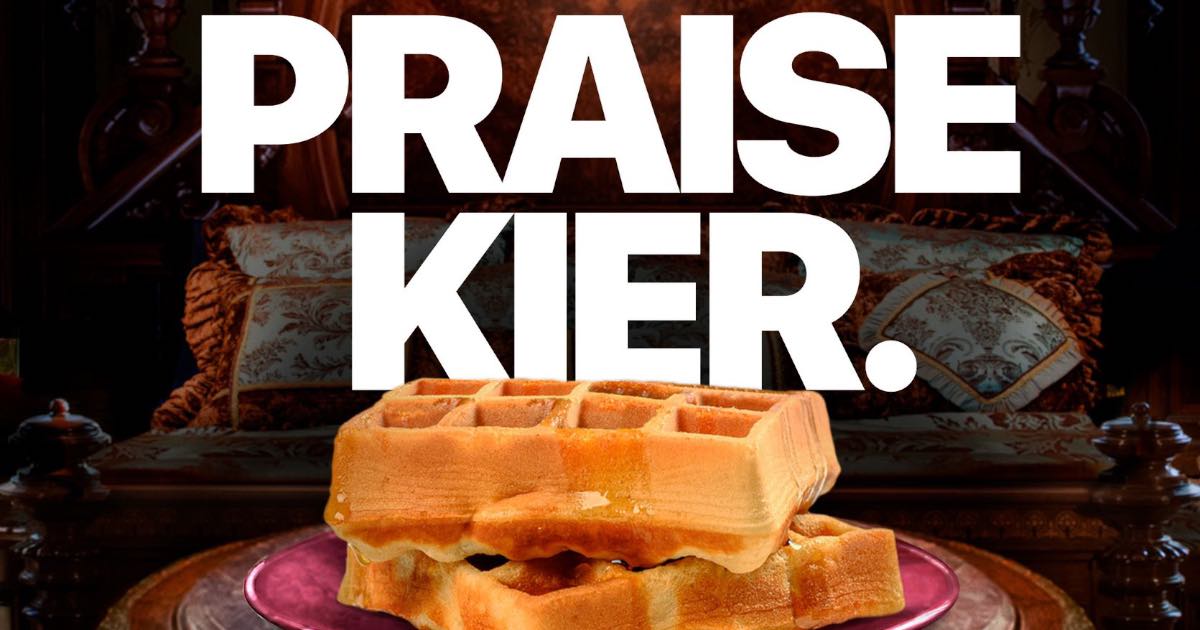 Severance fans get ready for a waffle party, as Grubhub, the popular U.S. food ordering and delivery platform announced a partnership with Apple TV+ and the show Severance this week.

To help celebrate National Waffle Day, GrubHub users will be able to earn a free “perk” with any order placed using a code inspired by the hit psychological thriller.

On Grubghub’s social networks, the company confirms the limited time offer will take place Aug. 24. Users will be able to use the code “PRAISEKIER” at the checkout in order to receive the free gift. According to the terms and conditions, the offer is valid between 9:00 a.m. EST and 3:00 p.m. EST while supplies last. Additionally, users also need to order at least $10 worth of food before taxes, tip and fees to receive the offer.

While the campaign suggests that users will get a free waffle, what exactly users will receive is not entirely clear. Users can download the GrubHub app free on the Apple App Store.

Who says innies get to have all of the fun?! Treat yourself with your own #Severance perk on #NationalWaffleDay, August 24th. @AppleTVPlus pic.twitter.com/P4AsXTCOIf

Apple TV+ has really been ramping up the promotion for Severance, and this promotion really seems to do a good job of sticking to the themes and the style of the show. In the sense that you’re likely to say “WTF?” that is. Of course, Severance also made a recent appearance on the The Late Show, wherein Stephen Colbert joined the cast of the series.

In terms of promotion, Apple has been doing a good job creatively promoting the show. Back in March, a mysterious LinkedIn page for Lumon began making the rounds. The LinkedIn page gave users a bit more information on the show, while also providing some comical Easter eggs. Additionally, Severance had a rather interesting experience for users at the San Diego Comic Con, wherein they got to explore Lumon Industries as an employee.

With the show receiving 14 Emmy nominations this year alone, it’s no surprise Apple is doing so much to promote the series. If you haven’t given it a watch just yet, I would highly recommend it. However, if you’re not a fan of cliffhangers, you may want to wait until the second season sees a premiere. (Seriously, I love the show, but in terns of cliffhangers, the season finale may be the most infuriating finale I have ever witnessed on television, and that includes who shot Mr. Burns.)

Fortunately, the series will see a second season, and personally, I can’t wait to see what that looks like.

Considering it would be rather difficult to send physical objects to stores that use GrubHub, or to deliver physical goods to delivery drivers, I would wager a guess that the “Severance perk” GrubHub is offering will likely be something available online. However, until tomorrow, its anyone’s guess.

Do you plan on ordering GrubHub for the Severance perk? What are you watching on Apple TV+ right now? Let us know in the comments.