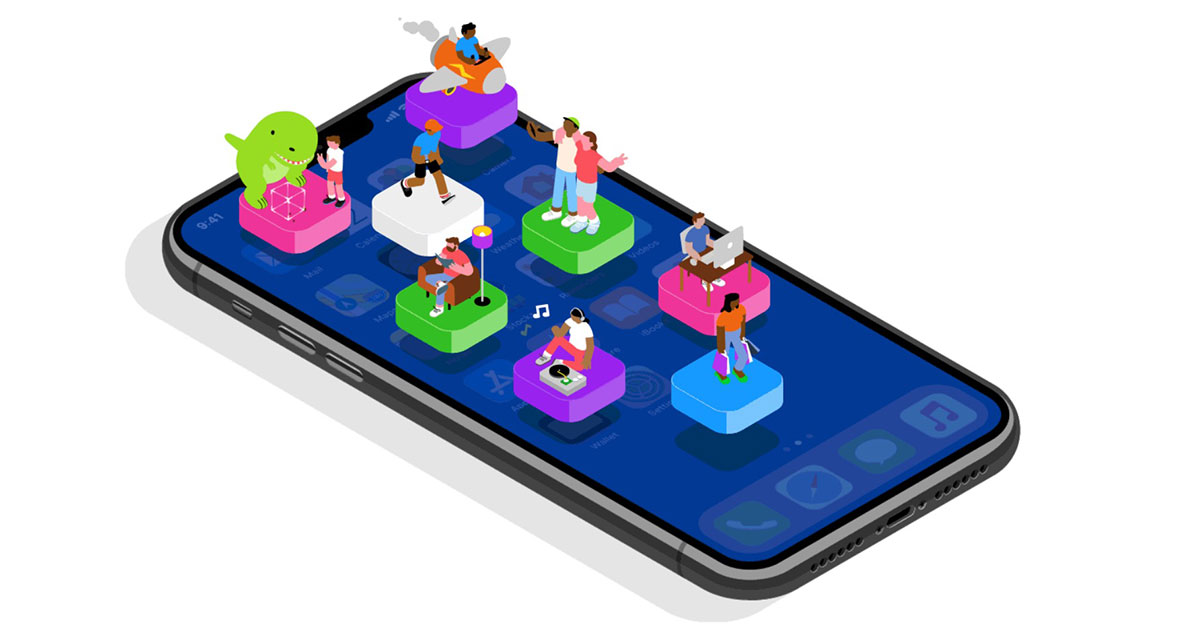 The App Store was launched ten years ago. Ten years! It’s hard to believe, but it was July 10th (next Tuesday) that Apple unleashed this world-changing concept. The company put out a long self-congratulatory announcement pre-celebrating this incredible milestone, including this great GIF:

Before 2008, the software industry was dominated by a few large companies. The App Store opened the door for any developer, from one-person shops to large studios, to come up with a great idea, build a high quality app and seamlessly deliver it to the growing number of customers around the world that today exceeds 1 billion people.

MLB At Bat, Tap Tap Revenge, Trism, The New York Times, eBay and Travelocity represented the wide range of apps available from day one, bringing to life an entirely new way to travel, play games, read the news and experience sports right in the palm of your hand.

Protecting user privacy is paramount in the Apple ecosystem, so from the beginning, Apple has taken great care in providing clear guidelines to developers and thoughtfully curating a safe, trusted app marketplace to ensure the best experience possible for customers around the world to discover and access apps.

Note that Apple is taking the opportunity to emphasize its commitment to privacy at a moment when more attention is being paid to the concept. Apple CEO Tim Cook has been saying for years that privacy would eventually become a competitive advantage, and we are starting to see the beginnings of that being a real thing.

Apple’s full announcement offers a look back at other milestones and includes a lot of supportive quotes from developers and others.

Kind of amazing seeing Pac-Man and Crash Bandicoot listed for $9.99 each.

On the up side though, with MFi you can now use a physical game controller, which is vastly superior to touchscreen controls for arcade and console ports like Pac-Man or Crash Bandicoot.

Definitely better than Steve Jobs’ “sweet solution” from WWDC 2007 where he told developers who wanted to write software for the iPhone that they could just write web apps. Developers in attendance described the web app approach as a “[rubbish] sandwich” as it didn’t allow them to use the same APIs that Apple used for its own native apps (or that were used for the built-in YouTube app.) To Jobs’ credit, though, they had actually added some nice features to Safari which allowed you to write web apps for the iPhone that worked reasonably well, for a web app at… Read more »