Introduced with iOS 13, Look Around lets you look at certain locations in Apple Maps as if you were actually there on the street. Here the available cities in which you can use it: 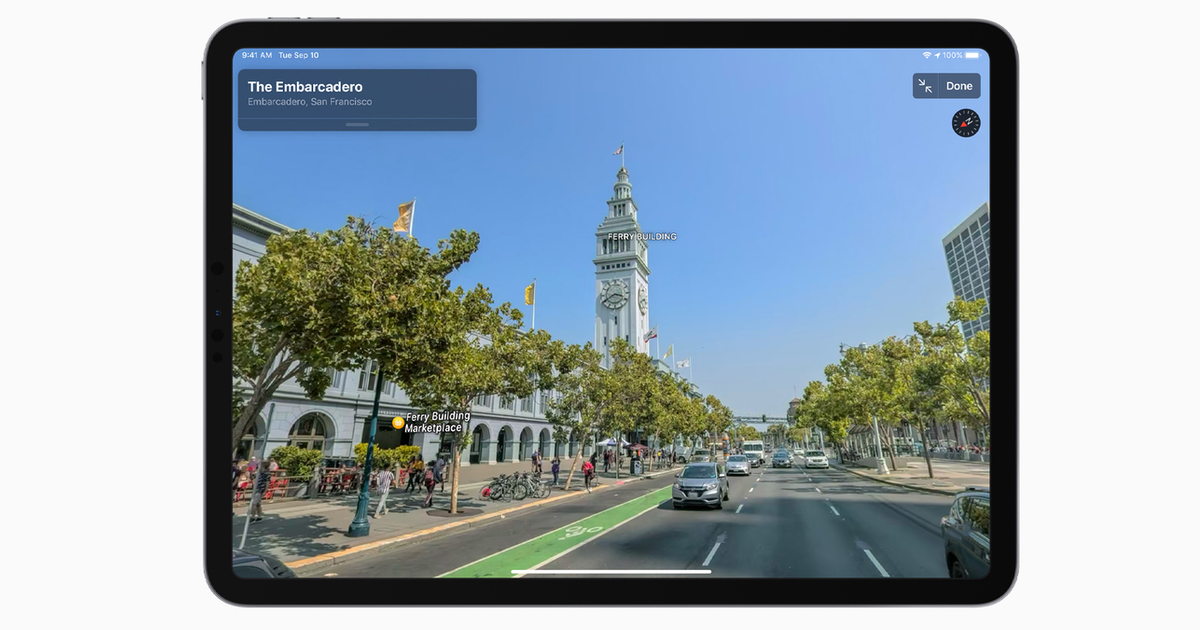 If you’re in a location where Look Around is available, you’ll see a binoculars icon in the top right corner in Apple Maps. You can tap and swipe on the screen to look around, and tap in the distance to move along the street. You can also tap on icons near businesses.