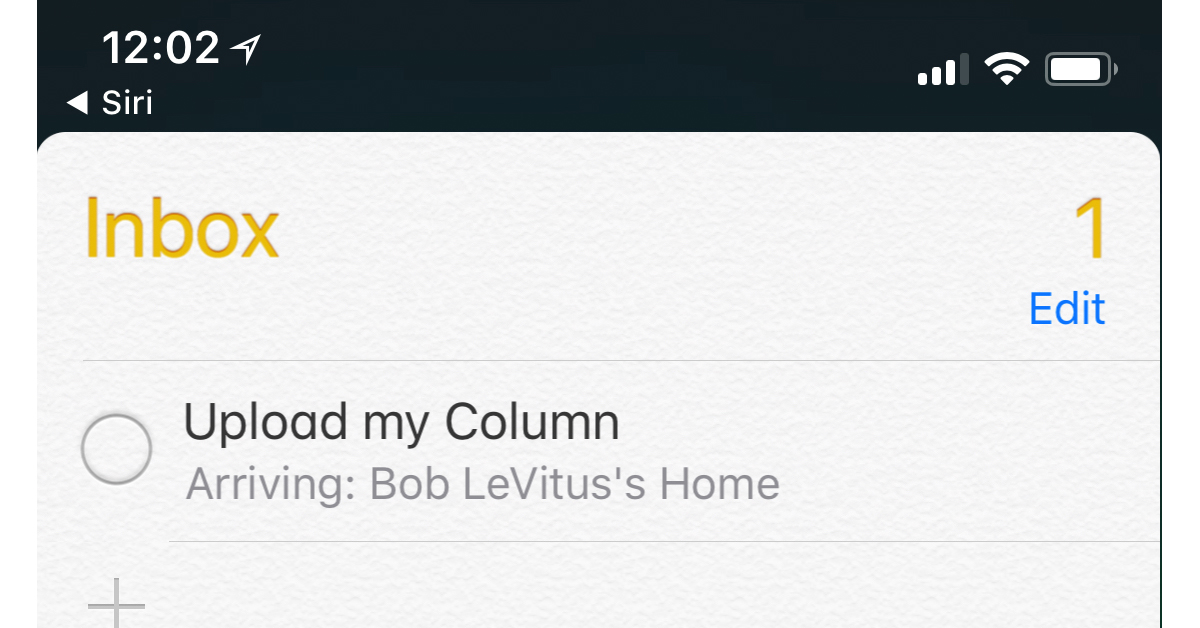 I’ve been a chronic forgetter for as long as I can remember. For decades, I’ve been telling my family and friends that I forget pretty much everything unless I write it down. If you didn’t see me write it on my to-do list or calendar, I would say, it had already been forgotten.

I had a system, though. I never left home without a pen and pad in my pocket. And when I got back, one of the first things I did was transfer anything I’d written on my pad to my to-do list or calendar, which were old-school, made out of paper, and a fixture on my desk.

It wasn’t until a few years ago I felt Apple’s digital tools on Mac, iPhone, and iPad were ubiquitous and reliable enough to replace my paper-based list and calendar.

In the beginning, I tried adding everything I wanted to remember to a bunch of different calendars in iCal (now known as Calendar). But with literally hundreds of items on my to-do list, and dozens of time-based items already on my calendars, it quickly became overwhelming. I tried color-coding, selectively disabling and enabling calendars, and more, but the system always felt imposing and out-of-control.

Along the way I’ve tried many Mac and iOS apps purported to organize thoughts and ideas, including OmniFocus, Things, and many others. While many users find tools like these useful, I found myself spending far too much time organizing and rearranging my things, and far too little time actually doing them.

After years (decades?) of research, I’ve finally put together a system that ticks all of the checkboxes for me. It’s easy to manage, use, and share; always available, and (best of all), there’s nothing new to buy or learn. My system uses only apps and services already installed on your Mac and iDevices, namely the Calendar and Reminders apps, and Siri.

Now I use Reminders for my Reminders

Here’s how it works: When I need to remember something, I merely ask Siri (on my Mac, iPhone, or Apple Watch) to remind me of that thing at a specific time and date. The item is recorded on the Inbox list in Reminders. Then, I’ll be reminded (with an onscreen alert and sound) at the appropriate date and time. And, since I’m never far from an Apple device, I rarely miss a reminder.

Finally, there’s one more trick I use to help me remember things at the right place: Location-based reminders.

For example, Siri knows where I live, so, I merely say, “Hey Siri. Remind me to upload my column when I get home.” Then, when I arrive at my house, I’ll get an alert on my phone or watch saying, “Upload your column.”

I’d love to see a paper-based to-do list do that!

One thought on “Use Reminders on Macs, iPhones, and iPads to Remember Anything”