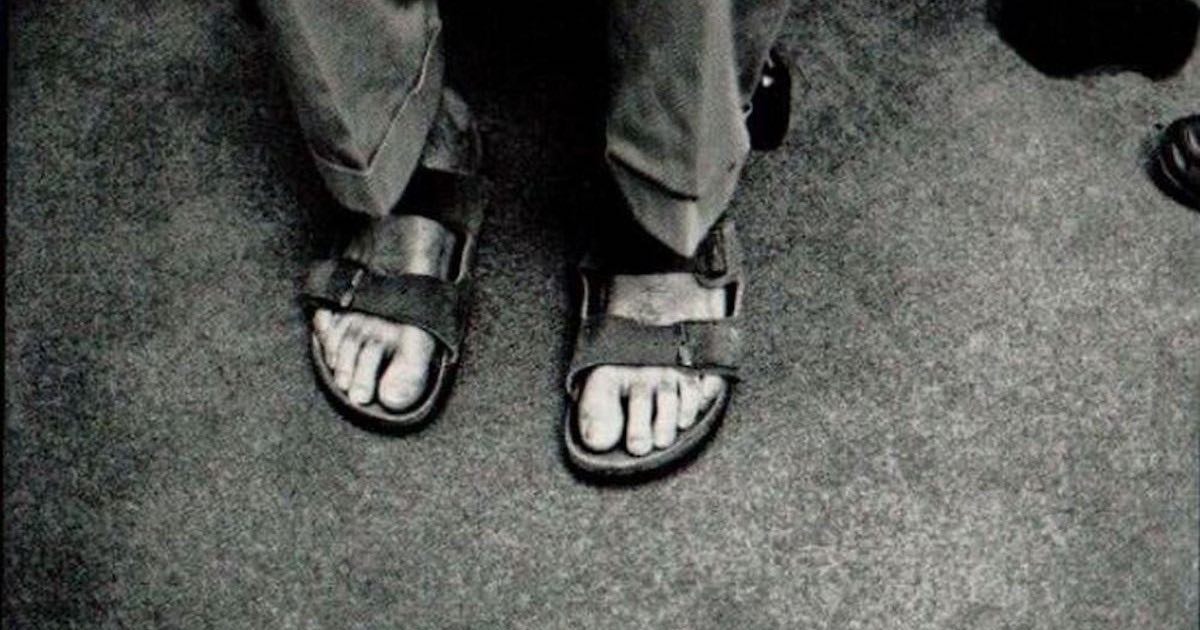 A pair of brown suede leather Birkenstocks said to have been owned by Steve Jobs are now available through Julien’s Auctions. Along with the sandals, the auction also includes an NFT photo of said sandals, as well as a book by photographer Jean Pigozzi.

Currently, the auction is sitting at two bids, with the collection having an estimated value between $60,000 and $80,000.

Julien’s Auctions is currently accepting bids for a pair of brown Birkenstocks said to have belonged to Steve Jobs. Along with the pair of sandals, the auction also includes a 3D-representation of the sandals minted as an exclusive NFT, as well as the book The 213 Most Important Men in My Life by photographer Jean Pigozzi.

According to the auction, house manager for Steve Jobs Mark Sheff is the prior owner of the sandals. Additionally, the auction’s description stated that Sheff mentioned in an interview to BusinessInsider that the Apple cofounder kept few possessions.

However, the auction’s description also mentions that Jobs was a fan of Birkenstocks, and that he wore these particular sandals during the development of Apple.

According to Julien’s Auctions,

Steve Jobs wore these sandals during many pivotal moments in Apple’s history. In 1976, he hatched the beginnings of Apple computer in a Los Altos garage with Apple’s co-founder Steve Wozniak while occasionally wearing these sandals. When Jobs discovered the ingenuity and practicality of Birkenstocks, he became fascinated. Margot Fraser, who brought the brand to the United States was among Steve’s first callsupon [sic] trying on the iconic sandal. Margot mentions that, ‘he was interested in where the form comes from. He wanted to know everything about the materials and he was also interested in the technical side.’

Own a Piece of Apple History

Additionally, said Birkenstocks’ footbeds still retain the overall shape of Jobs’ feet due to use, and the Birkenstocks have seen presentation at several notable exhibitions, including the Salone del Mobile in Milano, Italy. The shoes have also seen display at Birkenstock’s Headquarters in Rahms, Germany and Birkenstock’s first U.S. store in SoHo, New York.

The auctions stated that the shoes are still intact, and include the “original Birkenstock adjustable buckles and Birkenstock stamping”.

Along with a carrying case for the sandals, the auction also includes an NFT (Non-Fungible Token) featuring a “360° digital representation of Steve Jobs’ personally owned and worn Birkenstock sandals”. The NFT is exclusive to this auction, and the winner of the auction will be the exclusive owner.

While the auction makes little mention of Pigozzi’s book, a writeup on the website AirMail does note that the book features Steve Jobs. Other notable men in the book include Arnold Schwarzenegger, Mel Brooks, Mick Jagger, and Jean Pigozzi’s own father.

Back in October, an original 1987 Macintosh SE owned by Jobs was also available at auction.

What do you think about Steve Jobs’ Birkenstocks selling at auction? Let us know in the comments.