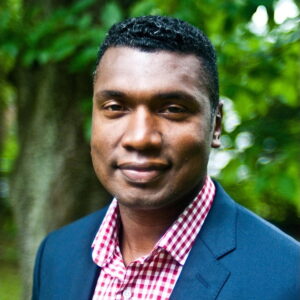 Dr. Stephon Alexander is a theoretical physicist specializing in cosmology, particle physics and quantum gravity (String Theory and Loop Quantum Gravity). He received his BSc from Haverford College and Ph.D. from Brown University. He also explores interconnections between music, physics, mathematics and technology though recordings,...