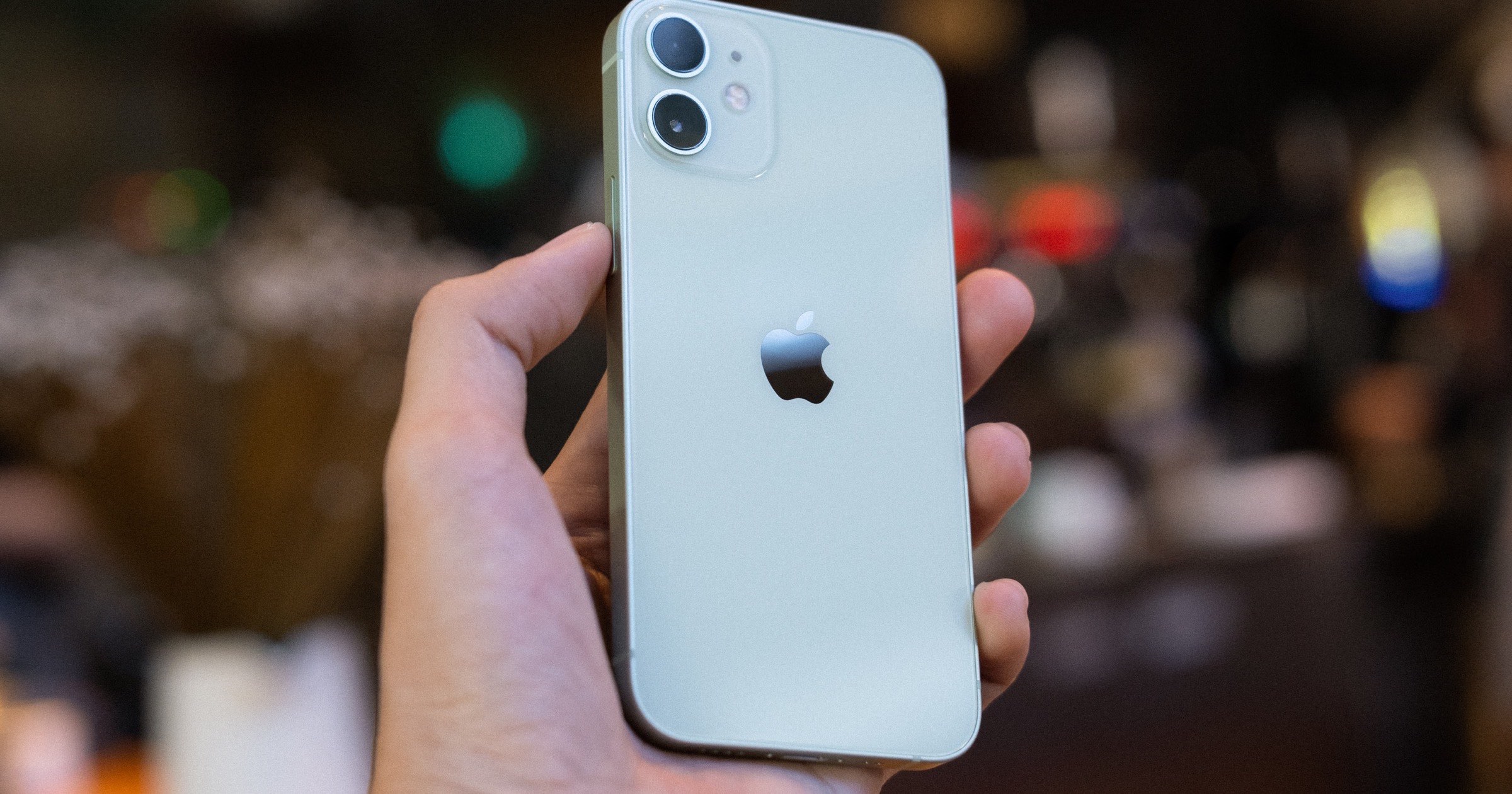 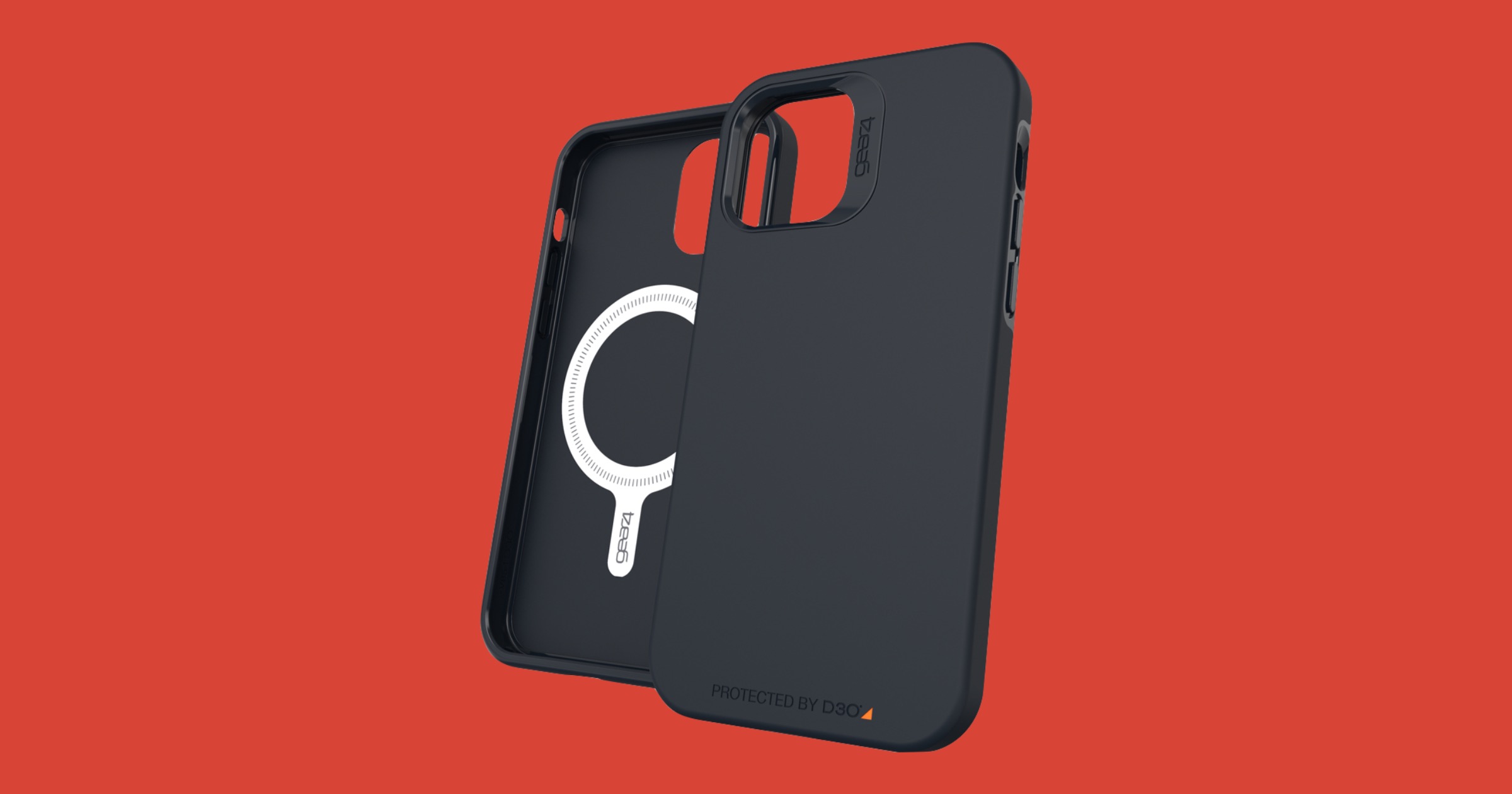 Gear4 launched a line of protective MagSafe cases for the iPhone 12 line. They’re made with D3O, a special shock-absorbing material. 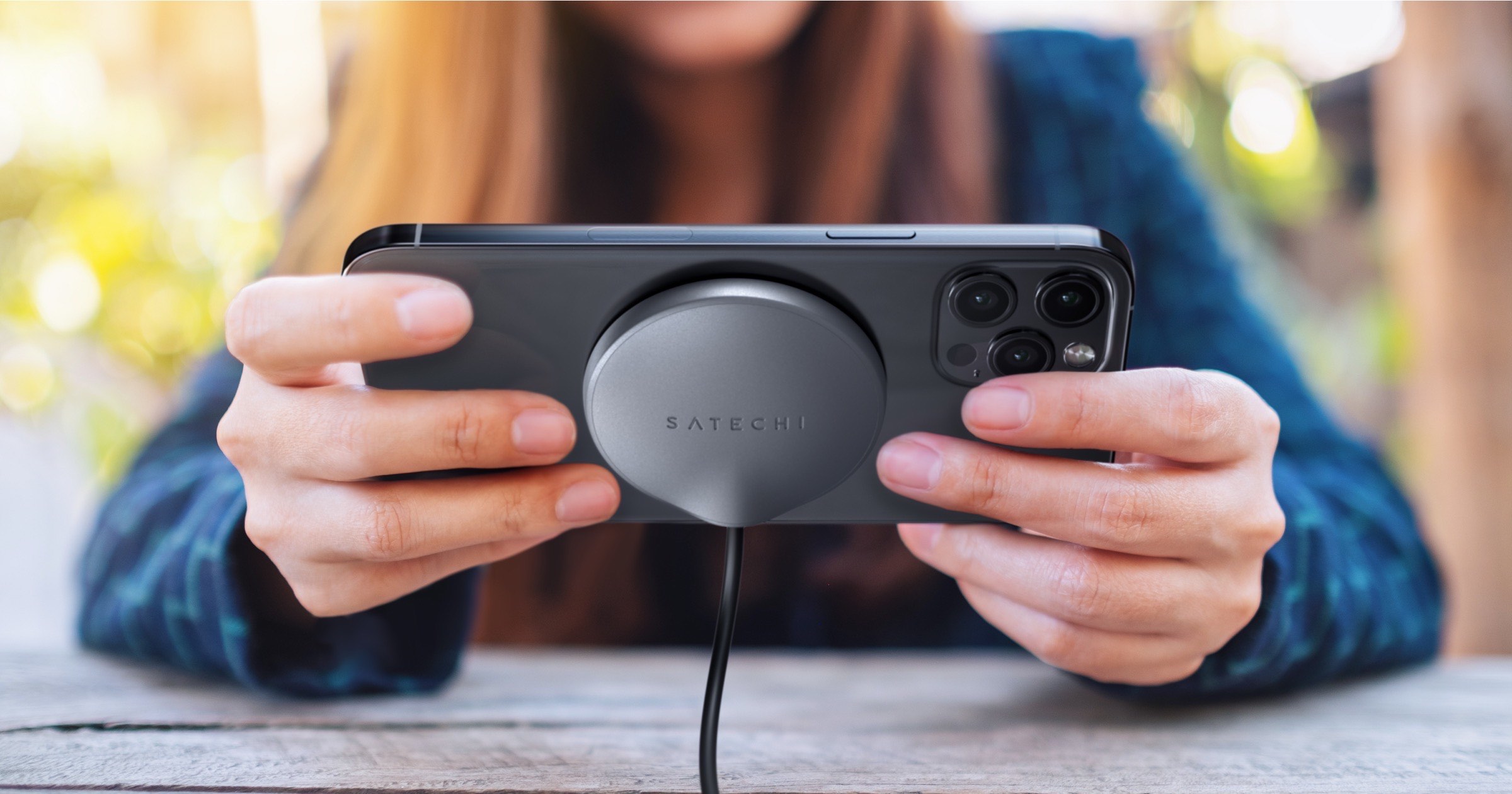 A Satechi magnetic wireless charging cable has been released on Friday, says the company. For US$29.99 you can get up to 7.5W of charging.

The iPhone 12 is meant to handle most spills and drips. However, CNet wanted to know how water resistant the device really is. So it sent one to the bottom of Lake Tahoe.

The iPhone 12’s IP68 rating means it can survive up to 19.6 feet (6 meters) of water for 30 minutes. This applies to all four iPhone 12 models: the iPhone 12 Mini, iPhone 12, iPhone 12 Pro and iPhone 12 Pro Max. But we discovered that like its predecessor, Apple’s newest iPhone can handle a great deal more than that. Both of the iPhone 11 models far exceeded the official rating, surviving a 39-foot dive in salt water in Monterey Bay, California. This year we took a brand-new iPhone 12 for a swim in the frigid fresh water of Lake Tahoe, on the other side of the Golden State, to test it out. Teaming up with Mission Robotics, we mounted our iPhone 12 to the company’s underwater drone, Theseus. The drone can go as deep as 984 feet (300 meters) underwater, with the pilot able to see the view from Theseus’ camera, as well as depth and water temperature metrics from a computer on shore. 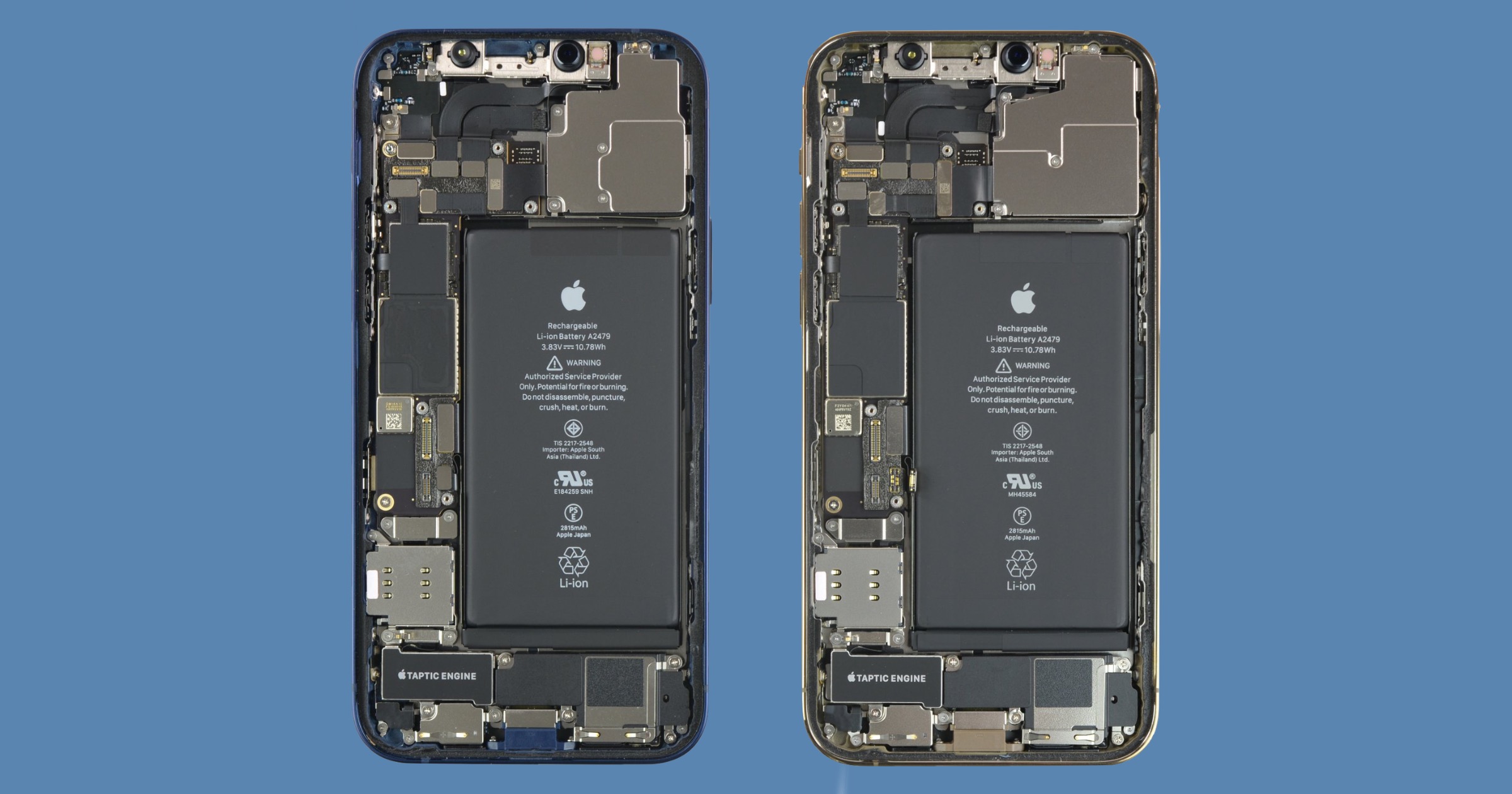 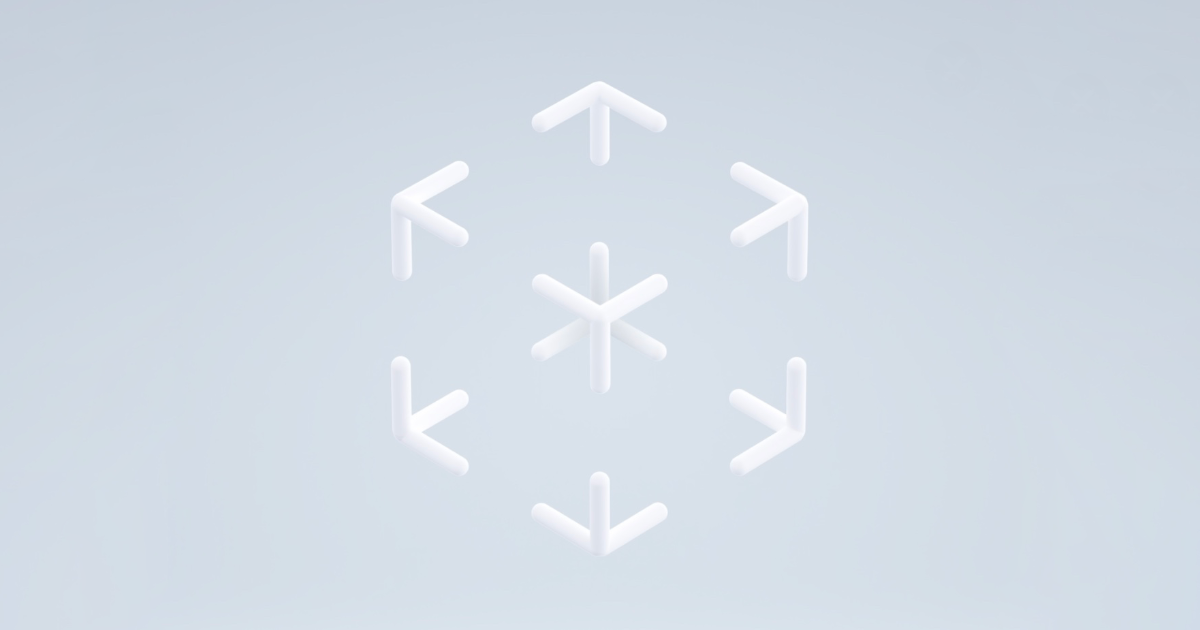 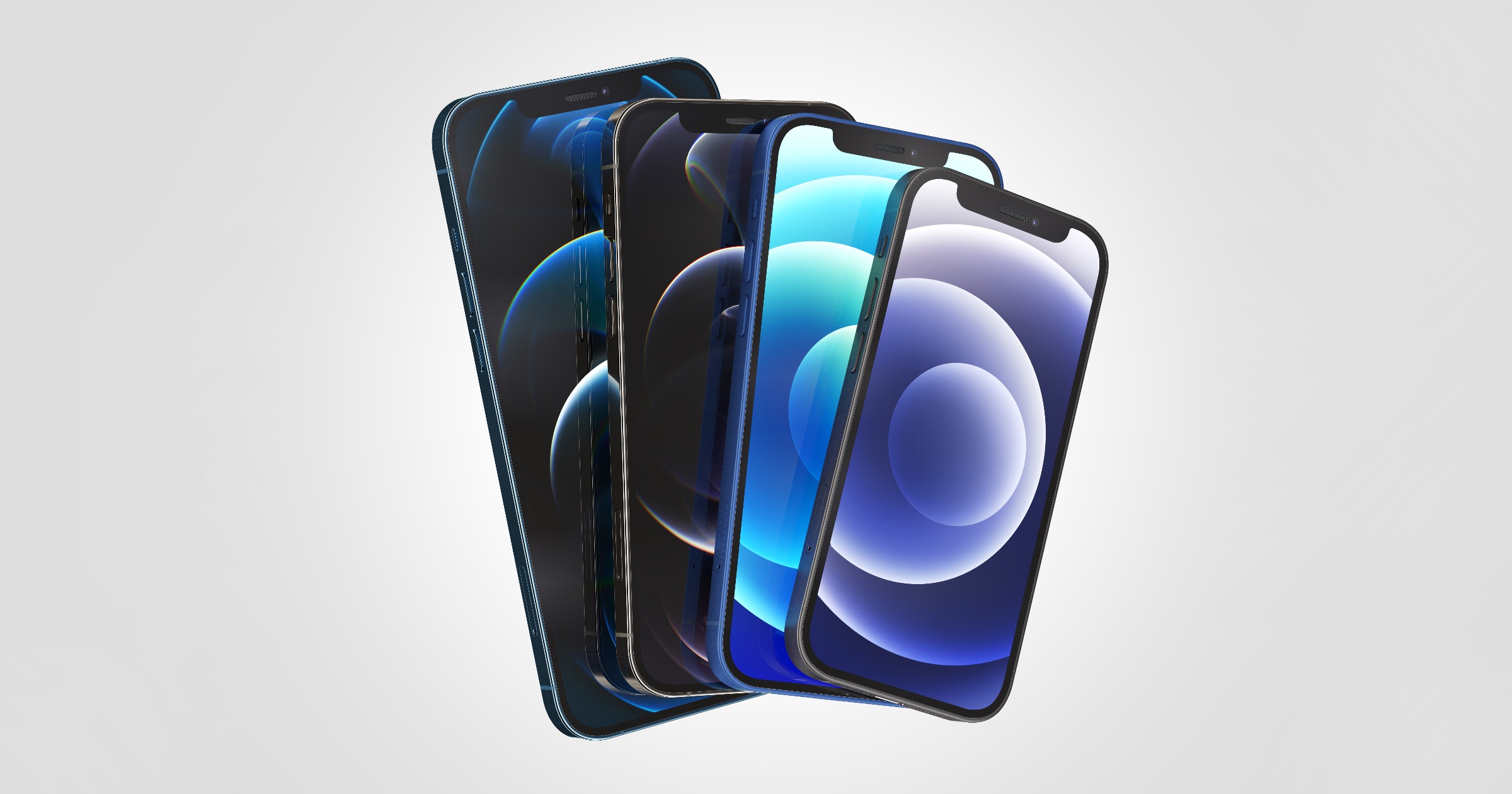 Fleet Swap lets a business trade in its entire fleet of iPhones at once and upgrade to any iPhone 12 model without an upfront cost.

Apple has released iOS 14.2.1 on Thursday and it’s only available for iPhone 12 models due to certain bugs affecting customers. 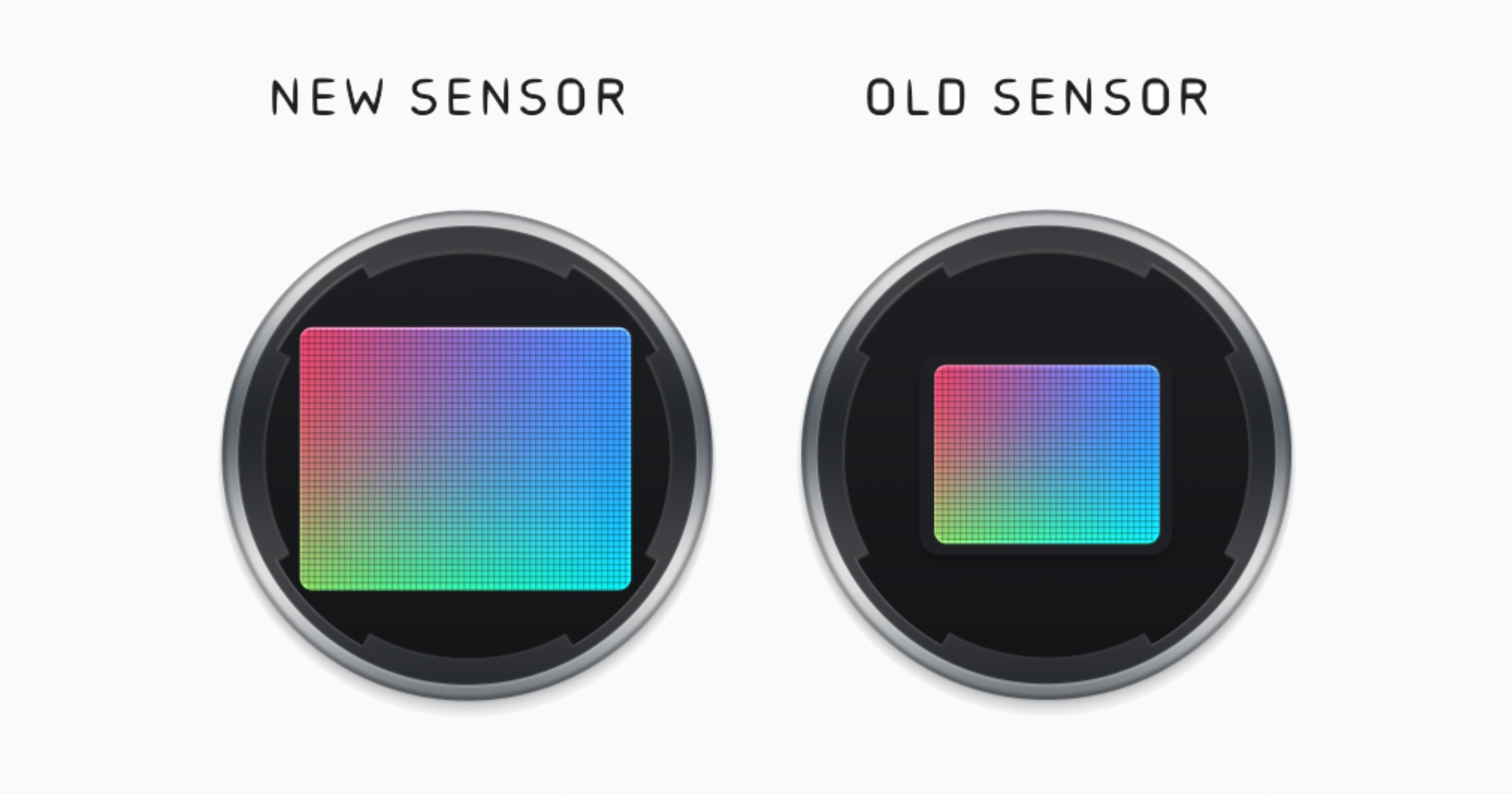 We had an advanced look at the Pro Max specs, but to recap, it has: A 47% larger sensor A faster ƒ/1.6 lens; A brand-new ‘sensor shift’ stabilization system for low-light; ISO sensitivity is 87% higher; A new telephoto lens, reaching a new length of 65mm (full-frame equivalent)

I’ve been under the impression that the iPhone 12 Pro also had the bigger sensor, but it sounds like it’s limited to the Pro Max. Now I’m sad. 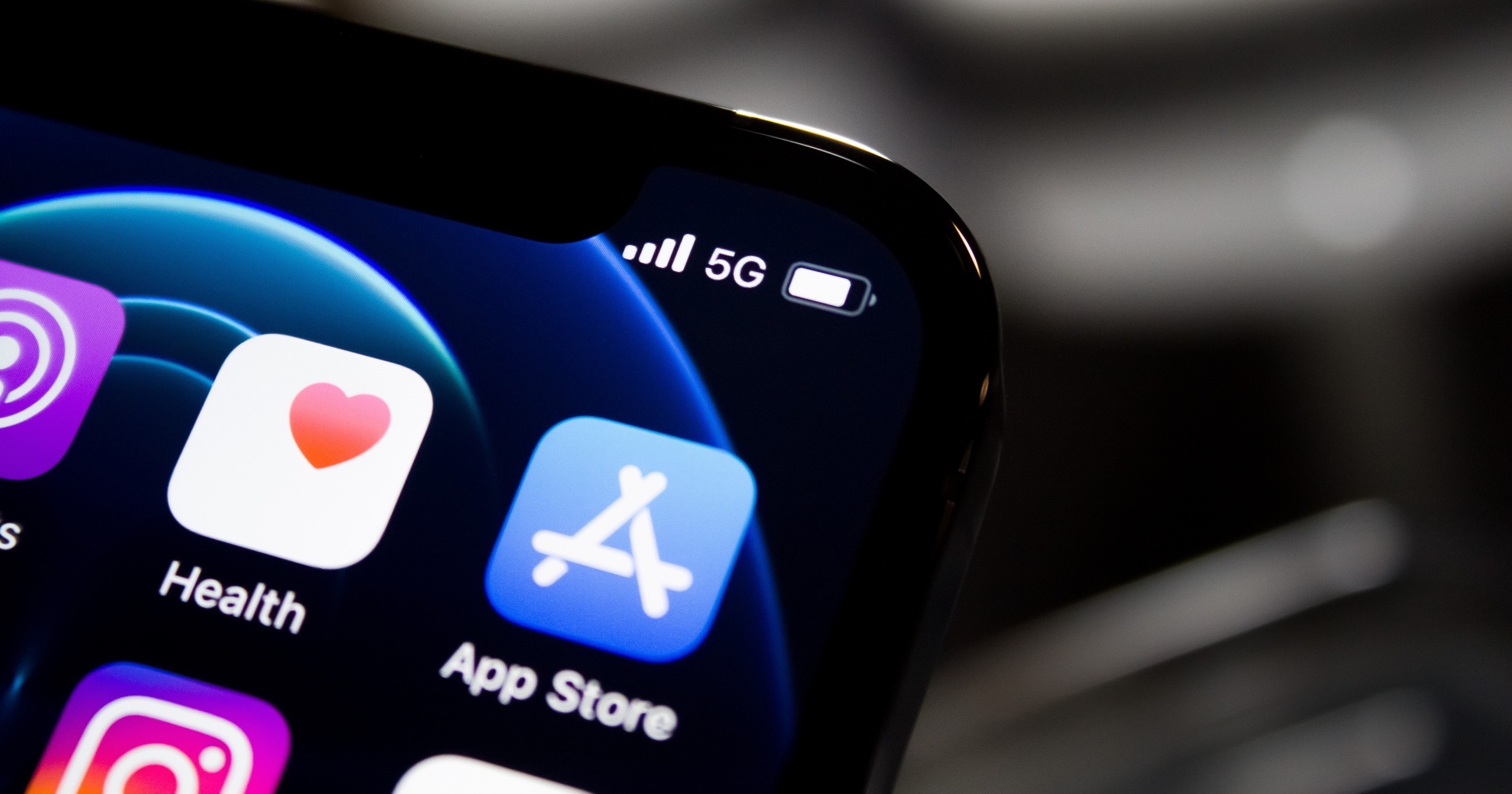 Now that more people are getting 5G smartphones like iPhone 12, the next question to figure out is if you need a new 5G SIM card. 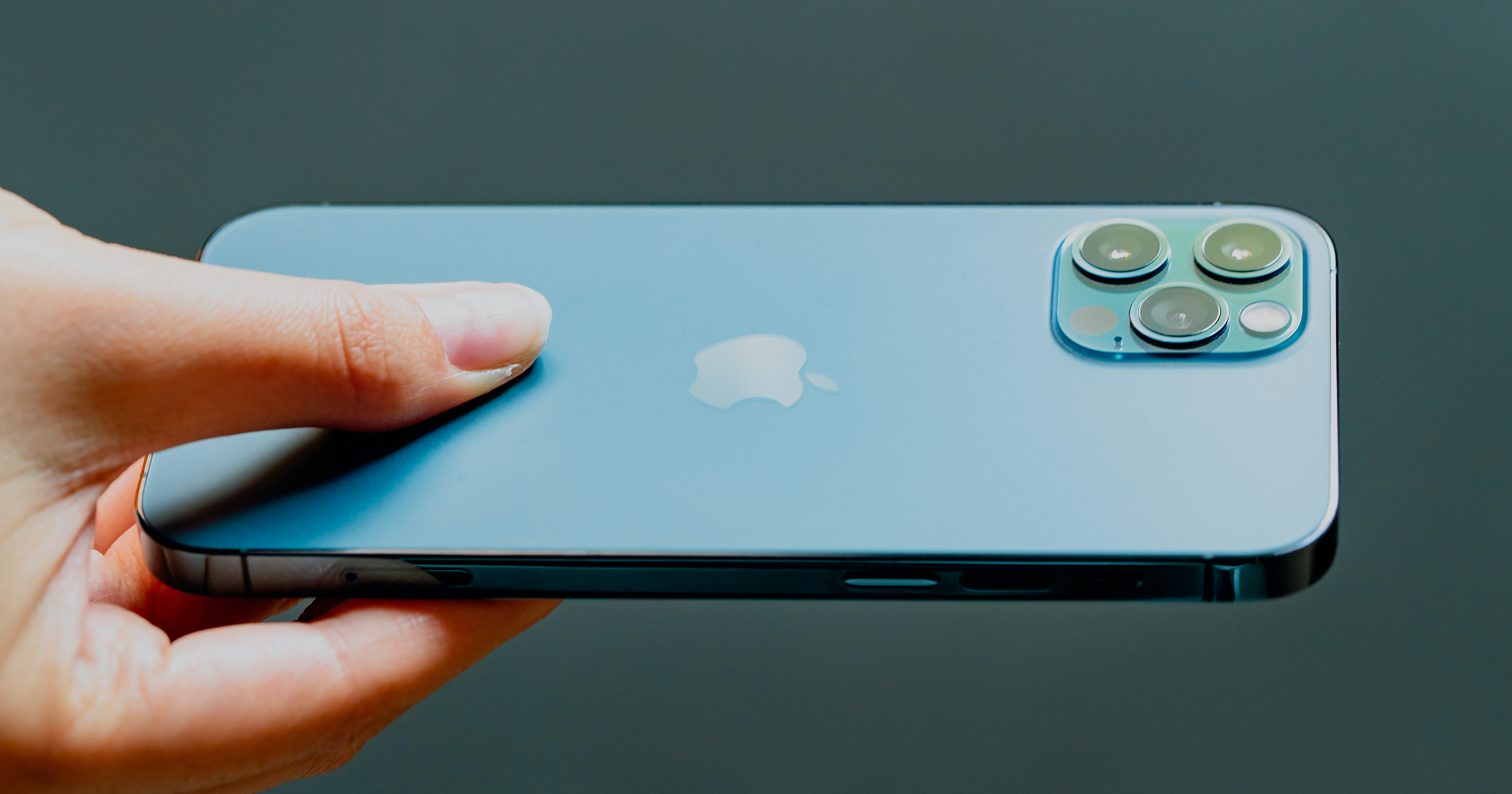 Five Amazon employees in Madrid have been arrested over stealing US$592,000 worth of iPhone 12 and iPhone 12 Pro models.

I’ll be honest, seeing lovely new devices get scratched, scrapped, dropped, and dinged generally bothers me! However, it’s always useful to see how durable they are. YouTuber JerryRigEverything gives the iPhone 12 mini and Pro Max a good workout in a newly released video. 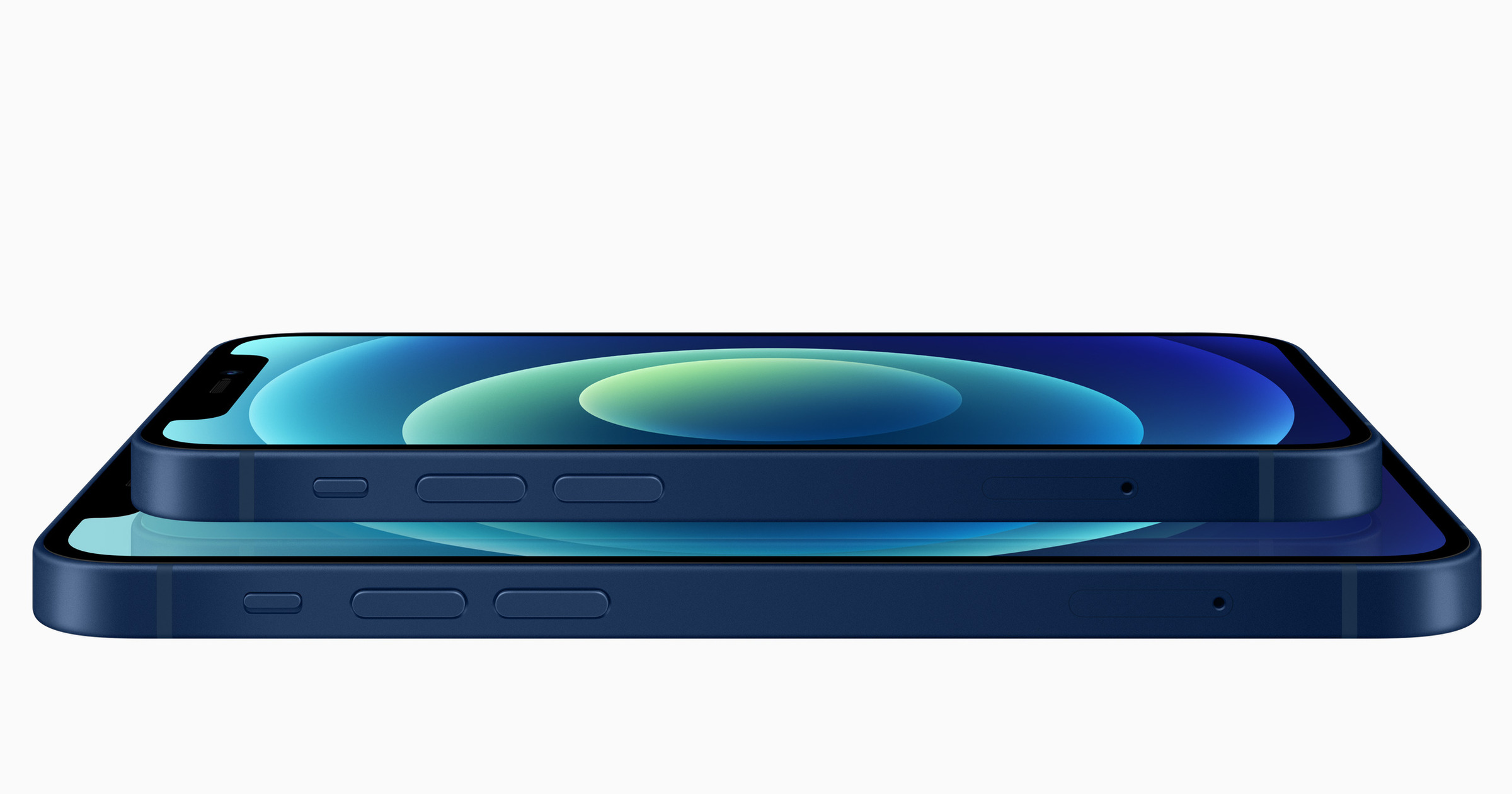 The iPhone 12 mini and Pro Max became available Friday. iFixit has published its teardown of the smaller device.

The two most common smartphone repairs—display and battery—are well-prioritized here. Most major components are modular enough to be accessed/replaced independently. Specialized screws complicate repairs, but remain preferable to overuse of glue. Waterproofing measures make many repairs more difficult, but safeguard against (extremely difficult) water damage repairs.  Glass covering the rear housing is fragile and impractical to replace—a single drop could necessitate replacing the entire body of the iPhone. 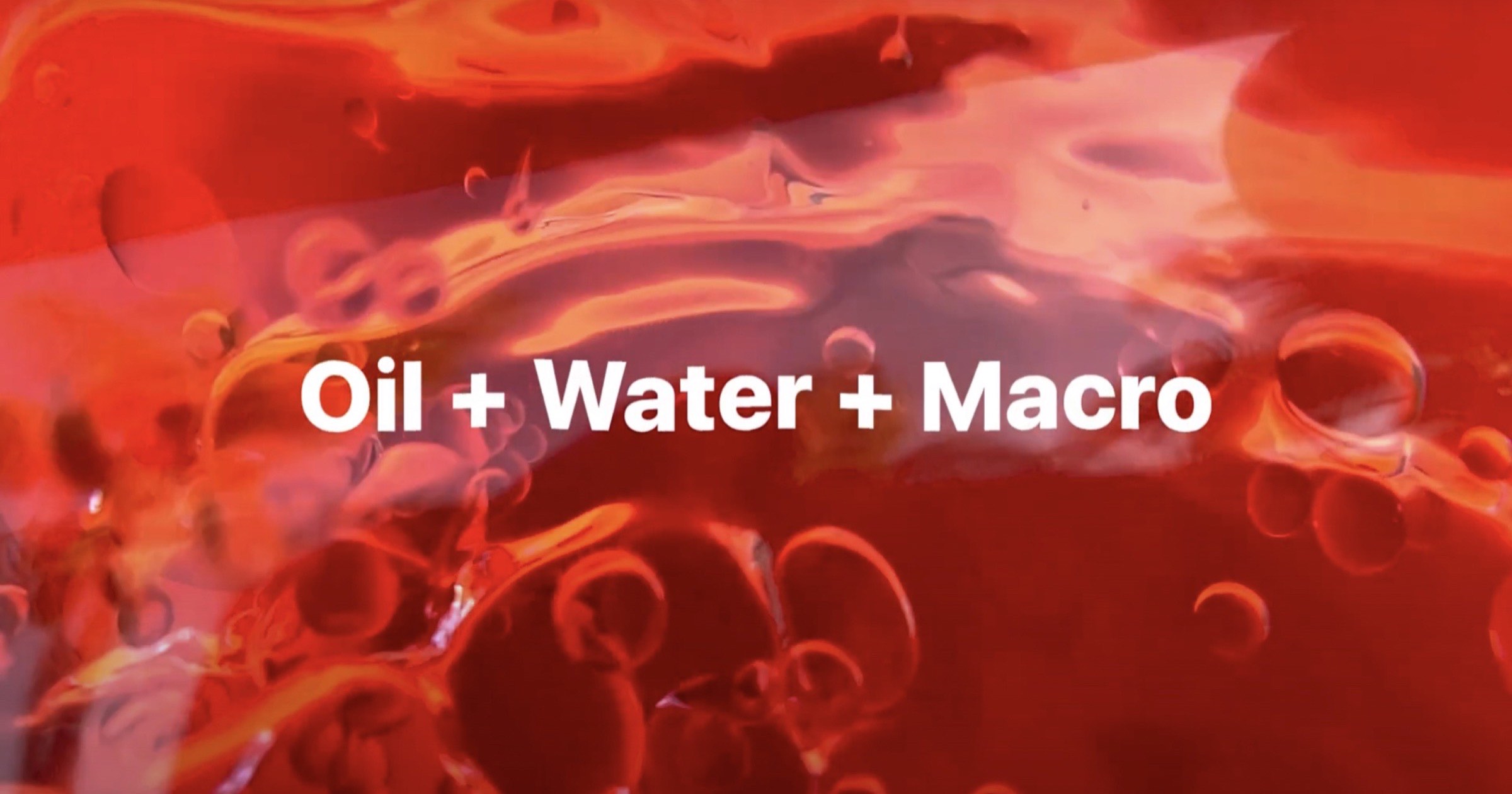 Apple commissioned a video for its “Shot on iPhone 12” series where Donghoon J. and James T of Incite use common household materials to create abstract art. We start at 00:22 using balloons and the camera’s Slo-Mo, oil and water at 01:40 to show the colors rendered in Dolby Vision, and ending on glow sticks and the camera’s Night mode at 03:00. Like all of these videos, it’s a neat way to show off the iPhone’s capabilities. The song is “Patty Cake” by Captain Planet. 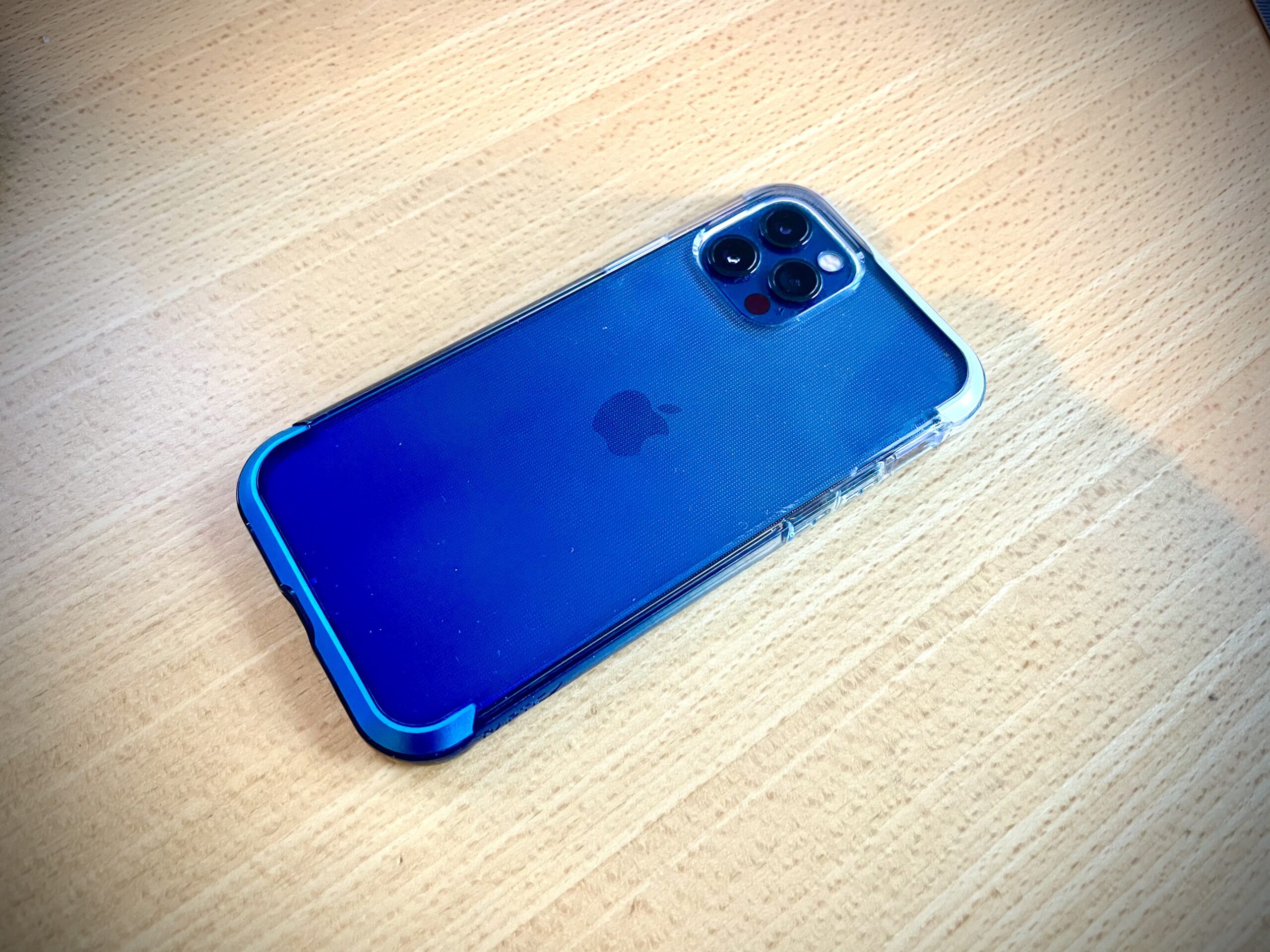 Looking for a case for the brand new iPhone 12 Mini, iPhone 12, iPhone 12 Pro and iPhone 12 Pro Max? We’ve found a fantastic set of options from Raptic! Yes, they’re our sponsor this week, and they’re also the makers case that has been on my iPhone 12 Pro since the day it arrived. Sure, I’ve tested some others in the meantime, but the Raptic Air Blue Gradient has made such a perfect companion to my Pacific Blue iPhone 12 Pro that it’s easy for me to return to time and again.

Apple senior engineers and executives told The Independent how Apple’s M1 chip came to be. 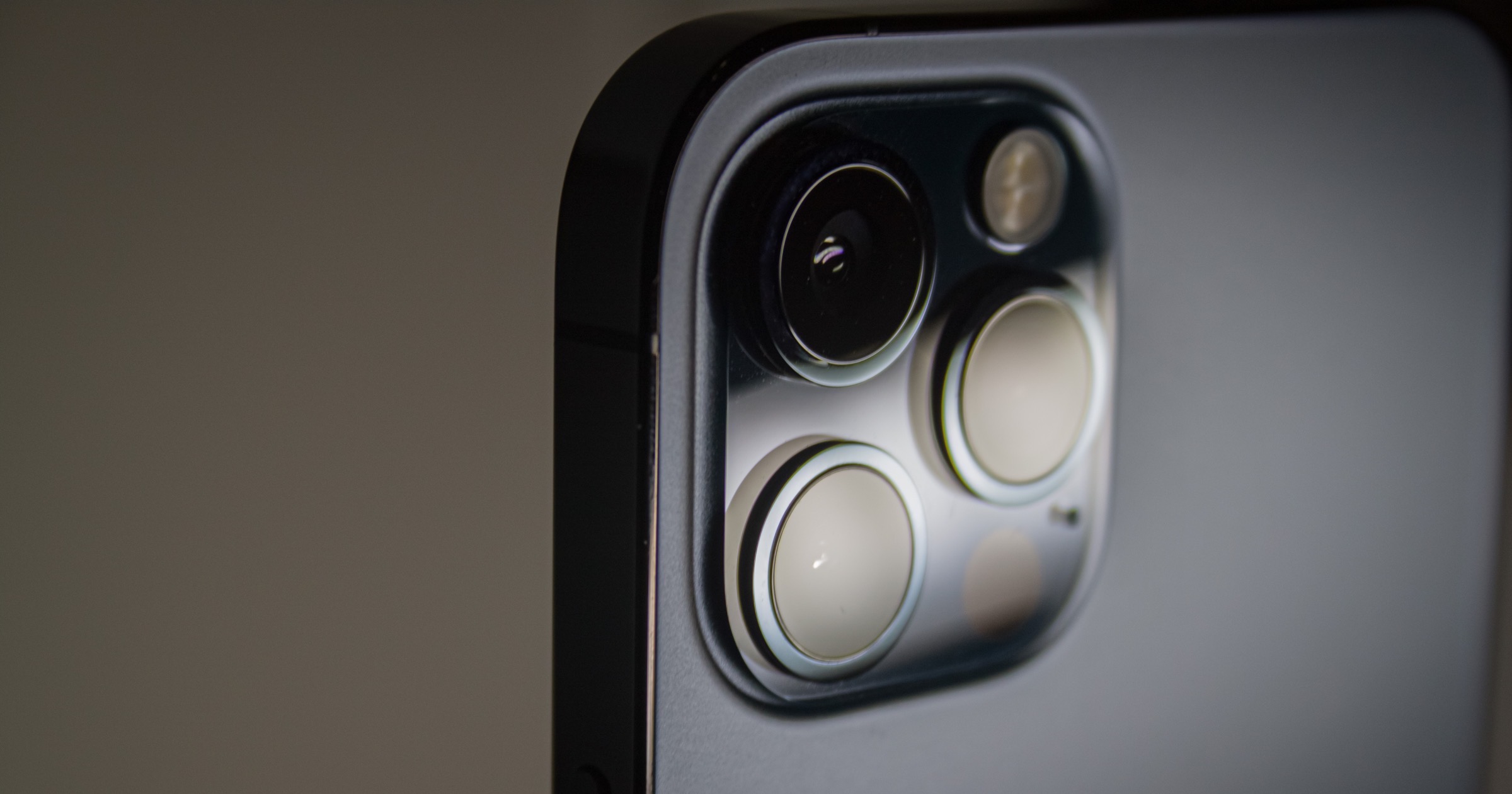 The iPhone 12 Pro camera received a score of 128 in a review by DxOMark. This places the camera in fourth place.

With a DXOMARK Camera overall score of 128, the Apple iPhone 12 Pro makes it into the top five in our ranking, improving on last year’s 11 Pro Max by four points and replacing it as the best Apple device in our database. The overall score is founded on a high Photo score of 135 and a very good Video score of 112. With a score of 66, Zoom is the area where the iPhone 12 Pro loses some points against the best in class, mainly due to its tele-lens offering only a 2x optical magnification.

The iPhone 12 mini and iPhone 12 Pro Max are now available to buy, as is the new HomePod mini smart speaker. 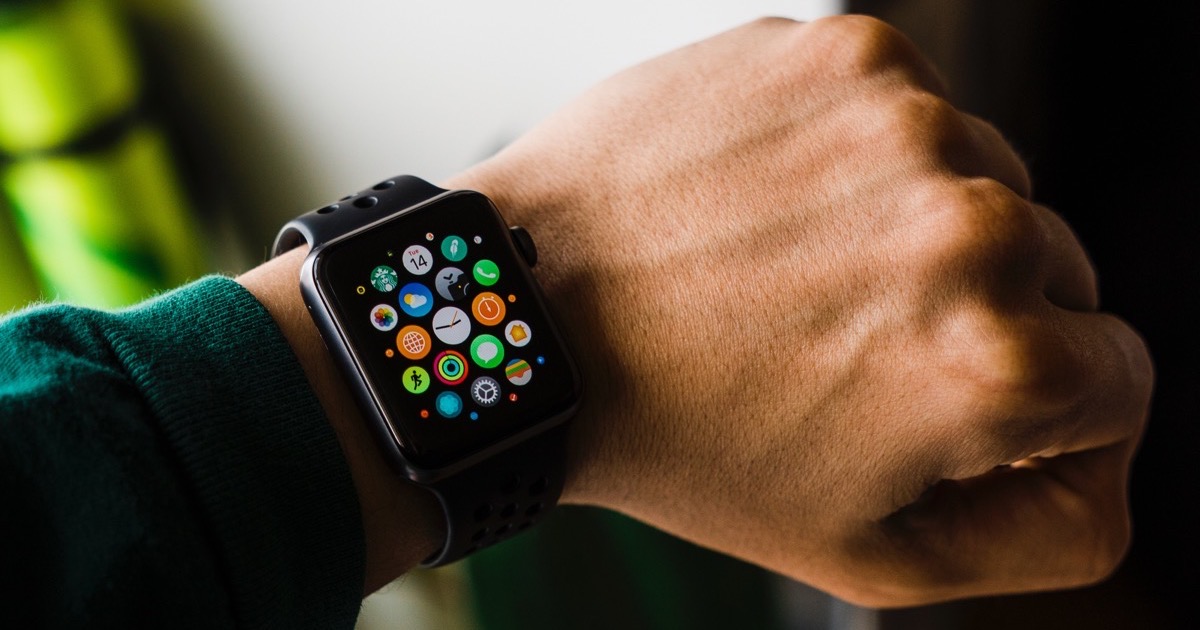 Phone carrier Visible has launched a new campaign with Dan Levy of Schitt’s Creek called “Unlimited Eyebrowsing.” They’re sharing a deal for US$20 off your first month with the code BROWS20 (the YouTube page also mentions SAVE20). Additionally, Visible is offering a deal for the iPhone 12 Pro Max and iPhone 12 mini. Purchase one of these devices through them and get a free pair of Bose wireless headphones with a port-in of your phone number. Plus you can get a US$50 Mastercard virtual account.