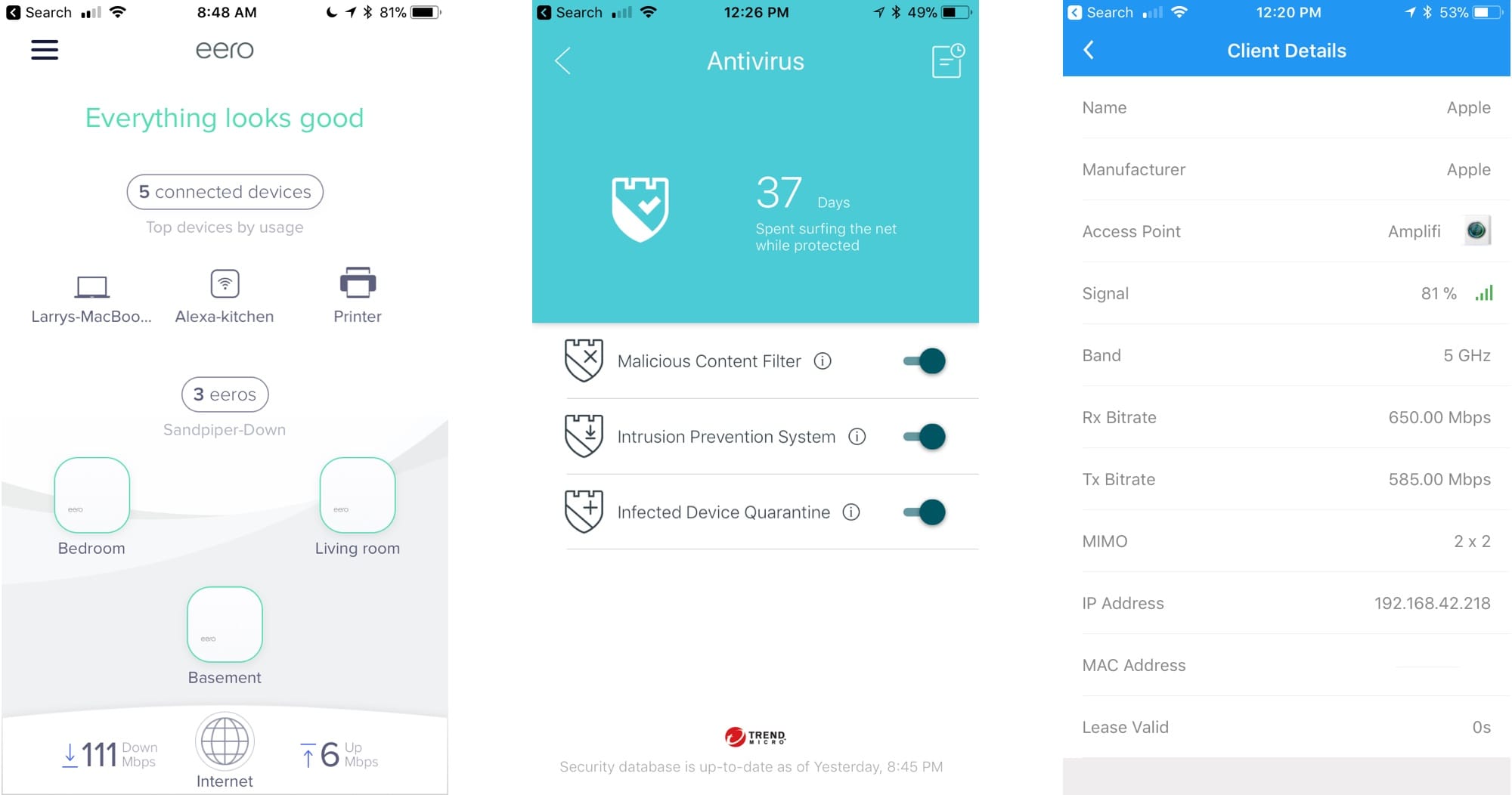 Quality of Service (QoS) is an umbrella term that is used to describe many different aspects of a network (and beyond). For our purposes, we’re focusing on internet connection (or WAN port) QoS, specifically a router’s ability to manage your bandwidth such that one device on your network can’t slow down everyone else’s access to the internet. Think about a scenario when your Mac decides to back up all its photos to the cloud and suddenly your other devices are slow to browse the web or check email. This is commonly called “BufferBloat”, and a router with proper internet connection QoS can eliminate or reduce that slowdown.

Advice: You want this. Second only to having solid coverage everywhere is having a well-managed internet connection. The reality, though, is that there are only a few mesh options that have it. Good news: if you’re running a DOCSIS 3.1 cable modem, it has a much-improved queueing algorithm in it (called DOCSIS PIE) that all but eliminates this problem for most folks, alleviating the need for it in your router.

Every mesh product supports both 5GHz and 2.4GHz radios, and most of your client devices (iOS and Macs) will support both of these, as well. Generally-speaking, your devices will choose the radio that appears to be strongest and fastest at your current location, but your iPhone and Mac don’t always know how congested a given radio frequency is. Your router has this information, of course, and Band Steering means that your router participates in that decision process, helping your devices choose the best radio band for your current conditions. Access Point Steering means that the mesh will actively direct clients to the best access point at any given time.

Advice: There are certainly scenarios where having Band Steering helps, like if you have a lot of 2.4GHz devices that are routinely transmitting large chunks of data. In those, it’s helpful to have the router help steer your other clients to the 5GHz network. From an engineering/efficiency standpoint, Band Steering makes a lot of sense, but in our testing the throughput of a mesh network being used for general Internet access in a standard home isn’t usually affected by it one way or another (with single, standalone routers we find it much more important). Access Point steering, however, is quite helpful but also very difficult to implement properly. eero has tried and failed in the past, but we’re told they’re still working on it. Plume is currently doing it better than anyone else, and all the others claim to do it, but our tests don’t necessarily show it being done often.

For years, the majority of routers were locally-managed, meaning you would connect directly to your router from inside your network, tweak its settings, and be done with it. That changed with mesh networks, where many of them are managed via the cloud. You connect to the manufacturer’s cloud service, make your changes there, and those changes are pushed back down to your mesh network.

Cloud management generally means easier tech support as well as the ability to remotely manage your network. It also comes with the risk that if your router manufacturer’s cloud goes down for any reason (technical or business-related), you may not be able to change your router’s settings.

Advice: It’s easy to get caught up in the aforementioned risks of cloud management, but for most folks it’s best not to use this particular feature as a make-or-break factor in choosing your mesh solution. Anything is possible, but generally-speaking you’re probably going to change routers again before any of these companies or product lines are discontinued.