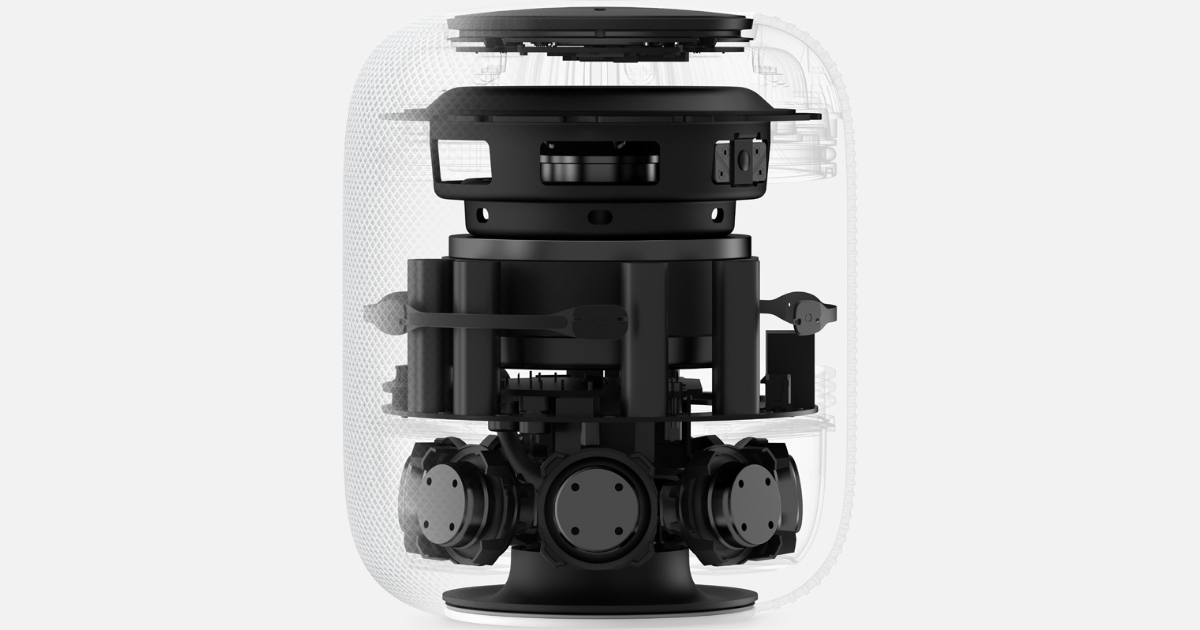 Let’s say you moved some stuff around on the shelf where your HomePod sits and now it doesn’t sound quite right. You don’t have to live with wonky sound, or find a new place for your HomePod; just give it a gentle shake to recalibrate.

HomePod uses its built-in microphones to listen to the sound it’s pumping out and then adjust how its array of seven internal speakers direct what’s playing. That helps HomePod fill a room with sound anywhere it’s placed, and to create a sort of stereo effect, too.

Here’s the scenario Dave Hamilton and I experienced: An object near our HomePods tricked the speaker into thinking there was a wall where one wasn’t. It directed the sound away from the object—in Dave’s case it was a big salt shaker, and in mine it was the end of a sound bar—giving us dead sound spaces.

When our phantom wall-creating objects were moved, the sound didn’t improve. That’s because HomePod had already calibrated its sound based on where it was placed in relation to everything around it. To trigger a recalibration, we needed to give our HomePods a gentle shake to make them think they were moved to a new location.

The gentle shake, which doesn’t need to be any more than picking up your HomePod and rocking it once, works because there’s an accelerometer inside. No motion is interpreted as “I’m just sitting here and nothing has changed,” and motion means “Looks like I’m somewhere new so I better recalibrate my sound.”

After we gave our HomePods a little motion action, it took just a couple minutes of music for the recalibration to complete and for the sound to be what we expected. Go with this rule of thumb: Just shake your HomePod and play a song, and by the time it’s done your sound will be fixed.