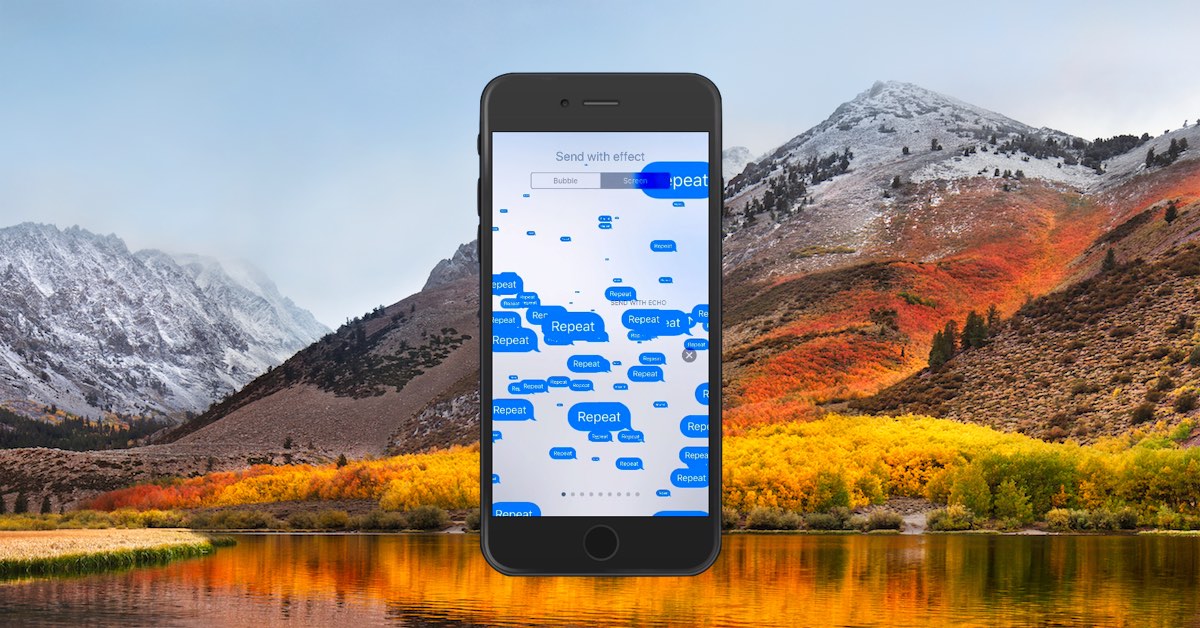 OK, I’m a huge dork. (No big surprise there.) I really enjoy using the effects in Messages on my iPhone to liven up my conversations with my friends. 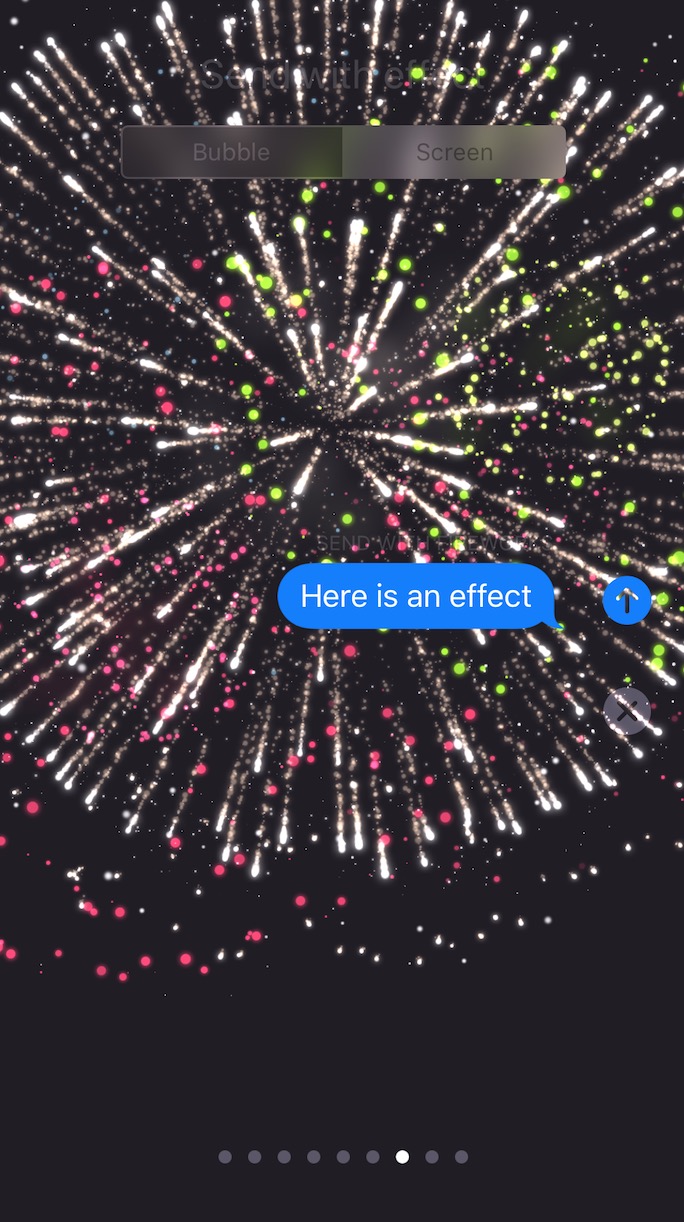 In any case, a couple of new effects are available under iOS 11, dubbed “Echo” and “Spotlight.” To see them, you’ll first type your message, then press with a little force (if your device supports 3D Touch) or press and hold briefly (if it doesn’t) on the blue sending arrow: 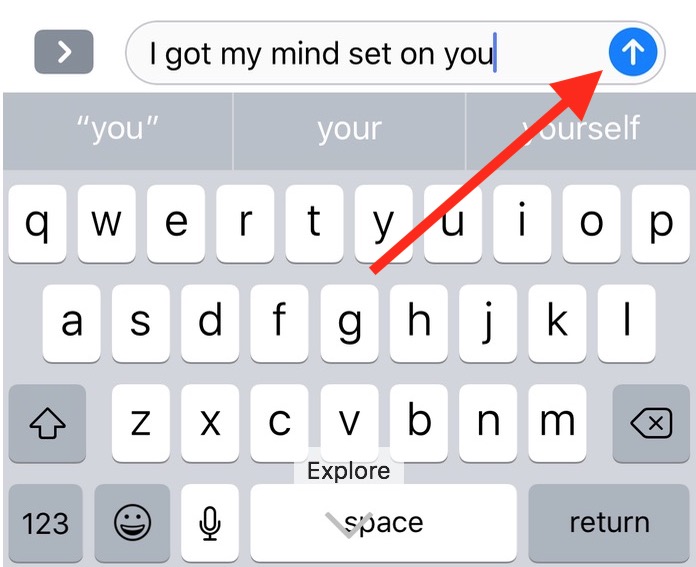 You’ll then see two tabs at the top for the types of effects you can use: “Bubble” and “Screen.”

The “Bubble” effects only animate the message bubble itself, not the whole screen. “Invisible Ink,” for example, will require your recipient to tap your message to reveal it. 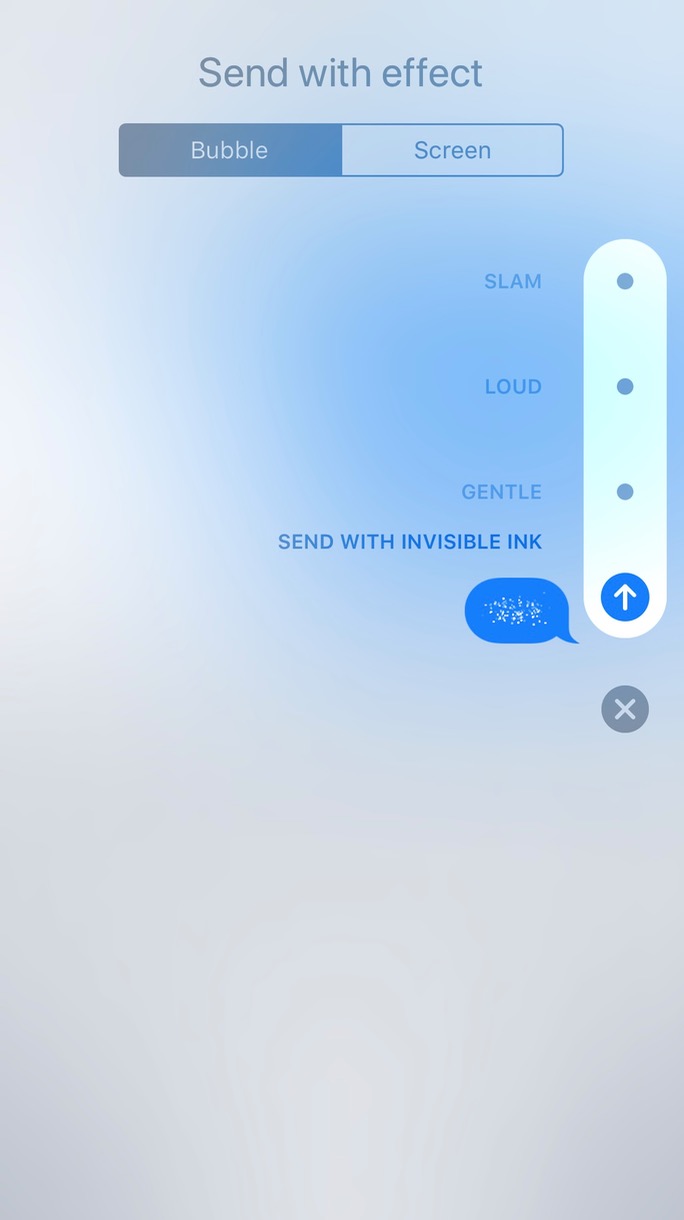 The new iOS 11 effects are under the “Screen” section, though, so touch that tab to open it. Once you’re there, you’ll see the first new effect: “Echo.”

I like this one a lot. Probably too much. Especially when I animate a GIF to send rather than typing a message. 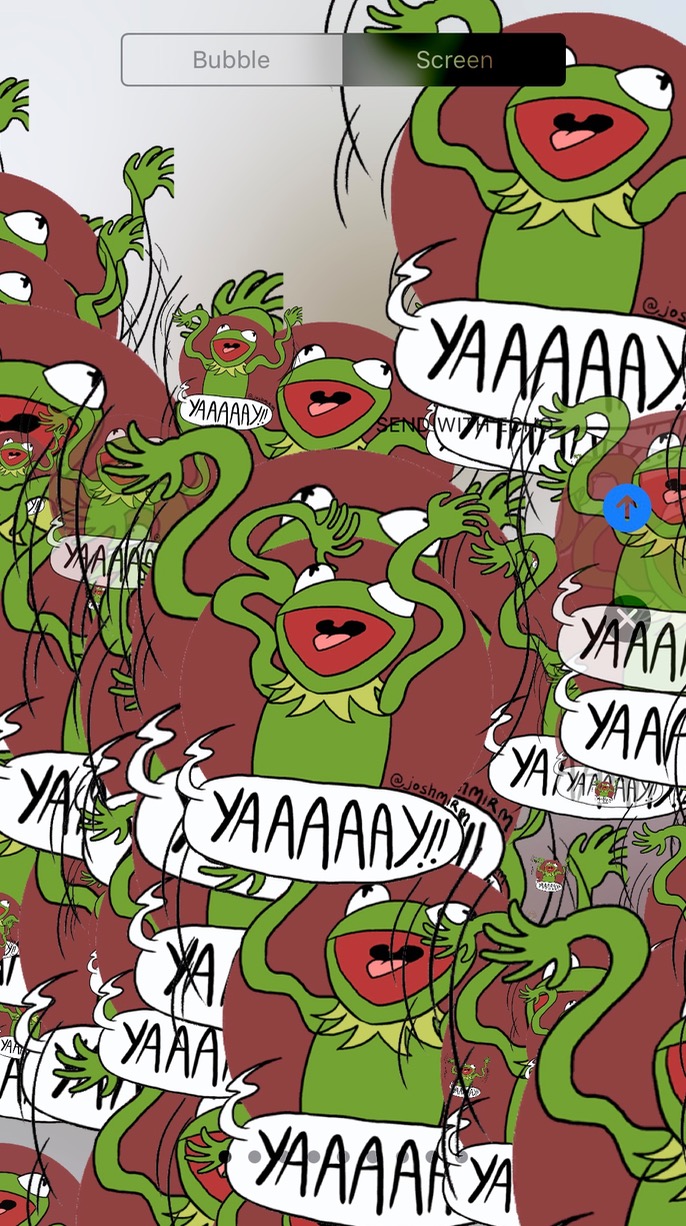 The second new screen effect is called “Spotlight,” and you’ll see it when you swipe from right to left: 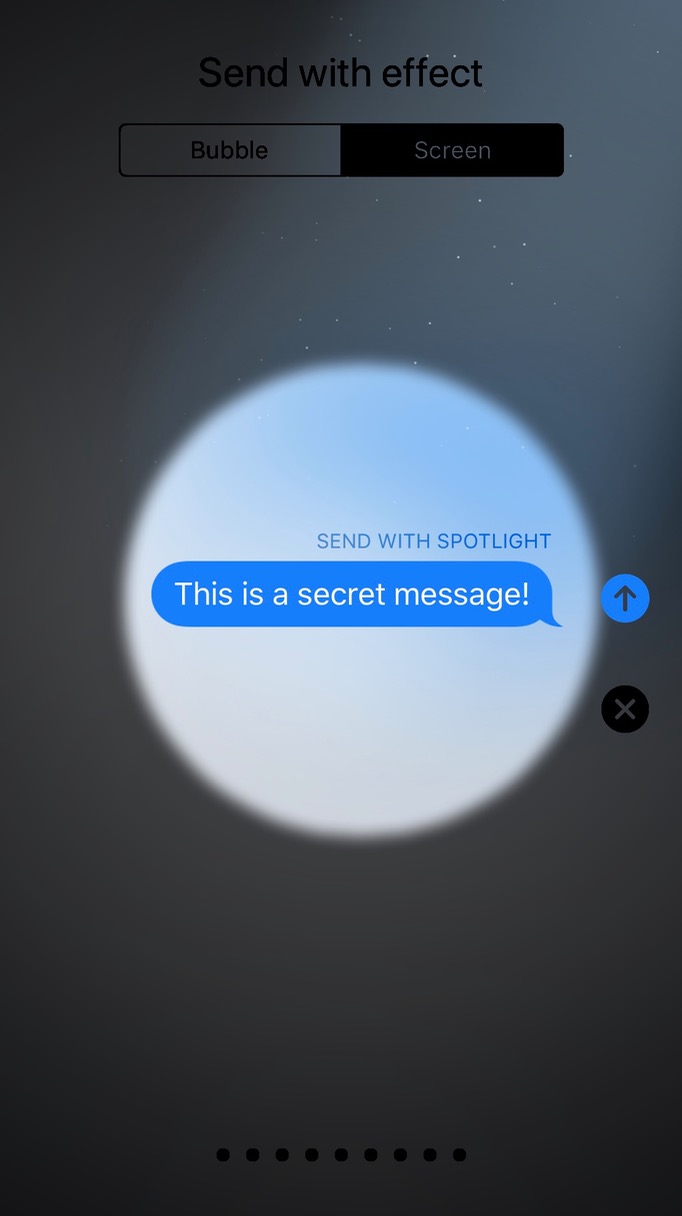 That’s fun and all, but can it compare to the echoing one? I think not.

When you’re satisfied with the effect you picked, just touch the blue sending arrow again, and your recipient will see your creation. 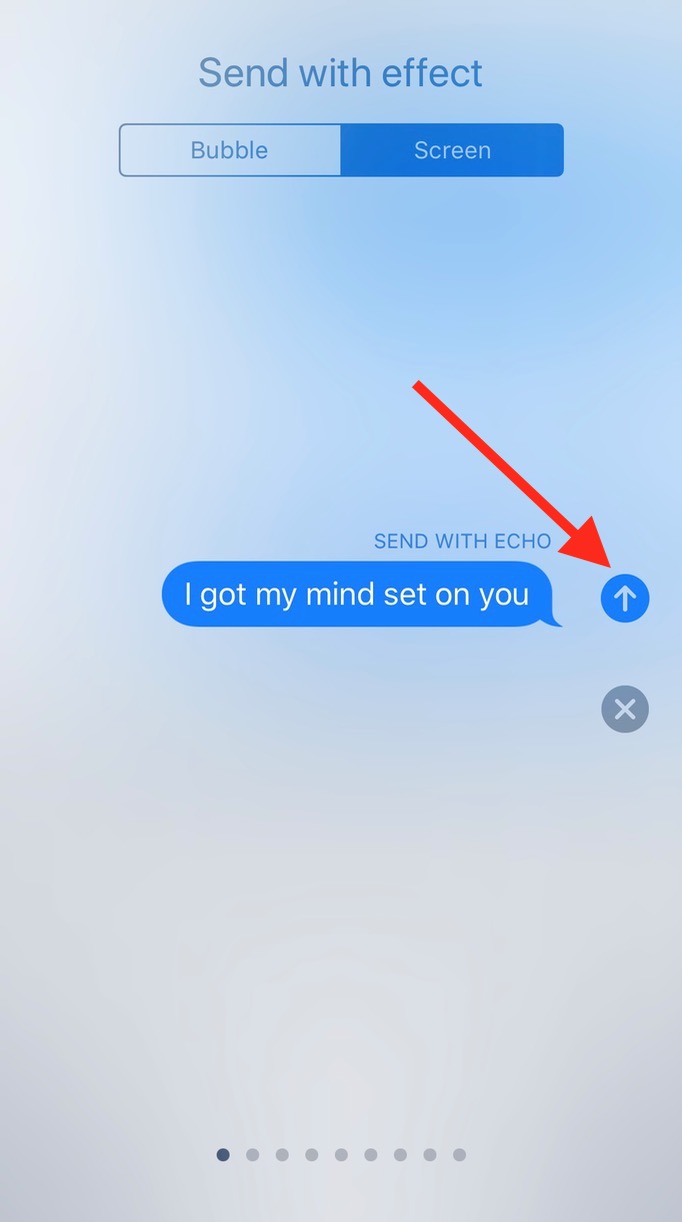 Be sure, though, to listen to these with your volume up at some point, too. The sound effects are pretty amusing! Those of you with a mental age above nine or so probably won’t care, but I kinda do.

Thanks for these, Melissa.

My daughter is very fond of sending me texts with these effects. I thought she was along, however one of my cousins, 8 years my senior, sent me one in invisible ink (appropriately, I might add). I like the laser and shooting star more than the echo. Just saying.

geoduck, I don’t actually know any Android users to ask! But I found an article that indicated that a lot of effects come through as static images, but the full-screen ones don’t work at all. Oh well. :/

Thanks. Now I’ll know not to send that “I’m out sick today” message with fireworks to my boss.

Thanks Melissa! These will be fun.