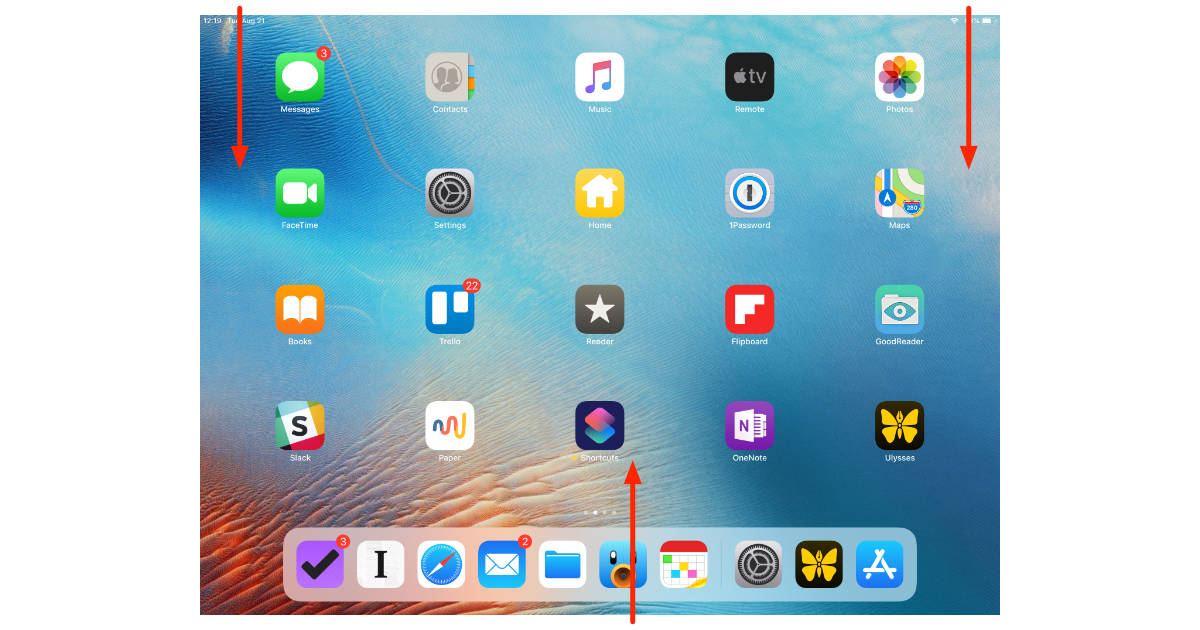 Gestures on Apple’s mobile devices are a little frustrating because they aren’t consistent. That’s improving in iOS 12, especially if you’re already familiar with gestures on the iPhone X. The iPad, for example, now matches the iPhone X App Switcher and Control Center gestures. Here’s how they work.

In iOS 11, swiping down on from the top of your iPad display shows Notifications. Swiping up from the bottom shows the Control Center and App Switcher combo view.

That’s a nice change because now we’ll better unified gestures across Apple’s devices, even if they have a Home button. The change may also be a subtle hint to help support rumors that the Home button is going away this fall on the iPad Pro, just as it did last September on the iPhone X.

One thought on “iOS 12: New Control Center Gesture for iPad”