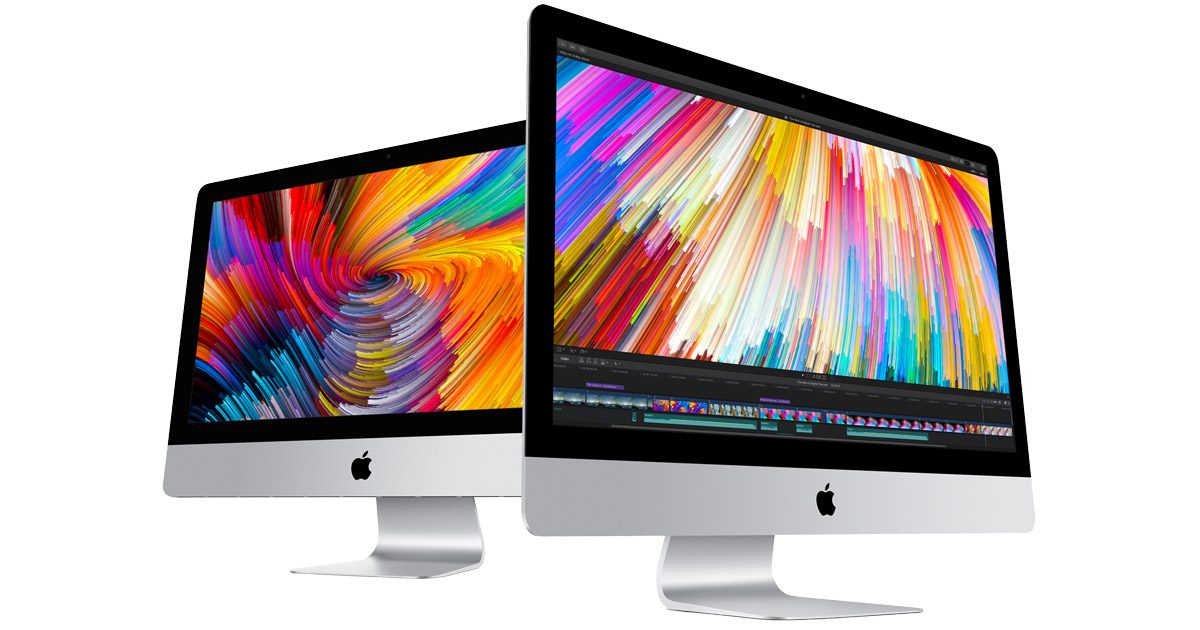 There were two related articles this week with very different but valid slants about new Macs.

The first article lays out a wishlist for the Macs that are greatly in need of updates, post-WWDC. The second digs into the reality of the situation. That, is, the long timespan between most of the consumer Mac refreshes continues to depress, unnerve and worry us. How can the developer community depend on Apple? How can a company with so much industrial capacity: financial resources, engineering expertise and manufacturing prowess let this happen?

However, I think there are favorable signs. The first article above points to what appears to be submitted benchmarks for a 6-core, Coffee Lake MacBook Pro with 32 GB RAM. It’s probably part of a broader suite of updated MacBook Pros coming soon.

Because WWDC is a developer event, and there was a lot of ground to cover, it probably didn’t make sense to roll out just one new MacBook Pro line and then fail to make a fuss about the other new Macs in the wings. I theorized that there would soon be a subsequent Mac-specific event to cover them all—with great fanfare.

Another element in this is a new collection of Mac ads, the “Behind the Mac” ads released on June 15. These ads celebrate the Mac experience. Here’s just one.

The pessimist might suggest that these ads are intended to generate a fervor for year-old+ Macs. That Apple is being disingenuous about its Mac lineup and has nothing else to offer. However, I think Tim Cook has stronger values than that.

Personally, I think Apple is trying to create some Mac awareness just before an event that rolls out a bunch of new Macs.

Finally, the work that was put into Mojave suggests that Apple remains very keen on the Mac. It makes no sense to demo a sparkling new Mojave and then let the Mac lineup linger for much longer.

It’s time, Apple. We’re ready. Bring it all on.

Next Page: The News Debris for the week of June 11th. The Mojave “wow” factor.

I would think that since Mojave will only run on 2012 or newer Macs that they’ll have to start releasing updated Macs as they’re starting to catch up with themselves. New laptops and iMacs with Mojave installed. No new Mac Pros with Mojave. And, what of a new or upgraded Mac mini with Mojave?

That’s a good point. It’s always depressing to get excited about a new macOS, like Mojave, realize it won’t run on your old Mac, and then be faced with the prospect of purchasing a replacement Mac that’s well over a year old. Apple must know how we feel. Hence, the encouraging TV ads (I surmise).

>Apple is trying to create some Mac awareness just before an event that rolls out a bunch of new Macs.

We are talking about 3 months, 3 months ! from possible release or update. Create some awareness when you have problematic keyboard?

Quite frankly, Apple has hit such a low point with the Mac that it does even excite me that it might introduce new models. Why? Because I have no doubt that Apple will continue its obsession with thinness and planned obsolescence, a marketing strategy that leaves me numb, disheartened, and disinterested. I want the best user experience that Apple can deliver and it refuses to give it to me. I no longer even bother to update macOS any longer, and it’s free; there’s nothing new that attracts me more that what has been taken away, little by little, just like… Read more »

“Because I have no doubt that Apple will continue its obsession with thinness and planned obsolescence, a marketing strategy that leaves me numb, disheartened, and disinterested.” That’s a very nice conspiracy theory you have there, Kelly. But when you introduce reality into the equation, that conspiracy theory is revealed to be just a baseless opinion. There is NOTHING to indicate that Apple is “obsessed” with the thinness of its hardware products, in detriment to functionality and user experience. On the contrary, Apple’s focus has been on producing high quality, reliable products, and those products have been rated highest in their… Read more »

One other thing to note. It is expected that all of Apple’s laptops will be receiving major hardware updates (and probably entirely new models to replace the MB and MBA), which will likely be announced within the next few months. So you might want to hold off on your buying decisions for a little while longer, just in case Apple’s new hardware turns out to be a better choice for you.

NorthSaanichBC, So there’s nothing to indicate that Apple is obsessed with thinness, huh? Yeah, there’s also nothing to indicate that Donald J. Trump is a pathologically lying, racist, sexist, delusional egomaniac, either I guess. How about the fact that every time they introduce a new Mac they stress how many millimeters thinner it is than the previous model? How about the fact that they do that even when that thinness doesn’t matter and isn’t even noticeable in normal use (think the 2012 and later iMacs)? And whether or not Apple builds in planned obsolescence is up for debate … I… Read more »

Kelly – You seem a bit confused… you moan that Apple is designing in planned obsolescence (because it would force you to buy new models all the time) and at the same time moan that they’re not giving you any new products – what would be the point of “forcing” people to upgrade if there is nothing to upgrade to?