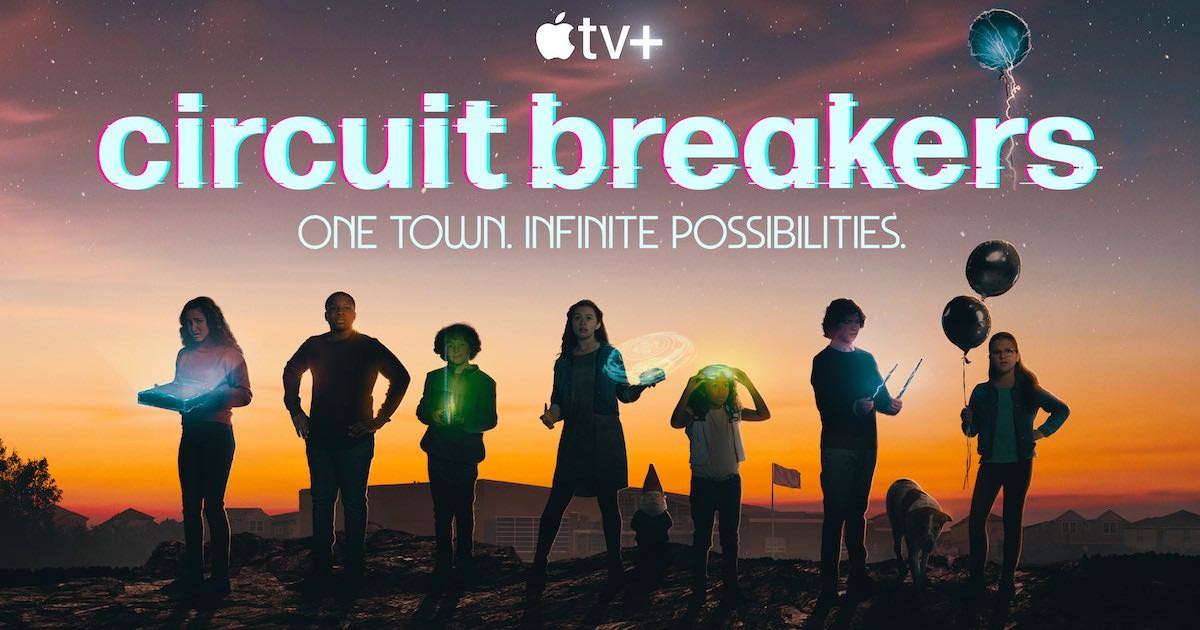 Making it’s global debut Friday, Nov. 11, the sci-fi series features 7 stories involving the challenges kids may face as they make their way through their adolescent years.

Apple TV+ has unveiled the trailer for the new sci-fi kids series Circuit Breakers. Originally seeing an announcement during a wave of family and children programming arriving to Apple TV+, the half-hour anthology series looks to tackle “kid-relatable” issues in a sci-fi setting.

Circuit Breakers is a half-hour anthology series about middle-schoolers in the near future that uses science fiction as a backdrop to tell universal stories about growing up. The series was created by Melody Fox with executive producer Matt Hastings directing three episodes from the season including the pilot. Circuit Breakers is executive produced by Hastings, Andrew Orenstein, Cottonwood Media’s Sarah Haasz, David Michel and Cécile Lauritano, Aircraft Pictures’ Anthony Leo and Andrew Rosen, and Todd Berger. Fox and Gillian Horvath serve as co-executive producers.

Circuit Breakers focuses on twisting sci-fi elements alongside issues kids experience as they grow into adulthood, with the series often asking both kids and families to explore issues presented on the show with each other.

Circuit Breakers is looking to be a series both kids and families can enjoy. Considering that it looks at the challenges kids face as they grow, the series is likely to cover several topics that adults may need to reflect on as well.

In terms of other family content, Apple not only announced a wave of new family programing arriving throughout the fall, but has begun revealing more information about these series. Back in September, Apple TV+ unveiled the trailer for Joseph Gordon-Levitt’s Wolfboy and the Everything Factory, which looks great for those that are fans of Adventure Time.

Additionally, Apple TV+ has also unveiled the trailer for Season 3 of the Emmy Award-winning Ghostwriter, which blends the literary world with mystery and suspense. Given that it’s a reimagining of the series that arrived in the early ‘90s, older generations may not only appreciate the throwback, but may also enjoy the several literary nods the series tackles in each episode. Personally, it will be interesting to see how the show will dedicate an episode to The Rolling Stones’ song “She’s a Rainbow”.

There’s a lot coming to Apple TV+, and there’s plenty just for the adults as well. The streaming service revealed a teaser trailer for the final season of M. Night Shyamalan’s Servant, and the film Raymond & Ray recently became available for streaming on Apple TV+.