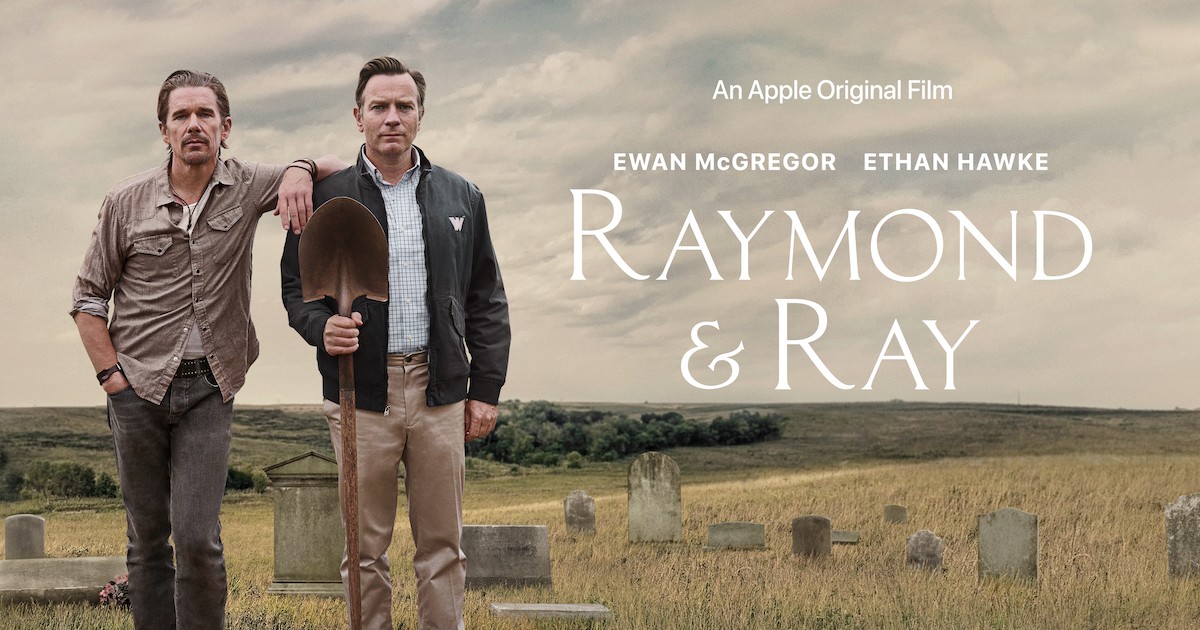 Today the new film Raymond & Ray arrives to Apple TV+, and we’re taking a look at where you can watch it.

Ethan Hawke and Ewan McGregor’s new Apple Original Film has arrived to Apple TV+. Part comedy and part drama, the story follows two brothers that discover their estranged father’s last wish was for the two to bury him, according to IMDB.

Raymond & Ray begins streaming on Apple TV+ today, Oct. 21. Audiences can watch the film through the Apple TV+ app, either on their Apple device or through a third-party device that supports Apple TV+, such as a Roku or Amazon Fire Stick. For patient audiences, the new Apple TV 4K also saw announcement this week.

Users will need an Apple TV+ subscription, which starts at $4.99 or can be packaged with an Apple One subscription. Furthermore, 9to5Mac reports that a native Windows app will arrive sometime next year. Of course, you could always watch Raymond & Ray through tv.apple.com.

There’s a lot arriving to Apple TV+. Recently, the streaming service unveiled the trailer for Slow Horses, and also announced that Zooey Deschanel will be joining the cast of Physical for season 3.

For those looking to celebrate the season, Will Ferrell and Ryan Reynolds’ Spirited will be arriving Nov. 18. Additionally, while you may need an Apple TV+ subscription to watch the new film Raymond & Ray, Apple TV+ has announced that audiences will be able to watch the Peanuts holiday specials for free during certain dates.

Lastly, concerning Apple TV+, the news that Vince Gilligan is bringing a new series to the streaming service is sure to bring in a new audience for Apple TV+.

Are you looking forward to Raymond & Ray? What are you watching on Apple TV+ right now? Let us know in the comments.