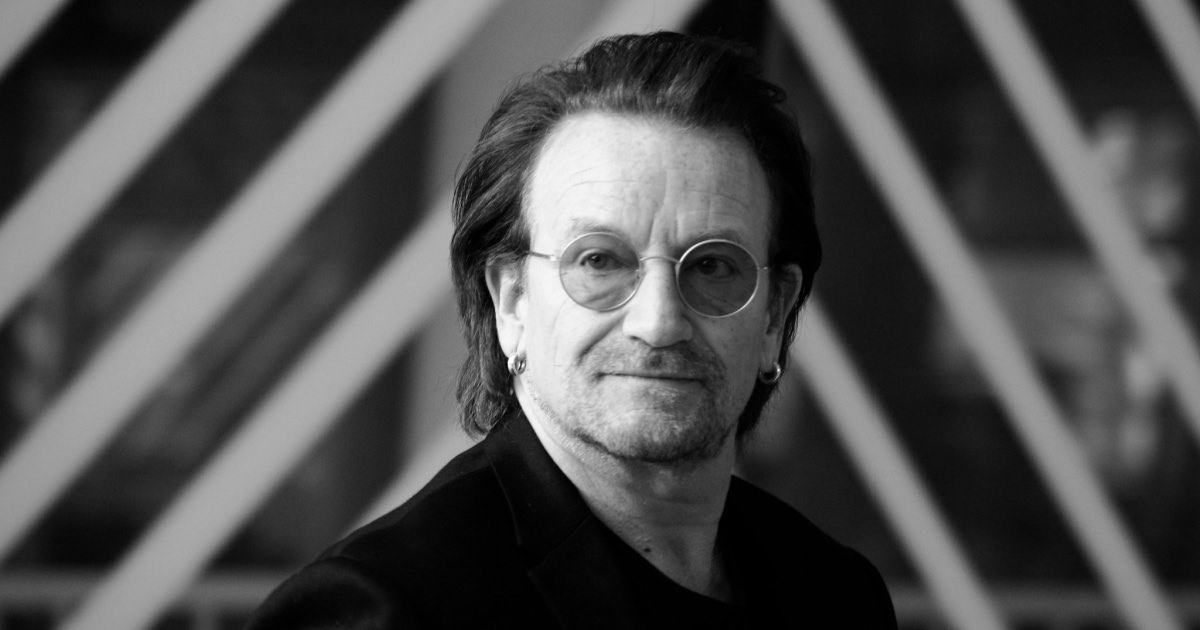 Bono is releasing a new autobiography, and the book features both Apple and the infamous iTunes incident. Remember that time the band U2 injected their album Songs of Innocence into everyone’s iTunes library? Bono does, and once again he’s apologizing. In his new autobiography Surrender: 40 Songs, One Story, the U2 singer not only goes into the history of the iTunes incident, but also details some interesting moments between the band and Apple.

The Guardian has posted an excerpt of the singer’s new book, and within the excerpt, the singer details the band’s relationship with the tech giant, including meeting Steve Jobs at his house.

Within his new autobiography, U2’s Bono (Real name Paul Hewson) goes into the band’s history with Apple and CEO Steve Jobs. Bono starts his story in October 2004, with the band meeting Jobs in order to help promote their new single “Vertigo”.

Apple had a history of groundbreaking commercials, and their latest iPod spots were modern DayGlo pop art. This new song ‘Vertigo’, we suggested, was a perfect fit for one of those ads. If we could agree terms. There was a small complication in that our band doesn’t do commercials. Never had. A decision of principle with a price tag that was rising. Over quiche and green tea Steve explained that he was flattered but didn’t have the kind of budget that a band like ours would expect.

According to Bono, U2 wanted the band to appear in their own commercial, one based off the popular and vibrant silhouette videos that Apple was making for the iPod. Bono stated that the band originally didn’t want paid in money, rather, they first attempted to get Jobs to agree to pay the band in Apple stock, which Jobs immediately refused.

Still looking to make a deal, Bono then suggested that instead of stock, what about a custom iPod for the band? Bono suggested a custom U2 iPod that was black and red. However, Jobs insisted that Apple keep its products white.

Steve looked nonplussed. Apple, he said, is about white hardware. ‘You wouldn’t want a black one.’ He thought for a moment. ‘I can show you what it would look like, but you will not like it.’

While the band didn’t get any Apple stock, they did walk away with their own custom iPod that saw public release. However, this exchange between U2 and Apple not only set the stage for Apple to release the custom U2 iPod, it also set the stage for Songs of Innocence to see inclusion within every iTunes users’ library ten years later.

Getting on the Record

According to Bono, the band asked CEO Tim Cook to give iTunes users the album for free. Cook reminded Bono that Apple was doing its best to not give away music, in order to ensure that artists get paid. Bono, however, insisted that Apple pay for the album and then give it away to users, comparing the idea to Netflix. Cook agreed, and on Sept. 9, 2014, Apple and U2 gave everyone using iTunes a copy of Songs of Innocence, whether or not the user wanted it.

Reactions about the decision were poor, to say the least. Bono stated,

I take full responsibility. Not Guy O, not Edge, not Adam, not Larry, not Tim Cook, not Eddy Cue. I’d thought if we could just put our music within reach of people, they might choose to reach out toward it. Not quite. As one social media wisecracker put it, ‘Woke up this morning to find Bono in my kitchen, drinking my coffee, wearing my dressing gown, reading my paper.’ Or, less kind, ‘The free U2 album is overpriced.’ Mea culpa.

Eventually, Apple would provide users the ability to delete the album from their devices. At the same time, Cook took the problem in stride.

If you need any more clues as to why Steve Jobs picked Tim Cook to take on the leadership of Apple, this is one. Probably instinctively conservative, he was ready to try something different to solve a problem. When it went wrong, he was ready to take responsibility. And while he couldn’t fire the person who put the problem on his desk, it would have been all too easy to point the finger at me. We’d learned a lesson, but we’d have to be careful where we would tread for some time. It was not just a banana skin. It was a landmine.

While many were upset at U2’s decision to release Songs of Innocence in such a subversive way (iMore notes that only around a quarter of users gave the album a listen upon release), iMore also notes that the concept itself helped pave the way for streaming music as we know it today, in thanks to subscriptions.

How do you feel about U2 adding their album to everyone’s iTunes library? Let us know in the comments.

2 thoughts on “Bono of U2 Apologizes Again for the iTunes Debacle, Shares Stories About Apple in New Autobiography”