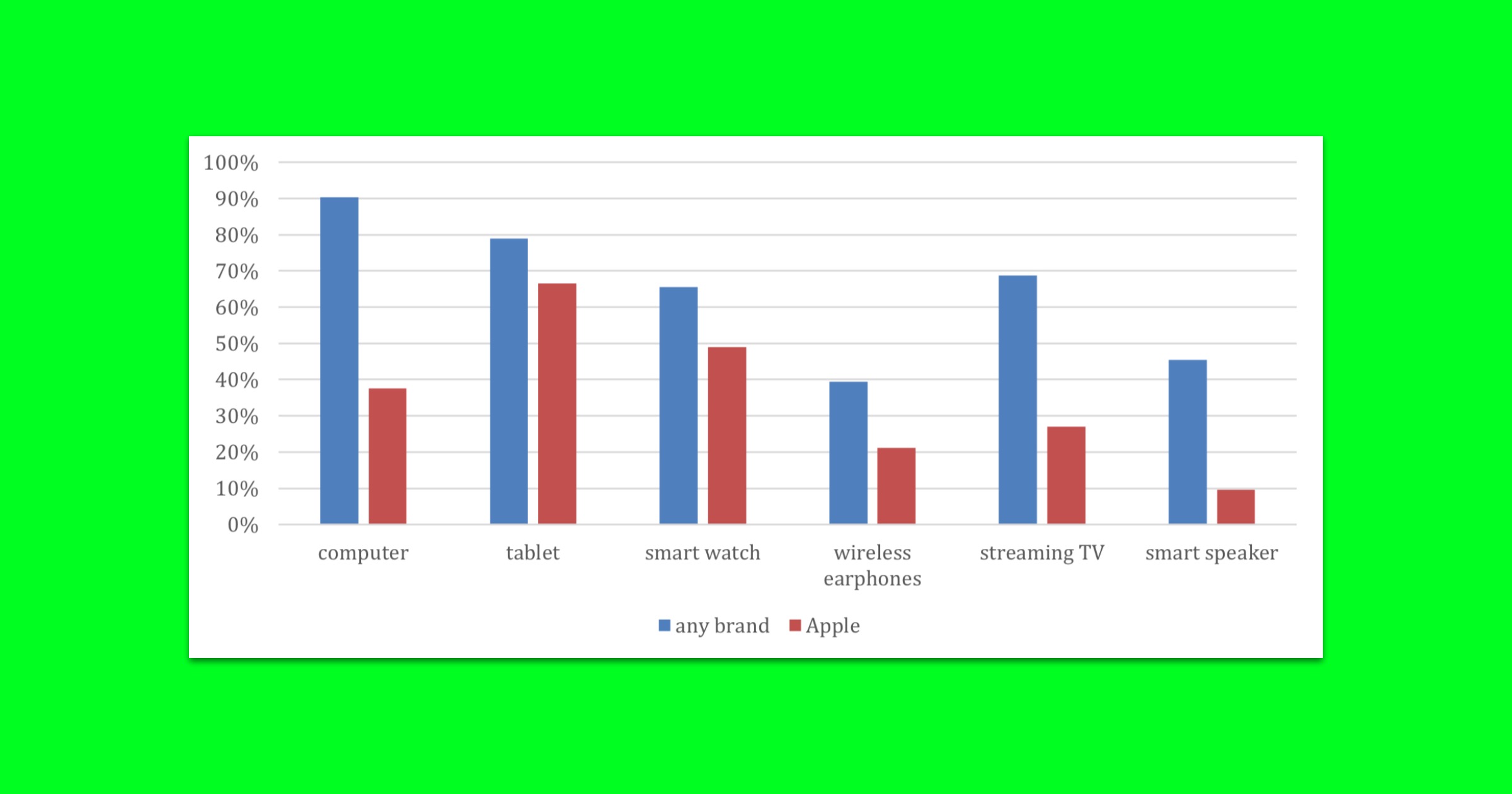 The latest analysis from Consumer Intelligence Research Partners (CIRP) examined some of the common products that iPhone owners own. To no surprise, they’re likely to stick with the Apple ecosystem.

This study is based on a survey of approximately 900 Apple customers in the U.S. that purchased an iPhone in the twelve-month period ending in June 2021.

CIRP analyzed the device ownership of US Apple customers that purchased an iPhone in the twelve months ending with the June 2021 quarter. The product categories they examined are:

iPhone owners tend to have mobile devices, like iPad, Apple Watch, and AirPods. If they do own a personal computer, it’s not likely to be a Mac. They also own fewer Apple TVs and fewer HomePods than Amazon Echos, Google Nest/Home, and competing streaming devices.

Mike Levin, CIRP Partner and Co-Founder: “Apple has failed to replicate its mobile success in selling home-based devices. Almost all iPhone buyers have a PC, but Apple does not dominate, with only 41% of the market. Apple also has relatively low shares of the streaming TV device segment, where over two-thirds of iPhone buyers own one, but only 39% of them own an Apple TV box.”