Apple reportedly has plans to make it easier for developers to create unified apps for the iPhone, iPad, and Mac. Project Marzipan will let developers create a single app with an interface that adapts to the device it’s running on. 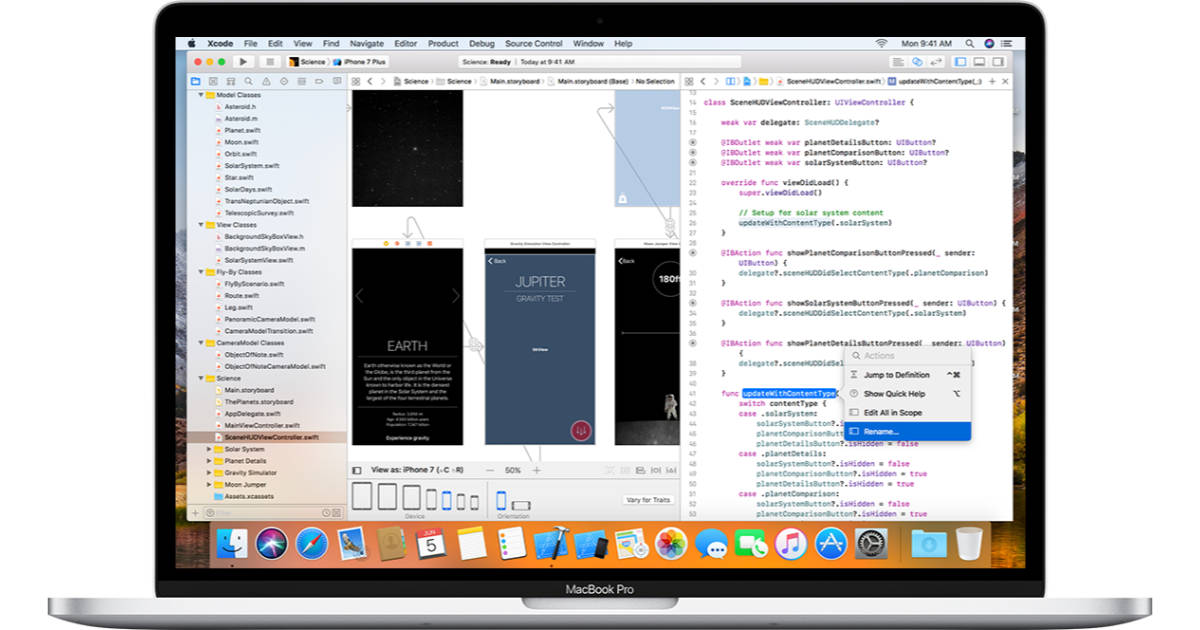 Apps may someday run on macOS and iOS

Sources speaking with Bloomberg say Apple could roll Project Marzipan into macOS and iOS as early as next year. If so, we’ll likely see some sort of announcement at Apple’s annual Worldwide Developer Conference next spring.

These new universal apps will offer the same functionality on iOS and macOS, but with interface elements that are appropriate for each device. Launching an app on an iPhone or iPad, for example, will show touch-based interface elements. On a Mac, those would change to mouse and trackpad elements.

This could be a way to spur development for Mac apps that otherwise languish while their iPhone and iPad counterparts get updates. It could also boost app sales since users could buy once and use everywhere, or at least pay to unlock other platforms after getting the app.

With Apple planning on giving developers a way to write macOS and iOS unified apps, does this mean we’re moving towards a single platform, or at least the end of the Mac? At least for now, most likely not.

Marzipan may be more like Rosetta, the platform Apple includes with earlier versions of macOS so users could still run macOS 9 applications. But instead of simply being a way to emulate another platform Marzipan will be more like a tool to blend applications for both platforms.

Apple isn’t in a position to ditch the Mac platform because it’s still more capable than iOS on the iPhone and iPad. It’s also the only place to develop iOS apps, and key for graphic design, audio and video editing, and more.

For now, Marzipan sounds like a great tool for cutting down how much work developers have to do to support macOS and iOS. Instead of creating two codebases—one for each platform—they’ll be able to start with a unified codebase for both.

Marzipan may be more like Rosetta, the platform Apple includes with earlier versions of macOS so users could still run macOS 9 applications.

Rosetta allows(allowed) PowerPC apps to run on Intel Macs. It is not specifically related to OS 9. Even allowing for that inaccuracy, it’s not clear if the analogy works. Rosetta works when the application runs and translates code dynamically. I suspect Apple’s Marizpan aims to bake it in at app build ( within Xcode ) time instead with the app simply picking the right device resources ( probably from /Contents/Resources within the app bundle ).