Signal creator Moxie Marlinspike is growing the Signal Foundation and adding new features to the app thanks to money from WhatsApp cofounder Brian Acton.

Since then, Marlinspike’s nonprofit has put Acton’s millions—and his experience building an app with billions of users—to work. After years of scraping by with just three overworked full-time staffers, the Signal Foundation now has 20 employees. For years a bare-bones texting and calling app, Signal has increasingly become a fully featured, mainstream communications platform. With its new coding muscle, it has rolled out features at a breakneck speed…

I wish I could use Signal but none of my friends use it.

Vicki Boykis wrote yesterday about Apple’s privacy, current flaws, and how the company should do better (I agree!)

So, here we are, in 2020, with Apple in a bit of a pickle. It’s becoming so big that it’s not prioritizing security. At the same time, it needs to advertise privacy as a key differentiator as consumer tastes change. And, at the same time, it’s about to get canclled [sic] by the FBI, China, and Russia.

And while it’s thinking over all of these things, it’s royally screwing over the consumer who came in search of a respite from being tracked. 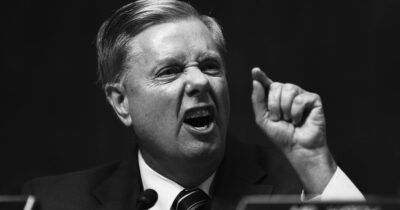 Everyone from the Department of Justice, the FBI, and politicians like Senator Lindsey Graham are attacking encryption, calling for backdoors for the “public good.” But people who understand security are cautioning against such a move. This week Representative Ro Khanna forwarded a letter to Lindsay Graham from the Defense Department’s Chief Information Officer Dana Deasy.

As the use of mobile devices continues to expand, it is imperative that innovative security techniques, such as advanced encryption algorithms, are constantly maintained and improved to protect DoD information and resources. The Department believes maintaining a domestic climate for state of the art security and encryption is critical to the protection of our national security.

The DuckDuckGo Smarter Encryption feature will automatically give you the encrypted HTTPS version of websites as they are available.

It’s available on DuckDuckGo’s mobile browser for Android and iOS, and through the company’s desktop browser extension for Firefox and Chrome. DuckDuckGo is also open sourcing the code behind the feature so other sites and platforms can adopt it as well. First up? Pinterest.

I especially like how they’re open-sourcing it for others to use.