Consumer drone manufacturer DJI fixed a security flaw in its website and apps. The DJI security flaw—revealed today—could have been bad.

The vulnerability, revealed Thursday by researchers at security firm Check Point, would have given an attacker complete access to a DJI users’ cloud stored data, including drone logs, maps, any still or video footage — and live feed footage through FlightHub, the company’s fleet management system — without the user’s knowledge.

It doesn’t sound like any customer data was actually accessed, but DJI and CheckPoint say it would be difficult to know for sure.

Drone icon made by Roundicons from www.flaticon.com.

Photo company Artifact Uprising is offering customers a chance to print ten photos for free. It only lasts a week.

Apple magnets are inside iPhones, iPads, and Apple Watches. But how do they work, and what functions do they have?

That brings us to the new iPad Pro, with 102 magnets spread all around. On the new iPad, Apple’s using magnets in four primary ways: As a way to firmly attach accessories to the device’s back, as an Apple Pencil attachment, to attach the Smart Connector, and to attach a screen cover while locking or unlocking the device.

Apple Notes can be shared with one person, many persons, or even yourself. This gives you a handy interlinking system to build a note network.

Yesterday the creator of Photopea did a Reddit AMA (Ask Me Anything). Photopea is free Photoshop online.

My name is Ivan Kutskir, I am 28 y.o. and live in Prague, the Czech Republic. I studied Computer Science and I enjoy programming. I am the author of www.Photopea.com , which is an advanced image editor, that works in a web browser. There was about 1.5 millions of visitors in October. After the first 7 000 hours of work (around 5 hours a day during 3.5 years), I haven’t made a single dollar (it was just my hobby during the college). Then, I put advertisement into it, and it makes me a decent income now (decent for a single person in Prague).

I had never heard of Photopea before, but I played around with it and it’s an impressive tool. 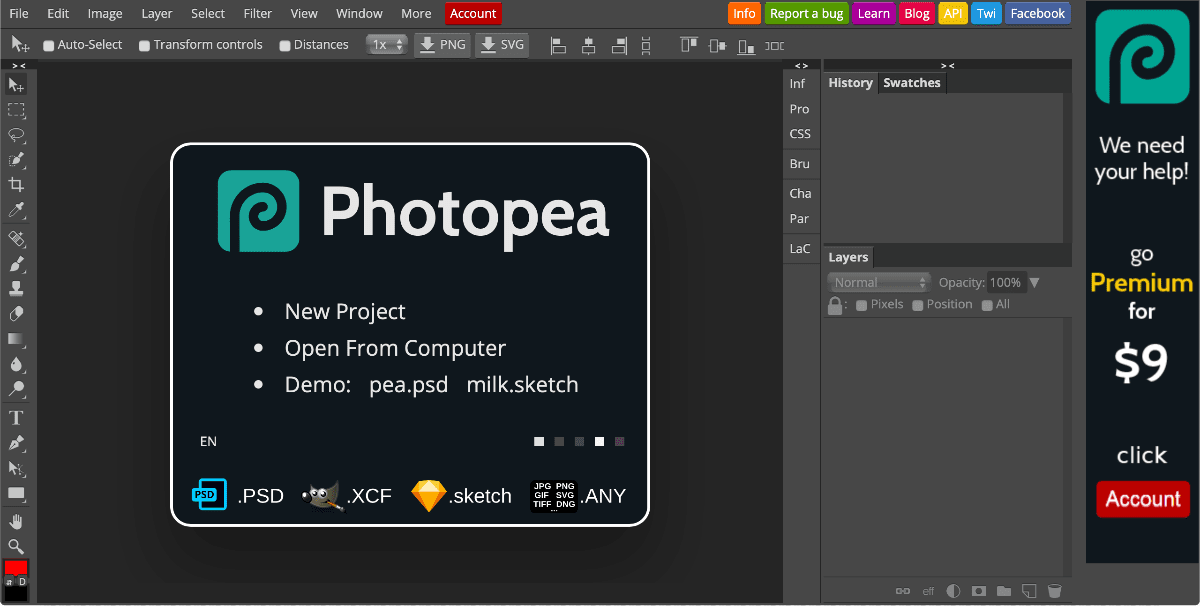 For two and a half years China Telecom re-routed a lot of U.S. internet traffic to China. It’s not clear if it was intentional or a mistake.

As the following traceroute from December 3, 2017 shows, traffic originating in Los Angeles first passed through a China Telecom facility in Hangzhou, China, before reaching its final stop in Washington, DC. The problematic route, which is visualized in the graphic above, was the result of China Telecom inserting itself into the inbound path of Verizon Asian Pacific.

Now, it could be a bug in the internet’s Border Gateway Protocol (BGP). Or it could have been malicious (ALLEGEDLY) seeing how Washington D.C.’s traffic was compromised.

We’ll also explain how to restrict the cookies and other data websites can save locally on your laptop. It’s up to you whether you let sites track your identity across the web to better personalize the ads you see, but you should know the options that are available.

Mining bitcoin is bad for the environment. According to a new paper, mining one dollar’s worth of bitcoin takes twice the energy to mind the same value of copper, gold, or platinum.

One dollar’s worth of bitcoin takes about 17 megajoules of energy to mine, according to researchers from the Oak Ridge Institute in Cincinnati, Ohio, compared with four, five and seven megajoules for copper, gold and platinum.

Mining bitcoin takes a lot of computing power, and those computers likewise need a lot of energy.

If you’re a Chase Sapphire, Chase Freedom, or Chase Ink card member, you’re eligible for this

According to the Financial Times, which I can’t link here due to its paywall, Apple could be trying to woo radio listeners of color with its iHeartMedia grab.

Even with its mounting debt and impending bankruptcy filing, iHeartMedia has a crushing grip over the radio industry with over 850 stations. Nielsen research found black people spend more time listening to the radio than any other ethnic group averaging more than 13 hours a week, making them a prime target for Apple’s radio expansion dreams.

Personally, I think that’s an odd conclusion to draw from the iHeartMedia rumors, and I don’t think Apple has ever set out to target a specific audience.

Ben Bajarin argues that the Apple Pencil 2 is the iPad Pro’s mouse, especially with the new gesture support.

Apple’s new gestures clearly support this theory. Apple may be easing people into this new functionality but the idea of a multi-touch function on the Apple Pencil seems like a logical path forward. At the moment, you can customize the double tap gestures on Apple Pencil to switch between the two tools you use the most.

I agree with Mr. Bajarin; when you double-tap on the Apple Pencil 2, think of it as a right-click. The iPad Pro doesn’t need a trackpad or mouse, and I personally hope Apple won’t add them. Those are legacy tools.

The social network known as Gab is back online. Its previous host—GoDaddy—withdrew support and hosting because of accusations that Gab was a haven for alt-right users. The Pittsburgh synagogue shooter was a member.

Rob Monster, the founder and CEO of Gab’s new host Epik, wrote a blog post defending his firm’s decision. He acknowledged that Gab had a duty to “monitor and lightly curate, keeping content within the bounds of the law”.

However, he also said he felt that Gab’s founder Andrew Torba was “doing something that looks useful” and described Gab’s removal from the internet as “digital censorship”.

I’ve never used this platform but if it really was mostly comprised of alt-right people, therein lies the problem. It becomes an echo chamber that only serves to reinforce pre-existing opinions and world views. Even if it was a left-leaning platform, the echoing results would likely be similar.