On April 27, it was reported that Apple is discontinuing its AirPort base station products. They’ll be available only while supplies last.

[Apple Discontinuing AirPort Base Station Line is No Surprise ] 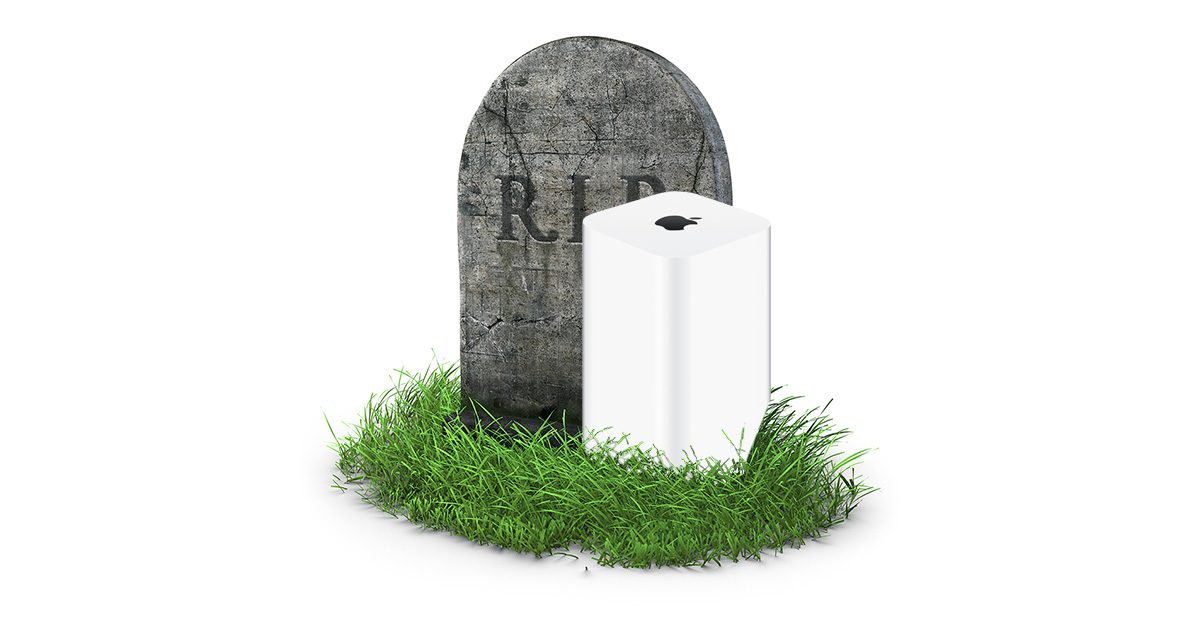 Apple calls it quits. Why?

The question is, is this a mistake by Apple? At first glance, it appears so. I saw two good articles that argue for this being a strategic error by Apple.

The first article is more strategic in its view. Apple needs a cornerstone product for all its home infrastructure: Macs, iPads, iPhones, Apple TV and HomePod. And home automation. The second by Ben Lovejoy gets into specifics. He provides six counter-arguments to Apple’s decision. All are sound, but #3 hits home.

Third, we live in an age when security has to be a concern for everyone. A no-brand router made in China with unknown firmware is a risk, especially in the age of smart homes. A rogue router potentially has the ability to allow access to everything from your heating system to your front door lock. With Apple firmware, we can be pretty confident it’s secure.

All that said, one has to ask why a competent company like Apple would make such a decision. Surely, we cannot claim that Apple is mistake-prone. (But Apple does make mistakes.) Secondly, we cannot suggest that Apple “lost interest.” Individuals lose interest. Companies lose their vision.

Clearly, Apple made this decision because it believes that this market is no longer in its strategic and financial interests. That could be for several reasons. Perhaps, the ISPs are subsuming the home integrated router-wi-fi-base station market. (And yet, ISPs allow customers to install their own equipment.) Perhaps Apple didn’t want to engage in the mesh Wi-Fi market thanks to patent or licensing issues. Perhaps AirPort sales were declining. Apple invests in growing, not shrinking markets.

On the other hand, the fact that Apple allowed its position in this market to deteriorate in the first place suggests that the product manager didn’t have the authority to develop and market an evolving vision of what Apple should be doing in the home to marry advanced Wi-Fi technologies with its own wireless products. Or perhaps the vision was there and it foresaw a new, emerging technology, such as 5G, that would more or less eliminate the need for home Wi-Fi. That’s debatable.

Often, an enduring vision makes a case for future opportunities. Somewhere, along the way, someone at Apple failed to make the case to the executive team that home users, going forward, need the ease-of-use, security, and quality of an Apple router/Wi-fi base station. And the resulting conclusion was that ensuring Apple’s place in the secure, integrated home ecosystem, in this regard, is no longer important.

That’s something to ponder. Right now, from what I’m seeing, that’s a mistake because customers want to place their communications trust in Apple, and this company, now and down the road, can take that to the bank.

Next Page: The News Debris for the week of April 23rd. Amazon’s obsession with our homes.

I wonder if Beats would consider making a high-quality AirPlay 2 device that also works as an AP?

AirPorts have been my go-to APs since the beginning, and I’ve had a largely positive experience with them. The Time Capsule has been a great “fire and forget” wireless backup solution which has averted data loss on multiple occasions and also enabled recovery after problematic OS upgrades.

I have tried a bunch of APs and none have worked as well, but now I’m interested in suggestions for superior APs as well as an easy to use, reliable, wireless, and fully compatible Time Machine solution.

I remember these same arguments when Apple discontinued their printers. Nobody misses them now.

The printers did not have the same differentiation that Apple’s network devices have. Not at all, and that’s the reason why this move is a mistake.

I look at the smart speakers, and smart appliances, and smart houses, and Amazon having the ability to go into your house to deliver things, and the upcoming personal robots that will tell the mothership your every wish, and preference, and move, and I keep wondering: Am I the ONLY person who gives a damn about privacy and security any more?

Well, no. Counting myself and the wife, there are about 26 of us. We happy few…

Sometimes I wonder when NOT having these devices and robots monitoring you all the time will fit a profile. “What? He doesn’t have a robot that watches him have sex? He must be an enemy combatant. Bring him in Danno.”

To say Apple is short-sighted to discontinue Airport is a HUGE understatement. Every time Apple dumbs-down any of their products or discontinues a product like Airport, which I’d looked to them for safety, reliability and security… my opinion of Apple diminishes and I have thoughts of Linux.

I came fairly close to going Linux a couple of years ago. I was waiting for the new MacBook Pros. What Apple released were not “Pro” machines, but they dfid have an absurd price increase. Oh but it had a cool row of changing icons above the keyboard. Whoopti $&[email protected]##$en do. I was not just disappointed, I was offended. I seriously looked at Linux systems. In the end I got a 27 inch iMac, but only because I realized most of my mobile computing was on the iPad now. But it was a close thing.

I think Apple should keep AirPort/Time Capsule and add mesh networking or AirPort capabilities into HomePods.

John et al: The ‘clear’ and ‘simple’ take on your PD title is ‘Yes’, it is short-sighted for Apple to discontinue Airport products, for all the reasons that the ZDNet and 9 to 5 Mac articles, as well as some of the comments, make; but that does not rule out HL Mencken’s https://www.brainyquote.com/authors/h_l_mencken concluding adjective of it being ‘wrong’. Nor am I arguing that it is wrong, but there are alternative views on this. Permit me to suggest just one. Apple are all about solutions to the complexity of managing our digital lives, but beyond that are two elements; that… Read more »

Apple may something in the works, a mesh system perhaps.

Need my AirPort Express to stream music over non-AirPlay speakers; have not yet found a replacement router that has optical output. This is a bummer.

It’s been my experience (albeit a limited number of non-Apple products) that the other makers of Wi-Fi routers cater to the Windows world and Mac users are an afterthought – in both capability, control SW, and support.

Thanks for the link. I vented. Told them how could you claim to be a strong advocate for privacy and yet abandon the product that is the home network’s gateway to the privacy and security cesspool that is cyberspace?

Give Apple your feedback:

You can’t buy another wireless router that doesn’t look like it has an ugly alien attached to it. If for no other reason, give us a design that we can stand to look at. My 5th gen AEBS is still cruising along fine and is plenty fast enough for my 200/10 Mbps ISP connection -even with 8 devices attached.

Another agreement here. Most especially with regard to AirPlay. I have 3 x AirPort Express handling music throughout my house and they have been great. Discontinuing this sounds like a step backwards, especially as AirPLay 2 is supposed to arrive “real soon now”.

Agreed. With new WiFi protocols, 5G and ATSC 3.0 on the horizon, one might think Apple is planning new routers that might drop etherrnet if anything. That they’re looking to add something to the HomePod to make it more desirable, that they’re “Thinking Different”.